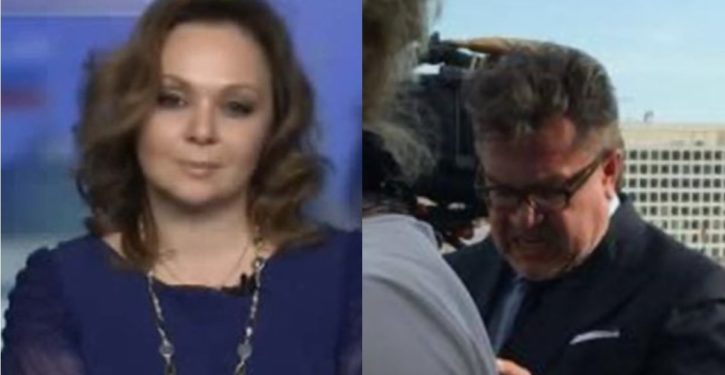 The mainstream media have gone to high warble on Saturday over another leak of confidential government information to the New York Times, this one involving “the first confirmed private meeting between a Russian national and members of Mr. Trump’s inner circle during the campaign.”

The meeting in question reportedly occurred on 9 June 2016, in Trump Tower, and was honchoed by Donald Trump, Jr.

The previously unreported meeting was also attended by Mr. Trump’s campaign chairman at the time, Paul J. Manafort, as well as the president’s son-in-law, Jared Kushner, according to interviews and the documents, which were outlined by people familiar with them.

The Russian lawyer was Natalia Veselnitskaya:

The Russian lawyer invited to the Trump Tower meeting, Natalia Veselnitskaya, is best known for mounting a multipronged attack against the Magnitsky Act, an American law that blacklists suspected Russian human rights abusers. The law so enraged Mr. Putin that he retaliated by halting American adoptions of Russian children.

Ah, yes.  The Russian lobby against the Magnitsky Act.  Now, where have we heard about that before?

Wait – I know.  It was back in May 2017, when I published this post on the connection of Fusion GPS to the Russian lobby against the Magnitsky Act.

I won’t rehash the whole thing here.  It speaks for itself, even if we don’t know whether Seymour Hersh still allows the shady Mr. Rinat Akhmetshin to park antique motorcycles in his driveway.

The salient points are that Fusion GPS is the opposition-research firm that shopped the “dodgy dossier” on Trump around Washington in 2016.  And Fusion GPS was hired by Akhmetshin to help in the overall Russian effort against the Magnitsky Act.

The role of Fusion GPS was – go figure – to dig up dirt on an American witness, William Browder, to the illegal shenanigans of Russian firms which Sergei Magnitsky, a Russian tax lawyer, had uncovered, before he was imprisoned and reportedly tortured to death by the Putin regime.

(You will no doubt remember that Fusion GPS was hired by the Democrats in 2012 to dig up dirt on Mitt Romney and his associates too.)

Although NYT mentions the Fusion GPS connection, it gives the matter short shrift in its article.  The Times’ focus is on the point that Ms. Veselnitskaya is “a tool of the Russian government,” in the words of William Crowder.

But what does that make Fusion GPS, which was, by the same token, working for the Russian government to defame and discredit William Crowder?

I’d say it makes Fusion GPS (a) non-credible, and (b) suspect, in all its odd path-crossings with the Trump campaign.  Too many things alleged against Trump keep mapping back to Fusion GPS.

Fortunately, Circa reporters Sara Carter and John Solomon did not give the Fusion GPS angle short shrift.  They managed to provide the full version from Trump’s lawyers of what happened in the case of the 9 June meeting:

Shortly before his father was formally nominated for president last summer, Donald Trump Jr. was approached by a Russian lawyer who set up a meeting to discuss a Russian policy, according to interviews with Trump family lawyers.

President Trump’s eldest son briefly gathered others for the meeting, including his brother-in-law Jared Kushner, as well as then-presidential campaign manager Paul Manafort for the meeting at Trump Tower in New York City with the lawyer, identified by Trump family lawyers as Natalia Veselnitskaya.

Veselnitskaya used the meeting in June 2016 to have a conversation about a U.S. law called the Magnitsky Act that Russia leader Vladimir Putin reviles and has retaliated against by blocking U.S. adoptions of Russian children.

The encounter was short and the Trump team had no further contact with the woman or the policy issue, lawyers said.

This summary comports with the statement of a Trump legal spokesman cited in the NYT article:

Late Saturday, Mark Corallo, a spokesman for the president’s lawyer, issued a statement implying that the meeting was a setup. Ms. Veselnitskaya and the translator who accompanied her to the meeting “misrepresented who they were,” it said.

Circa got more information, however:

The president’s legal team said Saturday they believe the entire meeting may have been part of a larger election-year opposition effort aimed at creating the appearance of improper connections between Trump family members and Russia that also included a now-discredited intelligence dossier produced by a former British intelligence agent named Christopher Steele who worked for a U.S. political firm known as Fusion GPS.

“We have learned from both our own investigation and public reports that the participants in the meeting misrepresented who they were and who they worked for,” said Mark Corallo, a spokesman for President Trump’s legal team. “Specifically, we have learned that the person who sought the meeting is associated with Fusion GPS, a firm which according to public reports, was retained by Democratic operatives to develop opposition research on the President and which commissioned the phony Steele dossier. ”

“These developments raise serious issues as to exactly who authorized and participated in any effort by Russian nationals to influence our election in any manner,” Corallo said.

Given the history of Fusion GPS (which includes the usual Hillary Clinton links), it is all too believable that the company may have set up the meeting solely for the purpose of getting it on the schedule of one or more Trump campaign principals.

Circa points out, as NYT does not, that (as noted in my post in May) Senator Chuck Grassley (R-IA) has been pursuing the Fusion GPS-Russia connection for months now:

The connection drawn by the president’s lawyers between Veselnitskaya and Fusion GPS comes from a letter this spring by the Senate Judiciary Committee chairman Charles Grassley, who disclosed that Fusion GPS also provided litigation support in the Prevezon case. …

Grassley has asked the Justice Department to look at all the connections and is seeking information from Fusion GPS on whether opponents of Trump funded the creation of a salacious intelligence dossier to hurt his presidential bid. The FBI has said it has been unable to corroborate many of the allegations in the dossier that involved Trump.

To channel the Jesse Stone character Luther “Suitcase” Simpson (played by Kohl Sudduth in the series of Tom Selleck movie adaptations), “Information is out there.  All you have to do is let it in.” 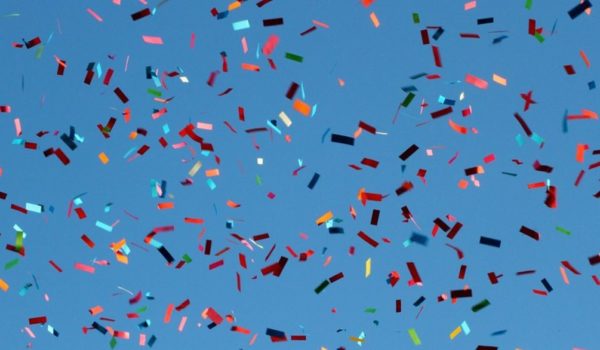