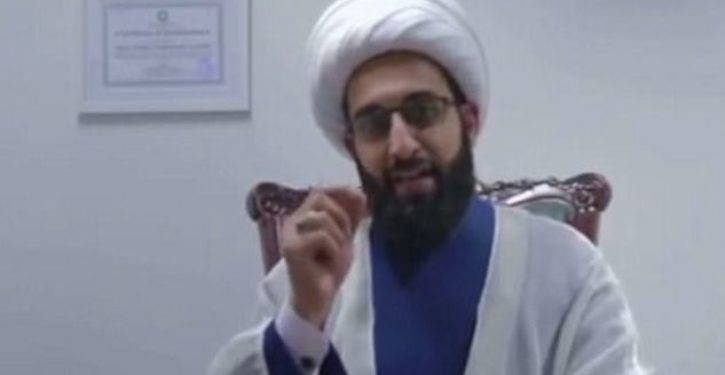 Cleanup in Aisle 4! A shopper there dropped a jar of truth, and liberals are going ballistic at the sight of the contents.

On Tuesday, an Australian imam spoke up regarding the case of a fellow countryman and doctor named Tareq Kamleh. Kamleh, who also answers to the name “Dr. Jihad,”  fled to Syria in 2015 and was not seen again until Tuesday, when he turned up in a newly released ISIS recruitment video.

In the clip, which follows, the bad doctor can be heard spouting the usual terrorist propaganda as he calls on lone wolves to target the Aussie homeland. He urges Muslims everywhere to head to Syria and join the caliphate. He also calls for bloodshed against nonbelievers.

After watching the video, the cleric, Mohammad Tawhidi, was incredulous. But then he dropped this bombshell:

Kamleh, who has assumed the name Abu Yousef al-Australi, also states in the video that Muslims who fail to join the fight against the heathens “have no honor” and “no self-respect. You have no love for fellow Muslims.” He ends his minute-plus spiel by urging unable to travel to Syria to enact jihad wherever there are.

But the real story is Tawhidi and the reaction of Muslim leaders, who have called him a “fake” cleric for telling the truth and expressing his loyalty for Australia. In April, he released a video of his own in which he acknowledged being an Australian first and admitting that he would die for his country. In the video, which follows, he laments:

I am considered a fake because I glorify the Australian flag.

I am considered a fake because I reject Sharia law and live by the Australian law.

He may a fake to the fanatics with whom he takes issue. To anyone else, he is a patriot.