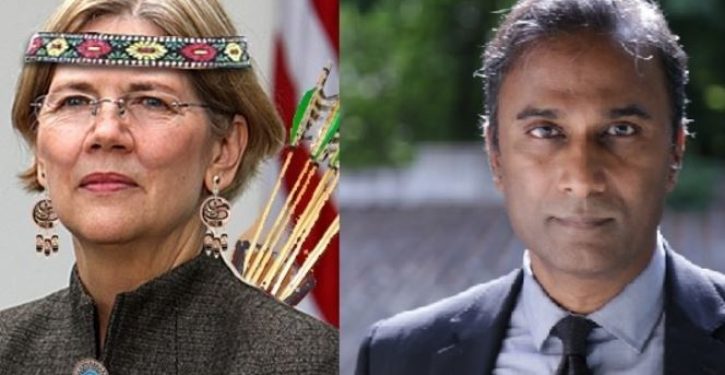 In case you missed it, [score]Elizabeth Warren[/score] had a birthday last month. It’s not too late to send the senator from Massachusetts a gift, though be advised if you send her a DNA testing kit, she will likely return it.

That was the action taken by Warren (whose tribal name is Paleface Squaw with Forked Tongue) when she received a 23&me DNA test kit from V.A. Shiva Ayyadurai, a Republican who is challenging her for her Senate seat. Yesterday, Shiva, posted this hilarious tweet:

Shiva, who announced his candidacy in February, has made Warren’s already widely debunked claim to having American Indian ancestry a centerpiece of his campaign. Other tweets he has posted play off the theme that he represents a chance for Bay Staters to elect a “real” Indian, which is slightly tongue in cheek insofar as he was born in India.

ONLY a REAL INDIAN can defeat THE FAKE INDIAN. Kindly donate $5, $25 or $100 at https://t.co/BKH4CvPRbS to support #SHIVA4SENATE. pic.twitter.com/BiW9ADgCcw

His candidacy itself is something of a lark since early polling in the Senate race, which is still over a year off, shows that only 9% of registered voters have ever heard of him.

What on earth possessed Trump to tweet video of him body slamming, pummeling CNN?
Next Post
NYT chides Trump: You’ve made it so scary for illegals to come to U.S. that they’re staying home