This ruling by the D.C. Court of Appeals certainly has the look of a special pleading, designed solely to make sure the Obama-era rules on methane emissions by the oil and gas industry get implemented.

In the present case, the new rules were proposed and adopted by the Obama EPA in 2016.  After the rules were finalized, fifteen states filed lawsuits against them.  Fourteen of the states joined a lawsuit claiming that the EPA violated its own charter to propose regulating methane emissions:

API, a trade association that represents America’s oil and natural gas industry, filed a lawsuit stating the EPA violated federal regulations to reinterpret parts of the Clean Air Act, so that it could regulate methane. The association has called on the U.S. Court of Appeals for the District of Columbia to review the agency’s actions.

The industry lawsuit was in the D.C. Court of Appeals this spring, but consideration of it was suspended at the request of the Trump administration, because the Trump EPA was undertaking a review of the Obama-era rules.

In conjunction with the review, EPA head Scott Pruitt ordered a 90-day stay of implementation for the methane regulations (which started on 2 June).  A delay of that length accords with his statutory authority during regulatory reviews.

Environmental lobby to the rescue

So in early June, environmental groups sued to have the 90-day stay vacated.  In an impressive display of collaborative speciousness, the environmentalist plaintiffs argue, and the appeals court majority (in a 3-3 split) concurs, that Pruitt’s EPA doesn’t really have the authority to delay implementation, because the plaintiffs feel it’s patently obvious that his delay represents an arbitrary “final decision” about the regulations.

One way to put it is that they don’t want the Trump EPA to get away with not implementing the regulations on schedule, because they’re sure Pruitt intends to rescind them.

But let’s let the majority opinion speak for itself on this matter:

By staying the methane rule, EPA has not only concluded that section 307(d)(7)(B) [of the Clean Air Act] requires reconsideration, but it has also suspended the rule’s compliance deadlines. EPA’s stay, in other words, is essentially an order delaying the rule’s effective date, and this court has held that such orders are tantamount to amending or revoking a rule. As we explained in a very similar situation, where an agency granted an application 7 for interim relief from a safety standard while it reconsidered that standard: “In effect, the Administrator has granted a modification of the mandatory safety standard for the entire period of time that the petition is pending. There is no indication that the Secretary intends to reconsider this decision or to vacate the grant of interim relief. Thus, the Secretary’s decision represents the final agency position on this issue, has the status of law, and has an immediate and direct effect on the parties. Therefore, we have no difficulty concluding that the Secretary has issued a final decision . . .” [See link for citations.]

So they’re mind-readers there on the D.C. Appeals Court.  (Set aside for the moment the salient point that the EPA has every right to rescind the methane rules, if it finds, in a due-process review, that adopting them was the wrong move in the first place.)

The dissenting opinion neatly demonstrates that the majority actually acknowledged, in its own opinion, that the delay for reconsideration only postpones the rule’s effective date:

[T]he Court concludes EPA’s decision to stay the rule pending reconsideration is subject to judicial review, claiming the stay is “final agency action” “with respect to” complying with the rule. See Op. 7. It also characterizes the stay as “essentially an order delaying the rule’s effective date.” Id. at 6.

The dissent then applies some refreshing common sense to the question of what a stay (the EPA’s implementation delay) means in this case:

But hitting the pause button is the antithesis of ending the matter. The Court presumes a certain outcome from EPA’s reconsideration, one that a stay alone gives us no basis to presume. A stay is, of course, “final” as to whether one must comply with the rule during reconsideration—just as a trial court’s evidentiary determination is “final” until the time for appeal ripens. That some agency action resolves itself does not render it “final.” If it did, every interlocutory action that leaves compliance to the discretion of the regulated party would justify judicial review. The stay is “essentially” nothing but a stay, and it does not qualify as “final agency action” under the two-part inquiry set forth by the Supreme Court.

There are other arguments made in the opinion, and you should review them all for a fuller understanding.  But keep in mind that nothing in this ruling gets at the underlying concern of the plaintiff states and the oil and gas industry: that the EPA overreached its charter by concocting the new rules in the first place.  The lawsuit treating that complaint is in suspended animation at the moment.

Basically, the environmentalists want to force the industry to start complying with the regulations — compliance that would be extraordinarily costly and severely impede oil and gas operations (see Jazz Shaw’s Hot Air link above for some good links on the estimates about that) — to make them a fact on the ground, while Pruitt and the EPA are dogpaddling behind, obeying the law with their formal review.

Contrast this situation, just for starters, with President Obama’s incessant habit of unilaterally delaying implementation of Obamacare regulations, and changing them outright from what congressional Democrats voted into law in 2010 (see here as well).  In that case, the issue wasn’t even whether a federal agency was following the law in its review process for its own regulations.  The issue was that Obama, the executive branch, was blatantly ignoring or arbitrarily amending the law written by Congress, the legislative branch.

By January 2016, the Galen Institute counted 43 delays or amendments of Obamacare rules, by Obama alone.  Certainly there are political explanations for this.  But there are no legal explanations for it.  There is only the political reality that Obama was catering to constituencies by breaking the law in this manner, and there was hardly anyone with sufficient motive to sue him over it.

Keep in mind further that the Obama administration was so determined to impose methane rules that it used the Bureau of Land Management to approach them from a different direction.  The industry and thirteen of the states filed suit in November 2016, arguing that BLM has no charter whatsoever to enact such rules.

If you think Congress is going to step in to throw a brake on this runaway train, you may want to think again.  The BLM rules came up for a vote in Congress this spring, using the terms of the Congressional Review Act of 1996, and the Senate narrowly rejected the proposal to rescind the BLM rules.  (The industry lawsuit had been suspended in the courts at the same time as the suit against the EPA, at the Trump administration’s request.)  Congress, of all places, should consider whether the BLM is empowered by anything in its legal charter to make such rules.  But two senators, in a 51-49 defeat, decided not to.

Interior Secretary Ryan Zinke is having the rules reviewed for amendment, but told Congress in June that they would be enforced as-is during the review.

The infrastructure of government penalizes honesty

It’s hard enough to rescind or amend federal agency rules — at least if you’re doing it honestly and following the law.  (The Obama administration too often operated dishonestly in this regard, in ways that few ordinary citizens have any understanding of.  See this example from 2010, in which OSHA effected a transformational change in its basis for writing regulations — one that clearly exceeded the intent of Congress in OSHA’s charter — by slipping a notice into the Federal Register that it was going to make the change, and waiting out the comments period for it to become a fait accompli.  With a Democratic Congress at the time, and no media coverage, this dishonest approach got the job done — with long-lasting effects that only Congress can probably now correct.)

The law governing the process is the Administrative Procedure Act of 1946.  Scott Pruitt’s EPA argues that it has been complying in good faith with the act’s requirements, and three of six justices on the D.C. Appeals Court agree.  But the other three have intervened to make it virtually impossible for Pruitt to demonstrate that he has the right to exercise his own statutory authority.

Special interest lobbying, politicized courts, and a Congress that increasingly can’t tell a “law” from a folk ballad make it far too hard now to unwrite bad regulations.  Trump has made some headway in this regard.  But, as with too many things in our political and governmental environment, there is too much broken here to fix now by twiddling on the margins. 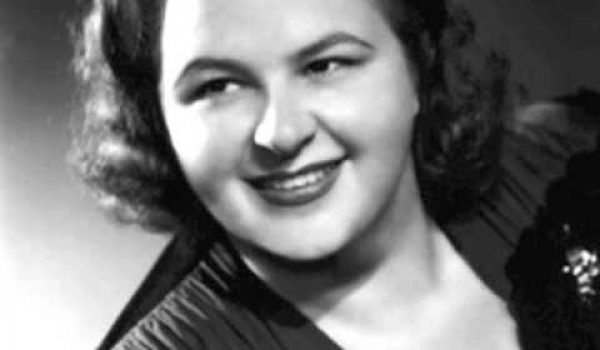