A massive number of Obamaphone recipients are receiving the benefit after lying on their applications, according to a new 90-page report from the Government Accountability Office (GAO).

An undercover sting operation showed ineligible applications were approved 63% of the time, and a review that found that 36% to 65% of beneficiaries in various categories had lied in easily-detectable ways but were approved anyway.

The fraud reached unheard-of proportions because the Federal Communications Commission let the task of screening for eligibility fall to phone companies that profit off of enrolling as many people as possible.

GAO undercover investigators applied for free government phones 19 times using criteria that should have been rejected, and “we were approved to receive Lifeline services by 12 of the 19 Lifeline providers using fictitious eligibility documentation.”

All someone has to do to apply for free cell phone service is say that he is on another welfare program, such as food stamps or disability, known as SSI.

But nationwide, “only 35.5% of people claiming eligibility based on SSI could actually be confirmed as eligible,” the GAO found. That means 64.5% of people appear to have lied and may not even be poor. The rate at which GAO’s undercover applications were approved works out to a nearly identical figure as the SSI metric.

The FCC took applicants at their word and did not consult intra-governmental databases to see whether they were actually on SSI. In Georgia, the percentage who appear to have lied about their SSI status to attain benefits is 79%.

That national rate of 64.5% is three times higher than the next-highest fraud-ridden federal program, the Earned Income Tax Credit, at 24%, according to PaymentAccuracy.gov.

Yet because the FCC doesn’t run data checks necessary to uncover fraud, it officially reports an improper-payment rate of 0.45% — a clearly implausible figure that would make it the second-cleanest program in government.

Democratic Sen. [score]Claire McCaskill[/score] of Missouri requested the audit after she received a mailer at her home encouraging her to sign up for what it assured was a “free” phone. She called for criminal charges against phone company executives.

“Universal service fees” cell phone subscribers pay on their monthly bills supplies the money for the program, formally known as Lifeline, rather than funding from Congress. The Antideficiency Act prevents agencies from spending more than funds appropriated by Congress, so the move effectively allowed the FCC unlimited spending. Mignon Clyburn, the daughter of South Carolina Democratic Rep. [score]Jim Clyburn[/score], headed the FCC for much of the period scrutinized, and she remains a commissioner.

Special interests have aggressively employed a bootleggers-and-Baptists model, with companies who profit greasing the wheels of government with donations and influence-peddling and using poor people as props in marketing campaigns.

When Congress considered reforms, phone companies took out daily full-page ads in publications read by Capitol Hill staffers. The wife of the CEO of TracFone, the largest beneficiary of Obamaphones, was a mega-fundraiser for former President Barack Obama.

A Republican operative who later worked for President Donald Trump’s campaign took money from phone companies and set up a front group that implied that veterans would die if free phones came with more scrutiny.

In an infamous YouTube video during the 2012 presidential campaign, a woman said she would vote for Obama because “he gave us a phone,” adding that “everybody in Cleveland low minority got an Obamaphone.”

The cause of the fraud rates, shocking even by federal government standards, was always clear: The FCC allowed companies with a profit motive to sign up as many people as possible to determine eligibility.

Phone companies swooped into housing projects in vans with neon flashing lights to register users. A woman approached by one such representative outside of a welfare office told The Daily Caller News Foundation Investigative Group the man encouraged her to enroll her two-year-old.

The companies weren’t checking eligibility, and the FCC wasn’t ensuring they did or punishing those who didn’t. Additionally, the FCC failed to provide many companies with the intra-government databases that would give them the ability to perform some checks, the GAO found.

The program “relies on a ‘pay-and-chase’ model of oversight. ‘Pay-and-chase’ refers to making disbursements on the front end and relying on audits or reviews after the funds have been disbursed to check for any noncompliance,” GAO said.

Only no one was doing much checking.

“These reviews are fairly limited,” GAO said. “FCC awarded a contract to … improve the oversight and operation of universal service programs. However, FCC officials told us that FCC subsequently terminated the contract and the study was not conducted.”

When GAO focused on the program and analyzed data, investigators quickly found numerous red flags, any one of which could have been used to deny eligibility, but no one used them.

“We found a total of 5,510 potential internal duplicates whereby the last name, first name, date of birth, and last four digits of the SSN of one record matched another record exactly,” GAO wrote. More than 6,300 recipients were in government databases that showed the phone recipient as being dead.

The only available evidence was that the poor didn’t need the program, and it might not have been fulfilling its stated mission. The FCC has declined to assess whether the program actually provides phones to low income citizens even in the face of previous negative audits.

For a time, there were more Obamaphones in Maryland than there are poor people in the state.

And a Pew Research Center report found that the problem of lack of access to technology is far less than it once was, the GAO noted. The FCC’s own data shows that “millions of Lifeline-eligible households are obtaining voice service without Lifeline,” while the fraud rates show that many of the people who do sign up are wealthier than those who don’t.

“While some academic studies have raised questions whether Lifeline is a costly and inefficient means of achieving universal service, FCC has not evaluated the program to determine whether it is efficiently and effectively meeting its goals, as we recommended in our March 2015 report,” GAO chided.

Instead, the program is being expanded to include free internet. 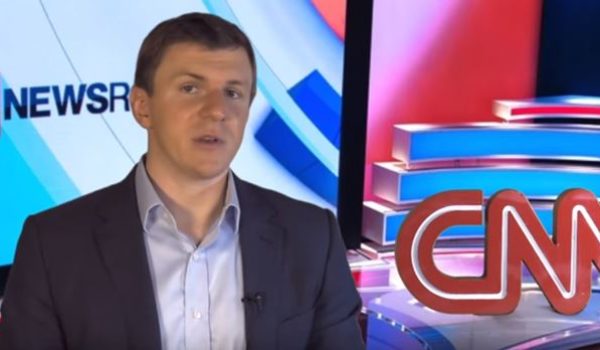