There’s an old saying that goes, “When in Virginia don’t do what Illinoisans do.” Andrew J. Spieles, a 21-year-old James Madison University student, might have done well to heed that advice. As he did not, he will spend between 100 and 120 days in the poky for registering dead people to vote.

Spieles admitted to filing the registration forms for dead folks in August 2016 while making $350-a-week working for a Democratic-affiliated group called Harrisonburg Votes. Apparently he was having problems meeting his quota.

“In July 2016 Spieles’ job was to register as many voters as possible and reported to Democratic Campaign headquarters in Harrisonburg,” a U.S. Attorney’s Office spokesperson said. “In August 2016, Spieles was directed to combine his registration numbers with those of another individual because their respective territories overlapped. After filling out a registration form for a voter, Spieles entered the information into a computer system used by the Virginia Democratic Party to track information such as name, age, address and political affiliation. Every Thursday an employee/volunteer hand-delivered the paper copies of the registration forms to the Registrar’s Office in Harrisonburg.”

Apparently the 21-year-old tried to register the wrong dead people:

The fraudulent registrations, some of which were filed using the names of dead people, were detected when a Harrisonburg elections employee noticed that a new form had been filed on behalf of the late father of a Rockingham County judge. A second employee noticed a problem with another form because she knew the ex-wife of the person named on the form.

They also noticed that the forms submitted in the name of the deceased had incorrect middle names, birth dates, and/or social security numbers. Which shows either that they were fraudulent or that when you die you lose your memory.

Spieles later admitted that he prepared the false voter registration forms by obtaining the name, age, and address of individuals from “walk sheets” provided to him by the Virginia Democratic Party, fabricating a birth date based on the ages listed in the walk sheet, and fabricating the social security numbers. Spieles admitted that he created all 18 fraudulent forms himself and that no one else participated in the crime.

This was not a major voter fraud scandal, just one kid and a few dead people.

“DPVA has a strong record of abiding by voter registration laws, and we are committed to ensuring that every eligible Virginian who has the right to vote is given the opportunity to do so,” Slutzky said.

In case you’re wondering about the Illinois connection hinted at in the opening line, the Democratic Party in that state contacted Spieles and offered him a job. 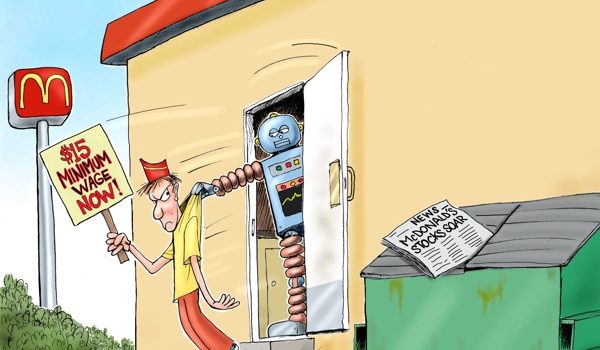