After watching former CIA Director John Brennan testify before Congress on May 23, conservative radio host Rush Limbaugh offered a theory about the whole Russia investigation: It all started with a harmless joke.

Limbaugh: Did you hear yesterday in all the double-talk that Brennan was using, he said that there was no evidence of any collusion, but there was a basis to start a CIA-FBI investigation. Now, what would the basis be if there’s no evidence?…. Do you know what it was? Trump’s joke! When Trump said, put out a call, ‘Hey, Russia, maybe you can find 30,000 emails that Hillary Clinton can’t find.…’ That joke. I kid you not! That joke and the dossier that was totally made up, like Trump hiring prostitutes to urinate on the bed that Obama slept in in Moscow. Those two things are the bases to start all of this. Trump telling a joke.

In late July of 2016, then-candidate Donald Trump made a provocative remark about the investigation into former Secretary of State Hillary Clinton’s email server.

“I will tell you this, Russia,” said Trump. “If you’re listening, I hope you’re able to find the 30,000 emails that are missing. I think you will probably be rewarded mightily by our press.”

Limbaugh claims this comment and a controversial dossier that came to light after the campaign were what spurred the FBI to open its Russia investigation.

While Limbaugh is correct that there’s currently no direct evidence of collusion between Russia and the Trump campaign, he’s wrong about what prompted the investigation. Several campaign advisors had already caught the attention of the FBI prior to both Trump’s remark and the FBI’s interest in the dossier. Also, the intelligence community already suspected that Russia was behind cyber attacks on the Democratic National Committee (DNC) and voter databases in several states.

At a congressional hearing in March, former FBI Director James Comey acknowledged the counterintelligence investigation into Russian interference in the 2016 presidential election.

“That includes investigating the nature of any links between individuals associated with the Trump campaign and the Russian government and whether there was any coordination between the campaign and Russia’s efforts,” said Comey.

Brennan affirmed this on May 23, recounting how interactions between Russian officials and the Trump campaign caught his attention:

I encountered and am aware of information intelligence that revealed contacts and interactions between Russian officials and U.S. persons involved in the Trump campaign that I was concerned about because of known Russian efforts to suborn such individuals. And it raised questions in my mind, again, whether or not, the Russians were able to gain the cooperation of those individuals.

This assessment led the CIA to inform the FBI of evidence it believed warranted an investigation. The “U.S. persons” who Brennan was concerned about were likely Carter Page and Paul Manafort — two associates of the Trump campaign.

The FBI reportedly became interested in Page, a low-level advisor, after he made a trip to Moscow in early July of last year. It is unclear what about the trip generated suspicion, but Page first appeared on the intelligence community’s radar back in 2013 when federal investigators believed a Russian agent was trying to recruit him.

Manafort, who served as Trump’s campaign manager for five months, reportedly came under FBI scrutiny in the spring of 2016 for his close ties to a pro-Russian political party in Ukraine. The FBI had been investigating corruption charges against ousted Ukrainian President Viktor Yanukovych, who Manafort helped get elected in 2010.

The FBI became interested in these two associates before Trump made his “plea” to Russia in late July.

The idea that the FBI opened an investigation because it took a joke too seriously fails to appreciate how concerned the intelligence community was over the threat of Russian interference.

It was already familiar with Russian attempts to interfere in prior U.S. elections, and evidence of cyber attacks began to mount in early 2016.

The FBI warned the DNC that its computer systems were compromised months before it opened a formal investigation, and officials suspected Russia conducted the hacks. They also became aware of attempts to hack GOP systems.

Leaks believed to be from Russian sources began to appear on DCLeaks.com in June, according to a report by the intelligence community.

Then in late July, WikiLeaks dropped 20,000 emails that included damaging information about the Democratic Party right before the Democratic National Convention. This was the first clear indication that cyber attacks may have been perpetrated to harm the Clinton campaign.

Limbaugh concedes that it may have simply been the WikiLeaks emails that really sounded the alarms for the FBI.

“Trump told that joke on July 27 and everybody in the regime has said their investigation began in late July. It might have been the publication of some of Podesta’s emails on WikiLeaks,” admits Limbaugh, “But I really think that Trump telling that joke really got to ‘em.”

Cyber attacks became more extensive in July when the intelligence community discovered that hackers had gained access to voter databases in Arizona and Illinois. These attacks, which intelligence officials suspected originated in Russia, eventually expanded into attempts by hackers to access election systems in 20 states.

According to the intelligence report, agencies also noted a pattern of coverage by Russian-backed media outlets in the U.S. that seemed to disparage Clinton. This information campaign, says the report, added to a growing body of evidence that Russia was actively trying to interfere in the election.

That doesn’t mean the FBI had evidence of collusion between the Trump campaign and Russia — it just means they had evidence of Russian interference. Even an investigation into Trump campaign members doesn’t have to involve the assumption of complicity – the FBI also tries to determine whether U.S. persons are unwittingly helping foreign governments.

Limbaugh also incorrectly claims that the dossier prompted the Russia investigation, even though the FBI reportedly didn’t take an interest in the document until after the WikiLeaks in late July. However, Limbaugh isn’t totally unjustified for criticizing the FBI.

The dossier, which consisted of opposition research a former MI6 agent compiled on behalf of the Clinton campaign, claimed that the Russians had “compromising information” on Trump.

Brennan testified that the dossier was “not in any way used as a basis for the intel community’s assessment that was done.” But that testimony contradicts reports that the FBI referenced the dossier to obtain a FISA warrant for Page.

Comey appears to have regarded the dossier as a useful document even if many of its details were unsubstantiated or even incorrect. In fact, the FBI considered the source credible enough to consider paying the agent to continue his research.

When news of the dossier became public, that deal fell apart, and the intelligence report does not draw conclusions about Russian interference using the dossier.

Limbaugh correctly argues that there’s no direct evidence of collusion and understandably questions an investigation that would rely upon a largely unsubstantiated dossier, but the intelligence community did have serious concerns about contact between Russian officials and members of the Trump campaign. In the context of Russian-sponsored cyber attacks and other circumstantial evidence, the FBI decided to open an investigation. We rate Limbaugh’s claim as false.

This report, by David Sivak, was cross-posted by arrangement with the Daily Caller News Foundation. 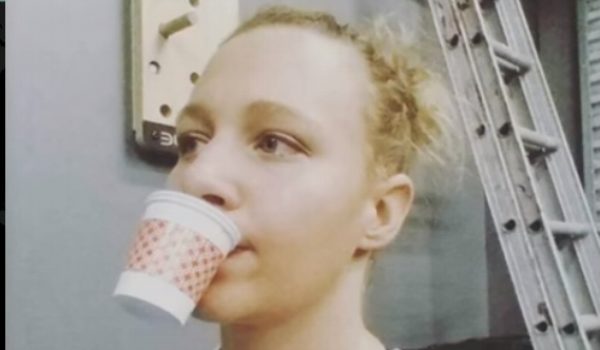