Last week, while chatting with a veteran Republican operative (name withheld upon request) familiar with President Trump’s modus operandi, he shocked me when he said, “I think Trump will kick before the end of his first term.”

When asked to explain he said, “Constant stress, sustained anger, and he eats like a redneck.”

Although it may be inartful to state even privately that Trump “will kick” while in office, a related concept is often quietly discussed among Republicans.

“I don’t think Trump will finish his first term,” is voiced virtually every time Trump’s name is mentioned in conversations with Trump-voting Republican friends and associates. Astonishingly, everyone agrees.

But there is disagreement as to why Trump will not finish his first term.

Obviously, Republicans I know are not a formal focus group. But many work in, or closely follow, politics, and several predicted Trump would win when I insisted “the numbers” indicated he would lose.

On the other hand, Democratic friends are relishing and anticipating nothing less than impeachment.

Here are three reasons why many Republicans think Trump will not finish his first term starting with the reason discussed most frequently.

Recently I spoke with a doctor in a social setting who voiced concern over the very real prospects of a presidential health crisis. The doctor mentioned that Trump’s well-publicized behaviors and other factors combined place the president in a high-risk category.

The behaviors include unhealthy diet, lack of regular exercise, little sleep, and no apparent desire to relax. The other factors are Trump’s age, (he will turn 71 on June 14), noticeable weight gain, and the highest stress job in the world.

This week’s media storm sparked by Trump’s midnight  “covfefe” tweet reinforces fears and amplifies whispers that, health-wise, all is not well with the president.

Given that Trump is a man of action, some Republicans speculate that he will resign on his own accord after concluding that his enemies have thwarted him from “making America great again.”

One Republican theorizes that if multiple investigations become debilitating, ensnare his family, and threaten his business empire, then Trump will conclude that he does not “need this crap” and walk away.

Another theory bantered about is how Trump will be “pressured” to resign if Democrats win control of the House in 2018 and possibly begin impeachment proceedings.

In that case, one can envision a scenario where Republican congressional leaders visit the Oval Office and inform the president that “for the good of the nation he should resign.” Otherwise, impeachment proceedings will paralyze Washington, dangerously polarize the nation, and embolden our enemies.

I call this the “Pence as life raft theory,” and it is supported when you read between the lines of a recent Politico piece headlined:

“Pence to make campaign push amid GOP concerns over Trump.”

“Increased political activity also stokes speculation that the vice president is positioning himself for post-Trump era.”

From a traditional Republican political perspective, talk of a “post-Trump era” should not even begin until after Trump’s 2020 reelection. Then hit full stride after the 2022 midterms heading toward the 2024 presidential election.

Therefore, speculation about a “post-Trump era” less than 150 days into President Trump’s first term could be a dog whistle for a President Pence “life raft” among Republican leaders and the conservative base — the base inspired to support Trump in droves only after he chose Pence as his running-mate.

“May you live in interesting times.”

Every day the news proves this curse is fully operational and driving us all to the brink.

Not so great: 94,983,000 Americans not in labor force in May
Next Post
The 14 silliest reactions to Trump’s withdrawing from Paris climate accord 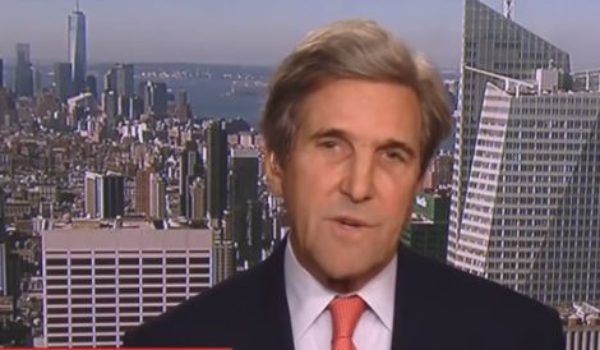