National Review Online got the scoop of the original article on this event from graduate student Andy Ngo, who, until days ago, was the multimedia editor of the Portland State University Vanguard.

NRO chose the stark headline “Fired for Reporting the Truth.”  And that’s a nice editorial decision, focused on the point that Andy Ngo was merely, in fact, reporting the truth.  No more, no less.

But it pays to highlight the “unapproved” nature of the truth, in light of what I wrote about in my “Comey moment” post earlier on Friday.  I’ll look at that aspect of it momentarily.

The short version of Andy Ngo’s story is that he recorded the discussion by a Muslim student at an interfaith panel of the thorny question whether a sharia state can allow non-Muslims to live there in peace; i.e., unmolested.  The question came from the audience, and was based on a Quranic sura about the treatment of non-believers.

Ngo reproduces a transcript of what the Muslim student said:

At one point, a woman in the audience asked the Muslim student if a specific verse in the Koran actually permitted the killing of non-Muslims. “I can confidently tell you, when the Koran says an innocent life, it means an innocent life, regardless of the faith, the race, like, whatever you can think about as a characteristic,” he began. …

At this point, Ngo got his smart phone camera going and recorded the next passage:

And some, this, that you’re referring to, killing non-Muslims, that [to be a non-believer] is only considered a crime when the country’s law, the country is based on Koranic law — that means there is no other law than the Koran. In that case, you’re given the liberty to leave the country, you can go in a different country, I’m not gonna sugarcoat it. So you can go in a different country, but in a Muslim country, in a country based on the Koranic laws, disbelieving, or being an infidel, is not allowed so you will be given the choice [to leave].

Ngo posted video clips of this interlude in a pair of tweets.  Four days later, he was blindsided when his editor-in-chief called him in for a dressing down and a hearty firing.  In the interim, Breitbart had picked up on his tweets, and had posted a story on the panel event.

My editor, whom I deeply respected at the time, called me “predatory” and “reckless,” telling me I had put the life and well-being of the Muslim student and his family at risk. She said that my tweets implied the student advocated the killing of atheists. Another person in the meeting said I should have taken into account the plight of victimized groups in the “current political climate.” The editor claimed I had “violated the paper’s ethical standards” by not “minimizing harm” toward the speaker.

Then he makes this observation (emphasis added):

Moments after publishing the original video, I shared the tweet with the editor and a Vanguard reporter who was at the event. Neither of them expressed any outrage in response back then. The tweets apparently only became “predatory” and “reckless” when conservative sites picked up on them.

This is where we open the post-graduate seminar on the Western world’s problem with truth.  It’s easy enough to recognize the echoes of Soviet-style thought enforcement in the lecture and firing of Andy Ngo.  But our problem with truth today goes deeper than that.

I wrote in the “Comey moment” post about how we yearn for convention and agreement.  We have depended for the entirety of most of our lives on a sense of civic unity about what is true, and the perspective we ought to have on it.

But in recent years, an aperture has been opening among the people, and now the comforting touchstones of convention and agreement are slipping away from us.  We’ve reached the point at which there are many of us – a huge number – who prefer the comfort of their conventional sense about things to the jarring nature of reality.  It’s not so much that the truth isn’t available as that a very large group of people is dedicated, like an insular high school clique, to having the same, agreed perspective on it – no matter what the cost.

It doesn’t take actual book-burning today, to preserve that blinders-on perspective.  But it does take things like firing editors and chanting mindless mantras at people; e.g., about placing “Muslim” “families” “at risk.”  Or pick your own interchangeable inputs; the mantra is the same.

The insular high school clique is deeply invested in having the appearance of convention and agreement on its side.  Truth is there, sure.  It always is, in reality.  The clique is just agreeing to ignore it, or to all not-see it in a certain way.  The only time they feel the need to rigorously silence it is when they know someone has shown up who won’t ignore it.

A key problem in America today is that the price of preserving the appearance of convention and agreement – in politics, in civic understanding – is now ignoring the truth.  Ignore the truth, and you’re approved.  Speak it, and you’re a disrupter.

The old Soviet socialist model made a horrific project of trying to physically, in a thousand intrusive ways, remake the truth for millions of people.  It literally did burn books, but it also locked dissenters away to die, and starved them in the streets, and mowed them down with bullets in mass graves.

In today’s West, truth keeps walking around with us, as blatantly present as it can possibly be.  But in a truly remarkable development, millions of people are clinging to an emotional dependence on what seems like convention and agreement to them.  They’re more desperate for the comfort of complacent assumptions than they are to know the truth or save their own lives.

So we end up with truths that student newspaper editors can handle just fine – by ignoring them – unless the conservatives find out about them.  Then the prospect of disagreement kicks in, and the conventional sense of the clique is at risk.

Unapproved truth, basically, is truth that out-clique conservatives have found out about, and have a view of that differs from the in-clique left’s.  That’s the truth you get fired over.  It’s also the truth that keeps coming out, willy-nilly, from Donald Trump’s eccentric trajectory across our political landscape.

I think a lot of people sense that Trump is an instigating agent in this way, even without intending to be one.  And many people find that unsettling.

But the exposure of truth, after decades of complacency and formulaic convention, is the best thing that could happen to us.  That formulaic convention is the very phenomenon that puts the editor-in-chief of the Vanguard in a position to fire someone for reporting the truth.  This is a familiar pattern in human affairs; and yes, it has happened to us: America, land of the free, with all our exceptionalism and remarkableness.

The most remarkable thing that’s happening, however, is that we are being given a chance to face up to the truth, instead of letting the insular clique kill off entirely our ability to recognize and respect it.  This chance may look like a big mess in the road ahead.  But it is an amazing gift.  We don’t want to blow this one, shipmates. 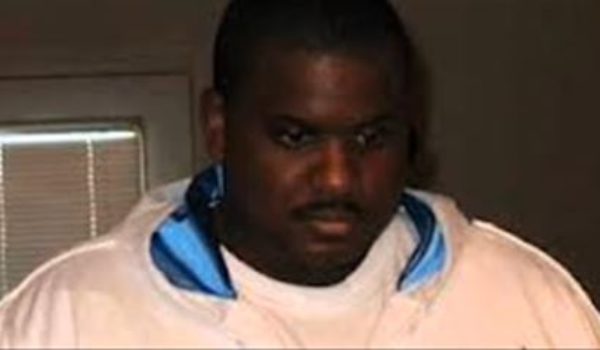