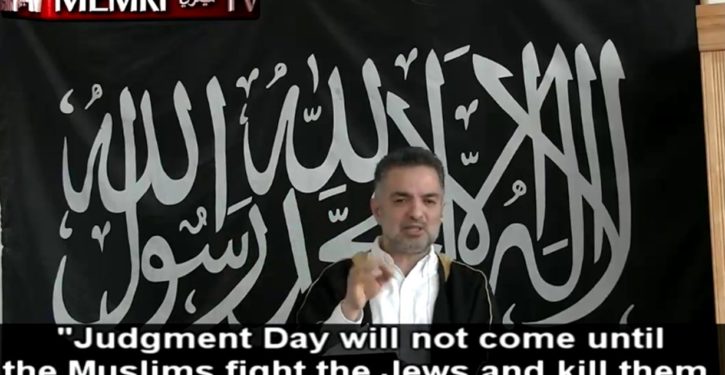 We discussed a few weeks ago the concept of “proleptic dhimmitude.”

I define proleptic dhimmitude as taking on the requirements of dhimmitude in anticipation of Muslim rule. Thus, appeasing Muslim demands for dhimmi behavior before there is any conquest (the normal conditions for imposing dhimmitude). In this case the key (initial) demand, is that infidels show respect for triumphalist Muslims and not criticize them, or their religion.

Let us consider the latest news, below, as an instance of proleptic dhimmitude.  An imam in Denmark has been accused of calling for the murder of Jews.  Some Danish Jews are concerned about that.

Here is the brief against the imam:

Imam Mundhir Abdallah preaches in the working class Copenhagen suburb of Norrebro at the Masjid Al-Faruq mosque, which media have previously linked to radical Islam.

He stands accused of citing a hadith or koranic narrative on March 31 calling for Muslims to rise up against Jews.

“Judgement Day will not come until the Muslims fight the Jews and kill them,” begins Abdallah’s address in footage on YouTube, according to a transcript of the original Arabic provided by US organisation the Middle East Media Research Institute (MEMRI).

The AFP report doesn’t go on to quote the full passage from the imam’s sermon.  But MEMRI has it:

Mundhir Abdallah: “(Soon there will be) a Caliphate, which will instate the shari’a of Allah and revive the Sunna of His Prophet, which will wage Jihad for the sake of Allah, which will unite the Islamic nation after it disintegrated, and which will liberate the Al-Aqsa Mosque from the filth of the Zionists, so that the words of the Prophet Muhammad will be fulfilled: ‘Judgement Day will not come until the Muslims fight the Jews and kill them. The Jews will hide behind the rocks and the trees, but the rocks and the trees will say: ‘Oh Muslim, oh servant of Allah, there is a Jew behind me, come and kill him.’ The rightly-guided state, which will instate the shari’a of Allah, will unite the servants of Allah, will revive the Islamic nation, will wage Jihad against its enemies, will liberate Jerusalem, and will uproot the Jewish entity, that colonialist and Crusader base – that rightly-guided state will soon come to be, Allah willing.”

And there’s no way to interpret the imam’s words as anything but enthusiasm for hastening that day, which he associates with the establishment of a caliphate that will wage jihad, unite the “Islamic nation,” “liberate” Jerusalem, and uproot the “Jewish entity” (that is, Israel), which the imam refers to as a “colonialist and Crusader base.”

His mosque reportedly had a connection to a terrorist attack by an acolyte of ISIS in 2015:

According to broadcaster DR, Omar al-Hussein, who was behind a series of shootings in Copenhagen in February 2015 which left two people dead, had visited the mosque the day before going on the rampage.

The Dane of Palestinian origin had sworn allegiance to Islamic State and shot and killed one person at a cultural centre hosting a conference on freedom of expression, before killing a Jewish man outside a synagogue. Police later shot him dead after he fired on them in a third incident.

Jewish leaders in Denmark have understandably voiced an objection to the imam’s sermon.  (Emphasis added.)

Dan Rosenberg Asmussen, the head of the Jewish community in Denmark, urged police to open an investigation into a possible case of incitement to racial hatred.

“We fear that weak and easily-influenced persons could interpret this kind of preaching as an appeal to visit acts of violence or terror on Jews,” Asmussen told the Politiken daily.

Well, sure.  It takes a weak and easily-influenced person to hear something like that and think it’s an appeal to visit acts of violence or terror on Jews.  Strong, highly-resistant persons would hear the imam’s words and not interpret them as anything bad at all.

The premise of the complaint is absurd; i.e., that it’s not the explicit, unqualified words of the hadith and the imam that are the problem — words presented without mitigating exegesis (e.g., as Christians would explain why the penalties of Law in the Old Testament do not apply in the age of grace) — but rather the concern that “weak, easily-influenced persons” who heard the words might think they mean what they say.

But that’s the mental world of proleptic dhimmitude, as crossed with political correctness.  It’s one giant, continent-spanning, pulsating absurdity.  The strictures of political correctness demand that the imam’s reference to killing Jews be framed as “possible incitement to racial hatred” — although there is no “race” of Jews, and to the extent “race” is even a distinguishable human characteristic, it is just about the least useful way to divide Jews from Muslims.

The strictures of dhimmitude, meanwhile, demand that Islam itself never seem to be criticized.  So even when an imam is quoting a hadith of Mohammed, which says outright that Muslims will be called to kill Jews, no complaint can be seen as a criticism of an Islamic text.  Not even obliquely.  “Weak, easily-influenced persons” must be made the culprits, lest any implied criticism of Islam itself be read into the complaint.

This world of absurdity left behind it long ago anything that law, as the West understands it, can do for the people.  What can law do with any of this; this mish-mash of absurdities and indefinables?  The answer is nothing.  What we have now — today, already, in much of what Europe and even North America do — is not the rule of law, but simply the arbitrary use of force.  Unequally: on behalf of some, but not others.

Fortunately for the Jews of Denmark, it appears that they’re OK with that.  They knew better than to seem directly critical of the content of the sermon.  (Although clerics in the UK are actually being arrested, convicted, and fined for quoting the Bible; e.g., here, here, and here.)

We’ll see what the Danish authorities do.  The AFP report quotes one of them:

Minister of immigration and integration, Inger Stojberg, described the imam’s address as “horrible, anti-democratic and abominable”. 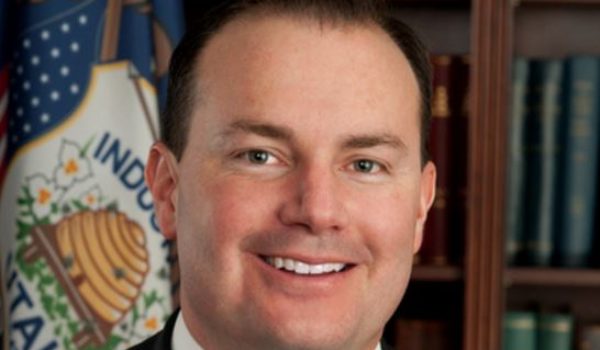