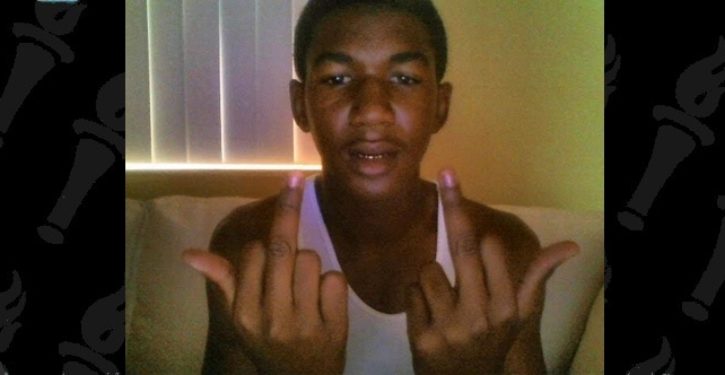 Who know what trajectory Trayvon Martin’s life might have taken had he avoided or at least survived his fatal run-in with a neighborhood watch captain? Perhaps he would have gone on to earn a college degree and enjoyed a successful career.

That’s the evident vision behind the decision of an historically black college to award Martin a posthumous degree later this month.

According to an announcement made Wednesday, Florida Memorial University will confer a bachelors degree in aeronautical science on the late teenager on May 13 in a presentation ceremony featuring Martin’s parents.

Martin died in 2012 after a scuffle with George Zimmerman during which the youth was shot and mortally wounded.

Five years after his death sparked international dialog about racism, social justice and community policing, Trayvon Martin will be honored for the industrial ambitions he held as a teenager growing up in Sanford, FL. Florida Memorial University will posthumously award a bachelor’s of aeronautical science to Martin, to be received by his parents Sybrina Fulton and Tracy Martin during the school’s annual spring commencement ceremony on May 13.

Industrial ambitions? The announcement goes on to specify that Martin had a life-long dream of becoming an airline pilot. That may come as a surprise to his teachers, one of whom he is alleged to have assaulted. This led to one of three suspensions from school, where he maintained what administrators have called a “spotty” record.

A report on this honor by BET claims that the award is a “testament to those who try to keep us from getting into college, and we graduate anyway.”

Someone is trying to keep blacks from getting into college? That’s news to me.

Republicans tear Democrats a new one over their Obamacare hypocrisy
Next Post
Officials in Flint, Mich. shake down residents for millions in unpaid water bills