Between now and the 2018 midterm elections Democrats will make every attempt to prove that their party is on the rebound – fighting back, ready to lead, and unified against President Trump.

Thus, Republicans can assume that the Democrats 2018 message is going to be emotional, self-serving, and comprised of half-truths. One would also expect that the campaigns could be among the most contentious, expensive, polarizing, malicious, and impassioned races in modern political history.

But, other than the obvious, “If you hate Trump vote for us,” what will be the Democrats “bumper sticker” message?

Besides how well those fight’in words look on a button or baseball cap, my reasoning is based on Democrats’ desperation to win the 2018 midterms at any cost. Therefore, absent a “real message” of hope and change (cough-cough), will Democrats dangle the prospect of impeaching President Trump in front of the American people as justification for voting their party back in control of Congress?

The likely answer is “yes.”

Although playing the Trump impeachment card in 2018 has some great short-term benefits for Democrats, on the back side are some serious warning labels. (The greatest of which is discussed at the end of this piece.)

Since Trump’s inauguration, there has been a continuous drumbeat of impeachment talk from Democratic leaders, the loony left, mainstream media, and left-wing fringe media – albeit without any firm legal grounds to justify all the chatter.

By design, Democrats appear to gloss over the Constitutional impeachment requirements of “treason, bribery, or other high crimes and misdemeanors.” Then Democrats know full well that if their purely political impeachment message is repeated loud and often, then action becomes a real possibility in the minds of some voters. (Perhaps enough to win a tight race, which of course is the objective.)

Republicans should expect and plan on the Democrats’ cause and effect message, “You vote, we impeach.”

Today this sounds politically absurd, requiring the consent of the House and two-thirds of the Senate to convict and remove Trump from office – exactly why desperate Democrats will be pushing their “cause” to achieve their desired “effect.” All for show of course!

But, based on Trump’s 43% job approval rating, there are millions of ticked-off Democrats and Independents to whom the “You vote, we impeach” message could have great appeal.

The Democrats’ impeachment message starts at the top with House minority leader [score]Nancy Pelosi[/score]. On Feb. 28, the evening of Trump’s well-received speech before Congress, Pelosi made some revealing remarks, “There are plenty of grounds right now for the current president to be impeached,” she said. But “many of the president’s supporters are not ready to accept the fact that their judgment may not have been so great in voting for him.”

Watch how Democratic leaders, showing “greater judgment” will utilize a contrived impeachment message to stimulate an increase in midterm election voter turnout. Traditionally, and much to the chagrin of the Democratic National Committee, older, white Republican base voters turn out in far greater numbers than younger, female and non-white Democratic base voters.

To help Pelosi win back the House using the impeachment card strategy, her “judgment” will likely lead her to enlist the help of California Rep. [score]Maxine Waters[/score].

Almost daily since Trump took office, Waters, age 78, has garnered so much media coverage that she is now the Trump Impeachment Poster Child. Creating news headlines in an obvious effort to maintain her media momentum, Waters recently said that she would “fight every day until Trump is impeached.”

In concert with Waters beating her impeachment drum are numerous Trump impeachment petition websites providing accompaniment but, most important, using impeachment as a vehicle to raise money.

Milking the cause, are familiar left-leaning groups like MoveOn.org and Change.org. Then last week and, timed with 100 days in office, is Power To Impeach. This new PAC warranted a glowing piece by Eleanor Clift in The Daily Beast and the headline: “With Eye on Winning Back House in 2018, New Dem Group Talks Impeachment.”

Naturally, when the time is right (and jealous of seeing money go to impeachment petition sites) the DNC will likely play the Trump impeachment card to raise big money for themselves. (As a long-time spy on DNC’s list, I will know if and when this happens.)

Impeachment: The Mother of All Messages

The impeachment MOAM offers the Democratic Party the opportunity to energize its base, raise money, unify its ranks, create more Trump Derangement Syndrome, further polarize the nation, and increase midterm voter turnout. For Democrats, what’s not to like? Sadly, impeachment is likely going to be the Democratic Party’s only real message for 2018.

Even though Trump may have some current and previous foreign business entanglements that need explaining, along with that pesky ongoing Russian FBI investigation, and his refusal to release his tax returns — none of these issues appear (at least for now) to rise to the level of “high crimes and misdemeanors.”

Good News, Bad News: Who Can Tell the Difference?

Finally, on the backside of the impeachment MOAM, is an old Chinese proverb aimed specifically at Democrats that reads:

“Good news, bad news: Who can tell the difference?” Here is what it means:

Let’s say the Democrat’s ultimate fantasy is fulfilled. In 2018 they win the House and the Senate and then manage to impeach and convict President Trump. As a result, the nation has been torn apart, and President Mike Pence settles into the White House.

Pence is a well-respected conservative Republican with high approval ratings after conducting himself with great dignity during the “YUGE” impeachment crisis. He is the incumbent president, and incumbent presidents have a winning rate of 68.7%!

President Pence heads into the 2020 presidential election leading a nation that yearns for stability. Now, Democrats and Republicans all together ask, “Good news – bad news who can tell the difference?”

Then add, “Be careful what you wish for, it might come true.” 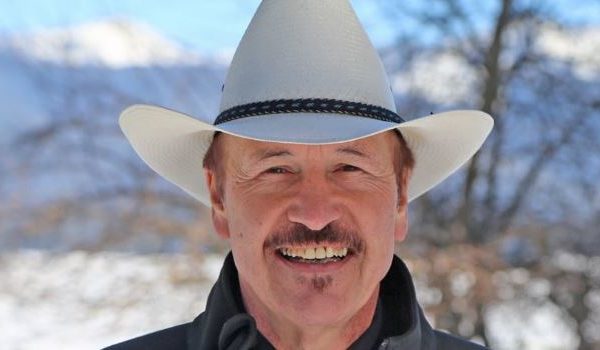