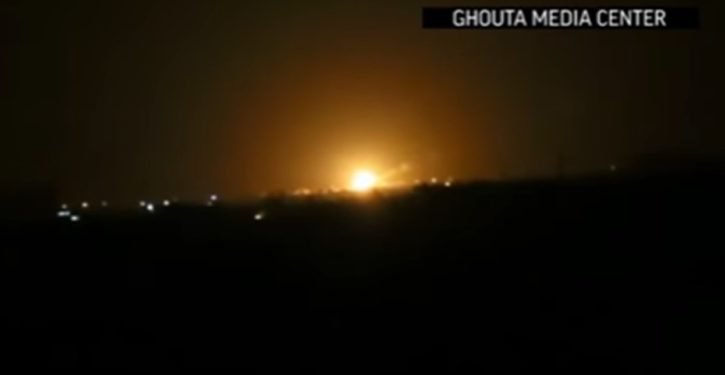 Veteran Iran-watchers like Emanuele Ottolenghi of the Foundation for Defense of Democracies will tell you that Iran continues to fly commercial aircraft into Syria on a regular basis, even though we’ve known for a long time that these flights are being used to arm both Hezbollah and Iranian troops in Syria.

But something apparently triggered Israel to go after what was probably one particular arms shipment at Damascus International Airport in the early hours of 27 April, a short time after at least three commercial flights from Iran landed there the day before.  (I can guess what the trigger was, but if I told you, I’d have to kill you.)

Ottolenghi lined up the flights in his Twitter feed the evening of 26 April:

At the time he was tweeting, it was in the 11 PM hour (2300 hour) in Syria.  The flights he highlights had occurred within a few hours just prior to that.

In the 0500 hour on 27 April, or about six hours later, the first reports of the strike near the airport came out in Arab media.

Some of the early reporting indicated a Hezbollah commander and IRGC personnel had been killed:

The fatality count was as high as nine (ten, counting the Hezbollah commander) in some reporting.

But as the story developed in syndicated news updates, the focus of the strikes appeared to be an arms cache at the airport, and reportedly fuel tanks as well.  The IDF seemed to confirm this in its statement on the matter, later on Thursday.

Although the IDF has not said it conducted the strikes, Israeli Intelligence Minister Israel Katz did issue the following statement:

“The incident in Syria corresponds completely with Israel’s policy to act to prevent Iran’s smuggling of advanced weapons via Syria to Hezbollah,” [Katz] said.

Prime Minister Benjamin Netanyahu had “said that whenever we receive intelligence that indicates an intention to transfer advanced weapons to Hezbollah, we will act”, he added.

No interruption of commercial operations has been reported at Damascus International.  It doesn’t appear that the attack was in or around the cargo area of the main terminal.  Regional reporting has indicated that the area of the attack was “near” the main part of the airport, in a spot Hezbollah is said to use as a hub for transshipping arms coming in from Iran.

The geolocation of observer points on this map, at the southwest corner of the airport compound, shows where the social media reports were coming from.

One of the reports on the Hezbollah and IRGC fatalities came from the location indicated close to the terminal, as seen on the map graphic above.

But the location of the strikes was probably at the auxiliary area southwest of that, where the entire complex is trenched and revetted within an inch of its life, and hub-and-spoke motorways lead to hardened shelters.*  The shelters would be where arms are offloaded and held until they can be moved – as quickly as possible – by trucks overland.

#Mezzeh Military Airport #Damascus. before and after the #strike on the #SyrianArmy Depot pic.twitter.com/FXniJj0FTd

#Mezzeh Military Airport #Damascus. before and after the #strike on the #SyrianArmy Depot pic.twitter.com/TulKwHmgW1

Indeed, other features of the two airfields are very similar, including the presence of numerous military cargo vehicles, and berms around the military parking aprons that look like they require frequent tending.

The use of this military facility at Damascus International would allow Iranian planes to taxi from the main runway and terminal to the offloading area, and then back to the main part of the airport for refueling and departure.

The fuel tanks attacked there probably serviced motor vehicles (and possibly small aircraft and helicopters), rather than the aircraft involved in transporting cargo from Iran.  There are a couple of likely positions for underground fuel tanks, both of them somewhat north of the hub-and-spoke taxiways where the hardened shelters have been constructed.  (Although they’re still in the compound with the extensive military-style defenses.  In any case, the Syrians wouldn’t want the fuel tanks to be too close to the shelters.)

The video most people have seen of the strike appears to show the attack on the fuel tanks.  The enormous fiery conflagration, throwing off the rising fireball, is characteristic of a fuel explosion.  The blast from a fuel-involved explosion is tremendous, and would be felt and heard the farthest away.

Note that in 2013, when Israel attacked an arms shipment at the Damascus International Airport, the targets were located immediately adjacent to the main terminal area.  That’s where the arms cargo was being handled.

In the years since, the Assad regime and Iran have tried to shift around their hubs for handling the highest-value weapons; i.e., the ones Israel would be most likely to swoop in and interdict.  The strike in January was on hardened cargo shelters at Mezzeh Airbase.  Another strike in March – the one followed by the anti-air missile launches from Syria – was near T4 (Tiyas) Airbase between Palmyra and Homs.

The bones of the latest narrative appear to be Iran, Assad, and Hezbollah trying to sneak in another high-value arms shipment via the compound on the southwest end of the Damascus International Airport.  This certainly ought to give us pause, as regards the loosening of sanctions on Iran, and the wisdom of letting Iranian commercial flights flow freely to Syria and back.  (Jeff Dunetz reminds us that the IAF has interdicted worse things than advanced rockets and missiles in its raids on Syria over the last decade.)

But it’s also a reminder of the IDF’s readiness to react on a dime.  Perhaps in the coming days we’ll see damage reports on what was struck at the airport.  It’s a good bet Syria and Iran will have to try to shift their arms transshipment points once again.

On Thursday afternoon, an Israeli Patriot battery shot down what was reported to be a drone coming from Syria – perhaps the lowest-cost token Iran and Assad could come up with, to show their determination to keep trying.

* It’s also possible that the strikes were on the similar area with hardened shelters located at the east end of the main terminal complex (see the overview map).  I consider that less likely, however, partly because the strikes on 27 April don’t appear to have affected commercial operations at the airport.  If the fuel tanks that were attacked were close to the main terminal, it’s virtually certain that commercial operations would have been affected.  Even a less intense blast from strikes on the hardened shelters could have forced a noticeable suspension of airport ops.  In any case, in the satellite imagery, the shelters east of the main terminal don’t appear to have had as much recent use as the ones to the southwest.

Austrian president: To combat Islamophobia, all women may have to wear headscarves
Next Post
Student at one university ordered to stop reading his Bible before class 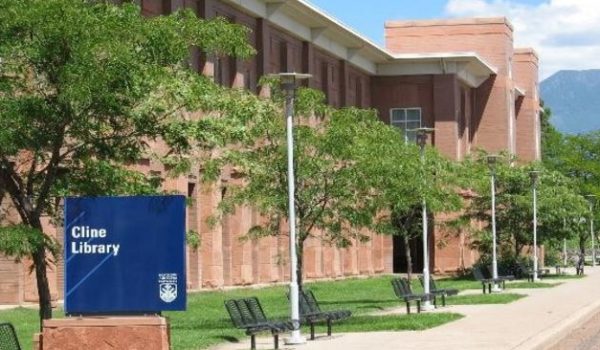