Back in January 2016, I penned a column titled “3 time-bomb issues the presidential candidates are ignoring.” Included in my assessment back then were undeniable dangers posed by infrastructure cyber-attacks, the U.S. government’s unfunded liabilities, and apocalyptic Islam. In the piece I warned, “All three are currently careening out of the government’s control with the potential to negatively impact, dramatically alter, or create tremendous chaos throughout our civil society.”

Sadly, 15 months later and under a new president, these three threats are still growing more dangerous by the day. To make matters worse, two of the three are not receiving the attention they deserve by the media and national leaders in general.

On April 21, three power outages occurred in New York City, San Francisco and Los Angeles, causing commuter chaos and shock waves. “No evidence events connected by anything more than coincidence” read the subhead to an article at WND. But, surely that “coincidence” is being investigated as to whether the outages were a “practice session” for a full-scale coordinated cyber-attack.

Just how vulnerable to cyber-attack is our critical infrastructure? In my January 2016 piece, I quoted then U.S. Director of National Intelligence James Clapper who warned about “a massive Armageddon-like-scale attack against our infrastructure.” Also quoted and voicing his concern about a cyber-attack was FBI Director James Comey, who said, “The logic of it tells me it is coming, and so, of course, I am worried about it.”

More revealing is what Richard H. Ledgett Jr., deputy director of the National Security Agency said in a speech to the Joint Service Academy Cyber Security Summit at the U.S. Military Academy at West Point, New York, on April 20, 2016.

According to Ledgett, the heart of the problem is that “over time ICS has become less secure and providers working on thin profit margins haven’t adequately addressed the security threat.” Moreover, “adversaries are seeing what they can get by compromising those industrial control systems,” said Ledgett, who is retiring at the end of April.

Now, instead of President Trump aiming to spend an estimated $21.6 billion to build a Mexican border wall, wouldn’t it be more prudent if he asked Congress to appropriate billions to help secure and protect ICS by funding cyber-walls?

Let’s face facts – the “providers working on thin profit margins” of which Ledgett spoke do not have extra hundreds of millions of dollars in their budgets for such massive and continuous undertakings. Therefore, since protecting our nation is the No. 1 reason the U.S. government exists, shouldn’t the Feds help bear more of the ICS anti-hacking burden?

Ledgett’s statements were a warning that it is only a matter of “when” and not “if” these industrial control systems are attacked by adversaries, and the only remaining variable is the scale of those attacks.

Maybe I’ve missed it, but it appears that this harrowing national crisis receives little media coverage in relation to its potential for utter chaos.

Better than a crystal ball, those flickering numbers truly reveal our national future, minus any political or media spin. To illustrate the mounting severity of the debt problem, let’s compare today’s numbers to those in my first piece.

However, most chilling are the U.S. unfunded liabilities. These are payments obligated by the government and defined by the U.S. Treasury, to include “Social Security, Medicare parts A, B, and D, federal debt held by the public, plus federal employee and veteran benefits.” Fifteen months ago, unfunded liabilities were $100 trillion. Now they have grown to $105.9 trillion, an increase of almost $6 trillion in 15 months!

Why is this projection so devastating to our national well-being?

Now here is some good news. In January 2016, the U.S. gross domestic product (GDP) was $18.1 trillion. Today it $18.9 trillion, an increase of $800 million. But the bad news is that the U.S. federal tax revenue was $3.3 trillion in January 2016, and today it is still $3.3 trillion. Thus, it does not take a math genius to calculate that the U.S. is on an unsustainable course. Yet, there is no concerted effort in Washington to yell “iceberg ahead” and actually change course.

To prove just how unsustainable is our current economic course, your annual Social Security statement provides the best evidence. My statement, dated March 2017, shows the monthly amount I am eligible to receive when I reach retirement age, but with an asterisk. Then asterisk sentence reads:

“The law governing benefit amounts may change because by 2034 the payroll taxes collected will be enough to pay only about 79% of scheduled benefits.”

That is only 17 years from now. Tick, tick goes the time bomb.

For background on the term “apocalyptic Islam,” please refer to my January 2016 piece. This 2017 update will focus on the current threat as explained by Department of Homeland Security Secretary John Kelly.

On April 18, and for the first time since taking office, Kelly publicly addressed the terrorist threat facing our nation.

Here are his key points as reported in the Washington Free Beacon:

The FBI has “open terrorist investigations in all 50 states.”

There have been at least 37 “ISIS-linked plots to attack our country.”

Kelly warned, “America’s borders remain wide-open and that there is evidence terror-linked individuals are exploiting these national security weaknesses and entering the United States.”

“We are under attack every single day,” Kelly said, “The threats are relentless.”

For the record, here is a complete list of Islamic-linked attacks on American soil, and a list of European attacks since 2001.

Of these three ticking time-bomb issues, Islamic terror is the one the Trump administration is tackling head on, in a very public way.

Meanwhile, infrastructure cyber-attacks and the U.S. government’s unfunded liabilities appear not to be high priorities in Washington – that is, until a 9/11 scale cyber-attack occurs. (God forbid.) Or, maybe it’s when Social Security checks are reduced in 17 years? Perhaps it’s when 80% of the federal budget is consumed to pay “obligations” politicians were too scared to reduce when those obligations comprised only 50% of the budget. 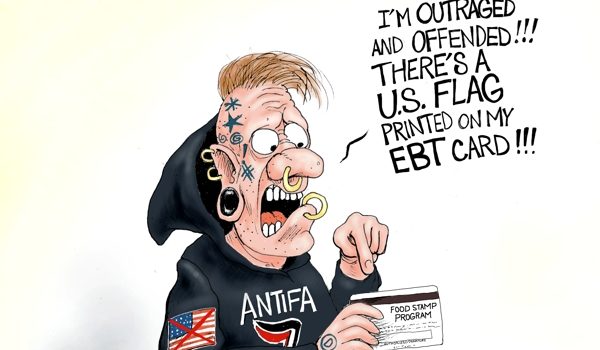