With a recent poll finding that 45% of Democrats long for a new national leader, could Virginia Governor Terry McAuliffe be the man to watch? Even McAuliffe himself is dropping hints. Is that laughter I hear from Republicans saying, “Yes, yes, bring him on”? But I also hear echoes of Democrats laughing at the prospects of running against Donald Trump in 2016 and Ronald Reagan in 1980.

Here are six reasons why the GOP should not laugh at Terry McAuliffe’s presidential rumblings.

1. Terry McAuliffe is ambitious, wealthy, and power-hungry with nothing to lose

By law, Virginia governors can only serve one four-year term. Thus, on January 13, 2018, Governor McAuliffe will become a former governor after only four years of elective experience. But do years in office even matter anymore? Besides, McAuliffe’s strength is his political credentials that far exceed other potential 2020 Democratic candidates. Furthermore, in party leadership circles McAuliffe is a living legend.

In 2008 McAuliffe was chairman of Hillary Clinton’s failed presidential campaign.

Between 2001 and 2005 he was chairman of the Democratic National Committee. During that time in 2004, McAuliffe served on the Clinton Foundation board of directors.

In 1996 he served as co-chairman of President Bill Clinton’s 1996 re-election campaign.

2. McAuliffe is putting out feelers for his 2020 presidential run

The leadership vacuum at the top of the Democratic Party is tailor made for a power-player such as McAuliffe, and he has twice hinted about a 2020 presidential run.

First on February 26 in the New York Times: “Asked if he wanted to be president, Mr. McAuliffe said, ‘I don’t know, I might.’ ”

The second was on March 29 when McAuliffe told ABC’s Jonathan Karl and Rick Klein: “‘You know my personality, go big or go home, adding I’m not thinking about it, but I never take anything off the table.’ ”

Translation: Watch out 2020 Democratic hopefuls. McAuliffe is in exploration mode, and if he decides to move forward, prepare to be crushed.

For decades, Terry McAuliffe was the Clinton’s go-to-money-man-fundraiser-extraordinaire. Then, as governor in 2016, he delivered Virginia’s 13 electoral votes to Hillary’s column and greased the skids that anointed Virginia senator and former governor Tim Kaine as her running mate.

The good news is that in one day before lunch, McAuliffe could reassemble any part of the Clinton machine worth saving. By afternoon he could enlist his own vast network of loyalists, and by happy hour, “Help Terry Dump Trump 2020” will be ready to roll.

But the bad news is that McAuliffe is perceived, rightfully so, as a “son of the Clintons.” Certainly, Clinton fatigue would be McAuliffe’s biggest obstacle, along with his dubious past as a wheeler-dealer businessman. (See President Trump, Donald J. for how to handle that problem.) If McAuliffe were to run, he must first establish himself as his own man, and as governor of Virginia and chair of the NGA, he is doing exactly that.

4. McAuliffe could suck up all the early oxygen from the rest of the 2020 field

Yes, McAuliffe could easily raise well over a billion dollars – what it will cost to run for president in 2020 — but his skill set extends far beyond fundraising. After decades as a top-tier Democratic Party leader, Clinton acolyte, now Virginia governor and NGA chairman, McAuliffe has formed strong alliances with other national leaders. Potentially those relationships might lead to early endorsements, leaving many vacant seats on what looks like now could be a mini-van full of 2020 candidate wannabes.

McAuliffe’s hand-picked successor, Virginia Lt. Gov. Ralph S. Northam, is in a tougher than expected primary race. If Northam were to win his June primary and the general election victory in November, that would signal Governor McAuliffe’s strength in a swing state and act as his national springboard. Currently, McAuliffe enjoys a 52% approval rating. But even more telling will be how active McAuliffe becomes in the Democrat’s midterm election quest to win back Congress. If McAuliffe is in the thick of the national fight, it is a sure sign that his own 2020 announcement is forthcoming.

In 2020 who better to contest President Trump than another multi-millionaire businessman with decades of political experience and tons of business and political baggage?

If McAuliffe “went big” as hinted to ABC News, he will attempt to avenge Hillary Clinton’s 2016 defeat. McAuliffe could joke, “You wanted her but you got me.” Who better than a close family friend who for decades has stood in Washington’s center court playing hardball power games?

My fellow Republicans, are you still laughing? 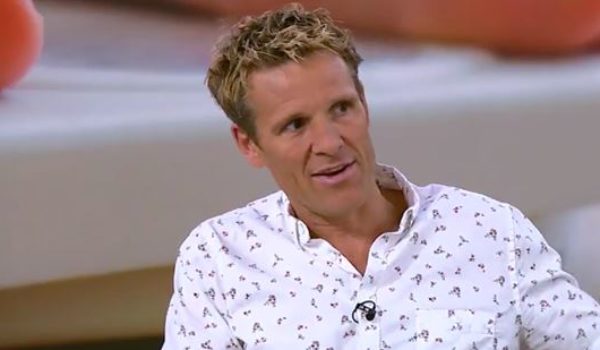 For the Left, socialism denial is Holocaust denial
Next Post
Police reports blame United passenger for injuries he sustained while dragged off flight