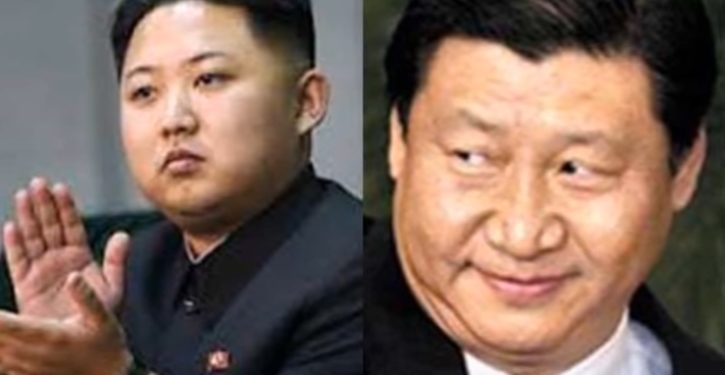 If there were any doubts about the sanity of Kim Jong-un, North Korea’s chubby little despot, this should eliminate any doubt that the guy’s crayon box is missing a few colors. Kim, who last week threatened to sink a U.S. aircraft carrier, is now flexing his muscles in the direction of his country’s only remaining ally and one of the strongest nations in the world: China.

The North Koreans made the threat via an op-ed written by one Jong Phil, of the official Korean Central News Agency (KCNA), apparently as a reaction to China’s threats of sanctions should Kim test a nuclear device.

The commentary read in part:

Not a single word about the U.S. act of pushing the situation on the Korean peninsula to the brink of a war after introducing hugest-ever strategic assets into the waters off the Korean peninsula is made but such rhetoric as ‘necessary step’ and ‘reaction at decisive level’ is openly heard from a country around the DPRK [North Korea] to intimidate it over its measures for self-defense,” the commentary’s introduction in English read.

“Particularly, the country is talking rubbish that the DPRK has to reconsider the importance of relations with it and that it can help preserve security of the DPRK and offer necessary support and aid for its economic prosperity, claiming the latter will not be able to survive the strict ‘economic sanctions’ by someone.”

“If the country keeps applying economic sanctions on the DPRK while dancing to the tune of someone after misjudging the will of the DPRK, it may be applauded by the enemies of the DPRK, but it should get itself ready to face the catastrophic consequences in the relations with the DPRK,” it said.“ [Emphasis added]

It’s an interesting threat considering that if it wasn’t for the Chinese government, more of the North Korean people would starve.

In a related story, President of China Xi Jinping came close to wetting his pants when he heard the North Korean threat — not out of fear but because he couldn’t stop laughing. 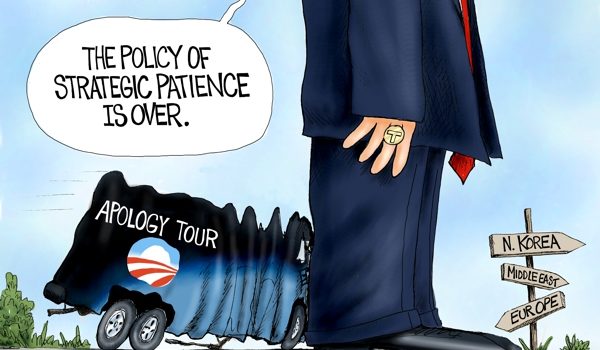 Cartoon of the Day: New sheriff in town
Next Post
Top fundraiser for Clinton Foundation quietly leaves the fold 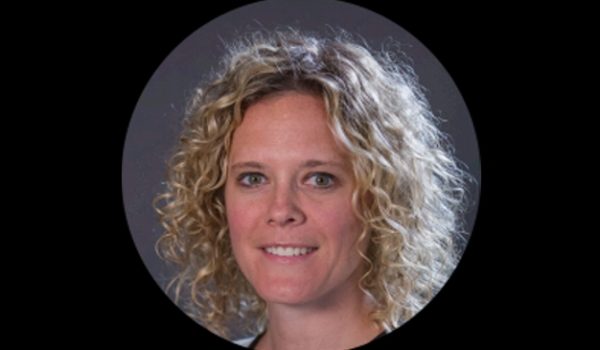