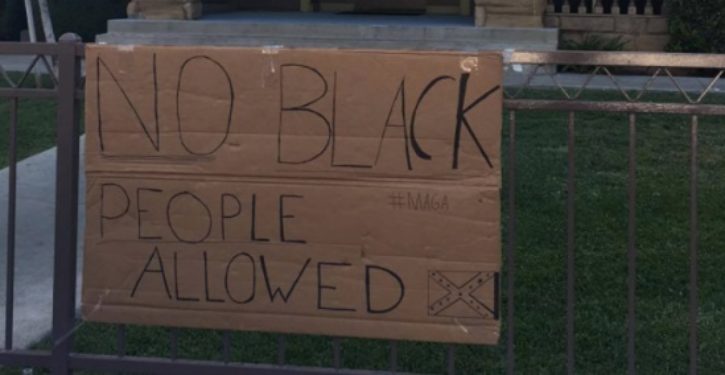 Hate hoaxes on college campuses are becoming so routine that I have found myself tempted to repurpose an extant post, changing the name and age of the perpetrator and location.

But a hoax committed this past week at the University of Southern California boasts a novel twist in that the perpetrator wasn’t a student of the school but merely a neighbor with an axe to grind.

According to The Tab, a student newspaper, a sign reading “No Black People Allowed,” emblazoned with a Confederate flag and the hashtag #MAGA (short for Donald Trump’s campaign slogan), was taped to the gate of a house rented by students.

The residents of the house, who are USC students, said the sign was taped to their gate by a neighbor, a black male who is not affiliated with the university, after a disagreement. According to [the university’s Department of Public Safety] DPS, a camera placed in the area by the university caught it on tape. DPS was able to identify and find the man who made the sign.

The students removed the sign after they found it.

The College Fix has learned additionally that the individual responsible will not face charges since there was “no crime committed.” It’s an interesting development insofar the university would almost certainly have taken stringent disciplinary action against the students if they had placed the sign. According to the website of USC’s Department of Student Affairs:

All incidents of bias, hate crimes, and hate incidents are considered a serious breach of our community expectations (Principles of Community) and need to be reported allowing for appropriate investigation and response. 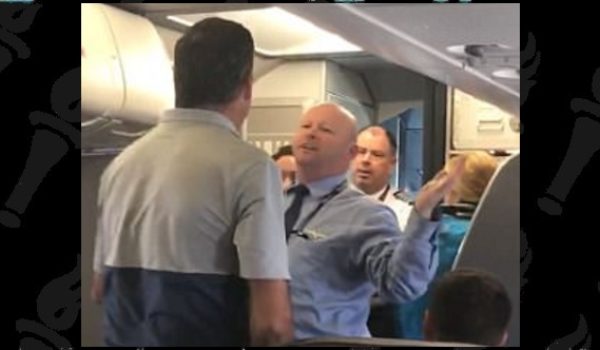