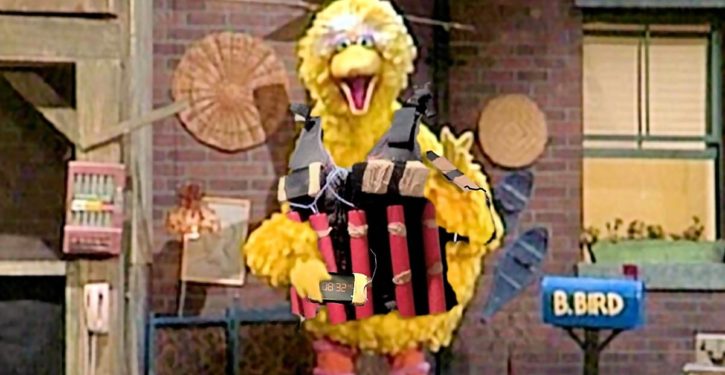 Predictably, when President Trump came out in March with a budget proposal that would eliminate federal funds for the Corporation for Public Broadcasting, defenders of the CPB manned the barricades for Big Bird, the beloved Sesame Street character.

Sesame Street, of course, is one of the longest-running shows on PBS, a subsidiary of the CPB.  Whenever defunding the CPB comes up for discussion, Big Bird is rolled out and depicted as being on the chopping block.  Politico noted in March that the same thing happened in 2012, when Mitt Romney spoke publicly of eliminating funds for the CPB.

Politico was pretty complacent about Big Bird’s future, however:

Wealthy metropolitan areas would likely be able to continue to support their public stations, while poorer rural areas — places that lack access to quality news programming to begin with — would lose out. That could give pause to a number of Republican representatives.

The universality of public broadcasting that supporters argue make it so crucial also make it tougher to eliminate for purely political reasons. There are many federal programs with far fewer fans — and far smaller budgets — whose elimination would be more politically palatable.

Big Bird can likely rest easy — he survived Richard Nixon, Ronald Reagan and both Presidents Bush. He will probably endure Trump, too.

Maybe so.  I think Big Bird would probably survive a withdrawal of public funding just fine, for what that’s worth.

But I’m ready to axe Big Bird and the horse he rode in on, after seeing another offering of PBS, available through its LearningMedia enterprise.  (A LearningMedia sample hosted by the University of North Carolina is here.)

The offering in question is a lesson plan for teachers in grades 9 through 12.  Its subject: “Dying to Be a Martyr.”  (H/t Creeping Sharia, below.)

The lesson plan presents suicide bombing attempts by sympathetic young perpetrators who happen to be Palestinian Arabs, and high school students are invited to discuss why the bombers would or would not go through with their plans.  As Justin Haskins demonstrates at Creeping Sharia, what’s simplest and most informative is just to quote from the lesson plan.

The stated “objectives” for the lesson plan, which is designed for use by students in grades nine through 12, include analyzing “why the Middle East conflict began and continues today,” discussing “how religions can unite or divide people” and explaining “why individuals and groups sometimes turn to tactics of terrorism, and evaluate how terrorism affects the world we live in.”

Explaining why individuals and groups turn to tactics of terrorism?  Why do we need to go to the Middle East for that?

According to the late Obama administration, the way to see this is that we’re not at war with a religion.  So don’t even go there.  The real problem is “violent extremism,” and we’ve got plenty of that right here at home, what with the “anarchists, sovereign citizens, white-supremacists, and others.”  Granted, we’re still waiting for those groups to make with the suicide bombings, per se.  Or with much of anything else, for that matter.  But surely those groups need discussion and explaining too – and they’re much closer to home.

At any rate, Haskins continues:

It’s in “Part 3” the lesson plan takes a disturbing turn. First, students watch a video of 18-year-old Mohanned Abu Tayyoun, a Palestinian terrorist “who entered Israel carrying a bag of explosives with the intention of carrying out a suicide bombing.” Mohanned “wavered, however, and returned home without carrying out the mission.”

In the video, which is called by the lesson plan the “Martyrdom” video, Mohanned is interviewed from a jail cell in Israel, where he is asked why he wanted to be a suicide bomber.

Mohanned responds, “It was my decision. Martyrdom leads us to God. I don’t want this life. When you become a martyr, your prize for carrying out the operation is going to heaven. … We Palestinians prefer to die, just kill ourselves, rather than live this worthless life. Our lives are worthless. We are hollow bodies living a pointless life.”

“Israelis enjoy their life,” Mohanned continued. “They go out at night. They have cafes and nightclubs. They travel all over the world. They go to America and Britain. We can’t even leave Palestine.”

Teachers are then instructed, “Check for understanding by asking students to respond to the focus question. (Mohanned feels he would rather die and b[e] a martyr than live his life, sees his life as hollow—in contrast he sees Israelis as happy, going out, having fun, traveling.) Ask your students why Mohanned may feel that way (Answers may include: Palestinians have less land, fewer privileges, cannot come and go as they please.)”

We aren’t told what the teacher is to do if answers include “Mohanned is influenced by radical Islam and that’s why he wants to blow up Jews.”  Some cheeky student is bound to come up with that response, even though the lesson plan carefully steers the kids away from it, and toward a one-sided statement of the situation in Israel.

A student might also have the tactical acumen to notice that, as unable as Mohanned reportedly is to come and go as he pleases, he nevertheless managed to get into Israel with a bag of explosives.  Intellectual fair-mindedness would put that up for discussion too, and perhaps seek to explore the perspective of young Israelis on it.

But intellectual fair-mindedness is clearly not what this lesson plan is about.  In his case, Mohanned ultimately decides not to detonate his bomb.  He concludes, on reflection, that not all Jews are his enemies, and God wants him to live.

But the theme has been established: Mohanned has sympathetic reasons for wanting to attack Jews.  Those are explicitly the “answers” the lesson plan is looking for.

Don’t worry; the students also hear from someone who assisted in preparing a successful suicide bombing in 2003, in which 17 people were killed in Haifa, and 50 injured.  The lesson plan’s perspective remains one-sided throughout, and never bothers to clarify how the immobilized Palestinian Arabs got into Israel with explosives and set off bombs there.  (It certainly doesn’t illuminate how the security fence between Israel and the West Bank – still under construction in 2003 – has served to reduce the number of terrorist bombing attacks in Israel by as much as 90%.)

There are other troubling aspects of the lesson plan, which I recommend reading in-depth.  Its treatment of the “three monotheistic religions,” and how they come into play in the Islamic world’s conflict with Israel, is misleadingly superficial in key ways.  Optimism for this topic appears unwarranted, in light of Justin Haskins’ point that the LearningMedia website also has six “lengthy” lesson plans on Islam, the religion, but doesn’t have even one on Judaism or Christianity.

But back on the suicide-bombing lesson plan.  Consider that there would be an alternative – and very obvious – way of engaging students on the politics of the Israeli-Arab situation.  That would be to discuss the politics, without making the focus of the discussion be suicide bombings.  It would be entirely possible to present the Palestinian Arabs’ concerns sympathetically, as political aspirations in their own right, with no hint that those aspirations justify the urge to blow people up.

But that’s not how your tax dollars are being spent.  American taxes are being spent on a school lesson plan that seems to justify the sentiments behind suicide bombing – at least when the situation involves Muslims in the West Bank, and the target is Israel.

No, as a matter of fact, I don’t want to keep funding that.  I’m ready to throw out every single thing the CPB and PBS do, including Big Bird, if that’s what it takes to stop funding the “Dying to Be a Martyr” lesson plan.  (To hear Islamist extremists tell it, incidentally, they’re certainly not fans of Big Bird and his milieu.  LU’s own Howard Portnoy reported back in 2013 that songs from Sesame Street were used as instruments of torture for jihadi detainees in Gitmo and other detention facilities.  So if you were worried about that, it doesn’t sound like the violent extremists will miss the Bird and his soundtrack.)

Bottom line: nothing produced by public broadcasting is so valuable that an insidious moral atrocity should get to ride for free in its wake. 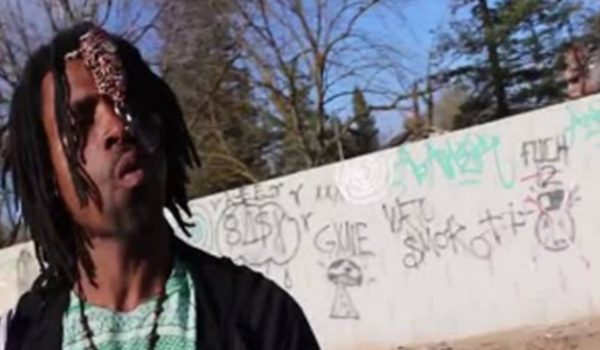