On Tuesday (11 April), in the Washington Post’s Daily 202, James Hohmann called out what he characterized as Republicans’ sudden, partisan-driven affection for attacking stuff in Syria.

Results of the latest poll were very different, Hohmann pointed out, from the results of polling in 2013 on whether Republicans would favor missile strikes against Syria.

In 2013, when Barack Obama was president, a Washington Post-ABC News poll found that only 22 percent of Republicans supported the U.S. launching missile strikes against Syria in response to Bashar al-Assad using chemical weapons against civilians.

A new Post-ABC poll finds that 86 percent of Republicans support Donald Trump’s decision to launch strikes on Syria for the same reason. Only 11 percent are opposed.

Now, I’m not here to litigate whether the recent Trump strike was a good idea.  The polling results stand on their own for this analysis (and, as Hohmann observed, were replicated by other polls).

Hohmann infers, basically, that Democrats are consistent on the issues.  Republicans, on the other hand, didn’t approve strikes in 2013, but do approve them now, because they’re blindly partisan, full stop.

Writing at JustOneMinute, blogger Tom Maguire tries to put some context around these findings.  Ultimately, he suggests that Hohmann – and other left-wing MSM pundits who’ve taken the matter up – have found just what they need for a satisfying round of confirmation bias, and so haven’t bothered to explore things further.

Maguire does explore them further, but doesn’t quite get at the real issue, I think.  He identifies the Democrats as the “antiwar” party, for example – which actually doesn’t fit the last 100 years as a blanket characterization, and is especially off-track in my view when it comes to Tomahawk strikes and other air strikes.  Both Clinton and Obama were big on such strikes.

The Democrats may think of themselves as the antiwar party, but they are found more often than Republicans approving of vaguely outlined “interventions,” in which U.S. soldiers get sent to basically stand in the way of bullets without being empowered to pacify the situation and make the bullets stop.

It wasn’t a Republican secretary of state who asked what use our superb military is if we can’t use it anywhere; it was Madeleine Albright.  Republicans wouldn’t ask such a question, because they start out assuming that if the question comes up, you’re doing it wrong.  Don’t send the military to deal with a political problem in the first place, if you don’t want the bullets stopped badly enough to blow things up and get other people killed.

Maguire also points out that in the polls in 2013, people were being asked to approve the idea of missile strikes in Syria – not an actual set of strikes – after the issue had been discussed endlessly and fruitlessly for three weeks.  There was bound to be less overall approval of something the president couldn’t seem to make a decision on, after all the publicly-aired angst.

But I’d shift the important focus to a point Maguire barely glances at.  He puts it this way:

Republicans have more of a history of favoring military action, so let’s say that in 2013 their baseline support for striking Syria might have been 40%. But they don’t trust Obama to see anything through to a conclusion so they apply a 20% discount, bringing Republican support down to 20%.

The words that matter here are “they don’t trust Obama to see anything through to a conclusion.”

That’s it in a nutshell.  But it requires a little bit more discussion.  In the context of taking military action, it’s the explanatory factor.  I like Maguire’s title device – he refers to “chatting with fish about water” – because that’s the fileting knife with which to open this thing up for inspection.

Far more Republicans than Democrats realize that you don’t just “use military force.”  Military force isn’t an electric-powered gadget that somebody made to work a certain way, and if you just plug it in and point it, it will always achieve a specified outcome.  Military force does operate according to certain stern logic – but that stern logic doesn’t guarantee outcomes, it requires you to adapt to the logic, and use force only for purposes it’s suited for.

As with diplomacy, economic power, and informational power, the way you use force is every bit as important as what your hardware is.  And the way Obama used force was politically open-ended, tactically pointless, and operationally untrustworthy.

It was remarkably furtive, moreover: to a genuinely astounding degree.  In 2013, Republicans remembered how we started bombing Libya, in 2011, with no announcements from the president, or even the secretary of defense – just some admiral on the Pentagon staff whom no one had ever heard of, giving an uninformative brief to some startled reporters on a Saturday night, after the bombing started.  Eventually we were told that America was “leading from behind,” the opposite of a reassuring disclosure.  There was some confused posturing in the UN, and the bombing continued, but we were assured that we weren’t actually, you know, hitting anything.  Nobody was getting hurt.  The implication seemed to be that using force was kind of no big deal.

But using force is a big deal.  Maybe 37 percent of Democrats can keep thinking it’s a good idea to approve a who-knows-what plan, in terms of Obama or whoever dropping bombs in other countries.  Perhaps, to those Democrats, all uses of military force look like who knows what – just confusing mash-ups of open-ended bombery, for which there’s no political objective, no way to define a conclusion, and no goal more urgent than avoiding unsightly damage.

But Republicans don’t see value in using force and putting American servicemen and women in harm’s way, if you’re just going to do that.  The worst thing about it isn’t even that it puts people in harm’s way – as bad as that is.  The worst thing is that it doesn’t secure any conclusion.  You go in and bomb for a while, and nothing changes.

Which is what has happened in Libya.  Since 2014, we’ve been bombing Syria too on a fairly regular basis – “fighting ISIS” – and on the Obama program (which included niceties like letting ISIS truck drivers know in advance that we were there to drop ordnance, so they could flee their vehicles, and then not dropping anyway a good 25 percent of the time), it wasn’t changing the facts on the ground at all.

By the time 2013 rolled around, Republicans had seen enough of Obama’s record with military force to know they didn’t trust him to use it the way force needs to be used, if it is to be effective.  And they had no interest in seeing American force used ineffectively.

Contra Maguire, I don’t think more Republicans would approve of missile strikes in Syria if Hillary Clinton were in office.  Although she might not be as exotically untrustworthy with military force as Obama, she’d be too much like LBJ or her husband, and Republicans would still be leery.

But Republicans would also be more leery of a President McCain, whom many would expect to be too ready to commit too much force to unnecessary enterprises abroad.  It’s not just any old Republican president they’d have more confidence in.  Republicans have more confidence in Trump because he has signaled in several ways that he respects the logic of military force, and will accept the sound advice of military leaders on it.  A key thing Republicans divine from that is that Trump won’t overcommit us militarily, to politically unsustainable projects.

Are they correct to divine that?  We don’t know yet.  Do Republicans always get strategy, policy, or political judgment right?  No.  And Trump probably won’t either.

But the real difference between Republicans and Democrats on this matter is that more Republicans have realistic, knowledgeable views on the use of military force – from both the on-the-ground level, and the level of policy, where force is one of the elements of national power.  Republicans look at whether force is being used sensibly or not, because they understand it’s a professional discipline, and can be wielded well or badly.  Now is as good a time as any to explain that to the fish. 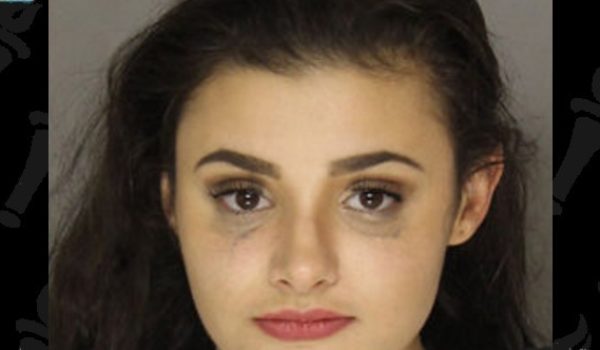 21-year-old woman wearing only high heels and black stockings arrested at mall for indecent exposure
Next Post
Why are Dallas police investigating how two copies of Qur’an ended up in university toilet?