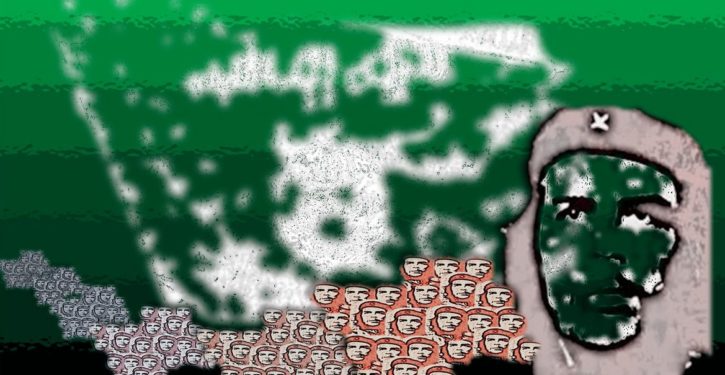 Being unable to cause might to obey justice, men have made it just to obey might. – Blaise Pascal

“Progressive man” refuses to recognize the crimes of Islam, not because he is naive, fine-tempered, or tolerant.  He does it because, unconsciously or subconsciously, he has already accepted Islam as a religion of salvation – as he accepted Stalinism, Hitlerism, Maoism, and the “Khmer Rouge” before it.

Joseph de Maistre, French aristocrat of the early 19th century, argued that man cannot live without religion.  And not merely religion, as such, but the tyrannical and merciless kind.  De Maistre was damned and hated; they called him an antipode of progress and freedom, even a forerunner of fascism.  But progressivists prove him right again and again.

In his nihilistic ecstasy, Homo Progressicus threw God off the pedestal, trampled upon the humanistic ideal of Petrarch, Alberti, and Leonardo Bruni, who relied on Reason and strove for virtue, and then … found himself in complete and gaping emptiness.  He realized that he could not live without the God-man – the idol, the leader, the ruler, who would rely on the unshakable, ruthless idea of salvation: not in the other world, but in this real world here and now.  And with all the passion so inherent in his shallow, unstable, infantile nature, Homo Progressicus rushed out in search of his “prince on a white horse.”

The idols of the progressivists were tyrants armed with the most progressive ideology: Robespierre; after him – Stalin, Mao, Pol Pot, Fidel Castro, Hugo Chavez; and finally – Islam.  In the 20th century, the Western intelligentsia was infected with red and brown bacilli.

Walter Duranty denied the Holodomor ardently. Bernard Shaw and Romain Rolland justified OGPU terror and the kangaroo court in Moscow; Louis Aragon, Henri Barbusse (the author of the apologetic biography of Stalin: “Stalin. A New World Seen Through the Man”), and Jean-Richard Bloch glorified “the Father of nations.”

“I would do nothing against Stalin at the moment, I accepted the Moscow trials and I am prepared to accept those in Barcelona,” said Andre Malraux during the massacre of anarchists from POUM by Communists in Barcelona in 1937.

Let’s guess now: who is writing about whom?  “Lonely, overbearing man… damned disagreeable,” “friendly and commonplace,” possessing “an intelligence far beyond dogmatism”; “sucked thoughtfully at the pipe he had most politely asked my permission to smoke… I have never met a man more fair, candid, and honest.”  Got all that? It was Stalin, pictured by Herbert Wells.

How much suffering – Solzhenitsyn recalled – was caused by progressive Western journalists, who after visiting the GULAG praised Potemkin villages with allegedly heated barracks, where political prisoners used to read Soviet newspapers sitting at clean neat tables.  Indeed, Arthur Ransome (the Guardian) – American journalist and a fan of Mao; Agnes Smedley; New York reporter Lincoln Steffens (who after meeting with Lenin wrote, “I have seen the future and it works”); Australian-British journalist Leonore Winter (the author of the book called Red Virtue: Human Relations in the New Russia) – these and many more sympathized with Bolsheviks and the Soviet Union.  Juan Benet, a famous Spanish writer, suggested “strengthening the guards (in GULAG), so that people like Solzhenitsyn would not escape.”  The Los Angeles Times published Alexander and Andrew Cockburn, who were Stalin’s admirers.

Hitler?  Knut Hamsun, a Norwegian novelist who won the Nobel Prize, described Hitler in an obituary as “fighter for humanity and for the rights of all nations.”  Even better known wsa the “amorousness” of Martin Heidegger for the “leader of the Third Reich.”  In the 1930s, the Fuhrer was quite a respectable person in the eyes of mass media.  Anne O’Hare McCormick – a foreign news correspondent for the New York Times (she got Pulitzer Prize) – described Hitler after an interview with him as “a rather shy and simple man, younger than one expects, more robust, taller… His eyes are almost the color of the blue larkspur in a vase behind him, curiously childlike and candid… His voice is as quiet as his black tie and his double-breasted black suit… Herr Hitler has the sensitive hand of the artist.”

The French elite were fascinated by Hitler. Ferdinand Celine said that France would not go to “Jewish war,” and claimed that there was an international Jewish conspiracy to start a world war.  French Foreign Minister Georges Bonnet rendered honors to Ribbentrop, and novelist, essayist, and playwright Jean Giraudoux said that he was “fully in agreement with Hitler when he states that a policy only reaches its highest form when it is racial.”

In the ‘70s the whole world already knew the truth about the “Red Guards.”  But German youth from the Socialist Union of German Students went out on demonstrations with portraits of the “Great helmsman,” and Redden East song.  In the USA they go to the streets holding red flags and portraits of Trotsky and “Che” Guevara, and dream of “F**king the System” like their idol Abbie Hoffman.  Hatred toward the “petty bourgeois philistine,” as Trotsky named ordinary people, together with dreams of guillotines, bayonets, and “red terror,” keep inspiring Western intellectuals like Tariq Ali, the author of the revolutionary manual “Trotsky for Beginners.”  As Pascal Bruckner wrote, the “middle class turned out to be captured by bourgeois-bohemian Bolshevism.”

Stalin, Mao, and Pol Pot passed away, but new heroes appeared in their places.  Leading employees of CNN – reporter Peter Arnett, producer Robert Wiener, and director of news department Eason T. Jordan – had excellent relations with close associates of Saddam Hussein, pretending they didn’t know anything about the atrocities of the latter.

Hollywood stars have set up a race pilgrimizing to Castro and Chavez. Neo-Marxist professors and progressive intellectuals, such as Dario Fo, Jean Baudrillard  and Martin Amis, welcomed the triumph of al-Qaeda on September 11.

Romanticizing the “forged boot” and the “iron hand,” worshiping “lonely overbearing” men with “the sensitive hand of the artist” – this explains the amazing ease with which recent anarchists, pacifists, Marxists, and atheists, after changing a couple of ideologies, have burdened themselves with the most primitive, barbaric, and despotic religion of our time:  Islam.

What they crave is not religion as such. They don’t want Buddhism, Bahaism, Zoroastrianism, even mild Islam in a Sufi or Ahmadiyya version.  They want a religion that would crush them, rape their bodies and souls, destroy their egos.  A religion that would terrify them and make them tremble with fear, infirmity, and impotence.

Only the bloodthirsty medieval Islam is able to do this today.  It alone possesses unlimited cruelty and willingness to burn everything on its way.  And they gather like moths flying to the flame:  communists Roger Garaudy, “Carlos the Jackal,” Trond Ali Linstad, Malcolm X, Alys Faiz; human rights defenders Jemima Goldsmith, Keith Ellison, Uri Davis, the fighter against Zionism for the rights of the Palestinians.  Fathers favor Castro, like Oliver Stone; their sons accept Islam, like Sean Stone.  According to a public opinion survey in August 2014 (Madeline Grant, Newsweek), “16% of French citizens support ISIS.”  France’s population is 7% to 8% Muslim. Who makes up other 8% to 9% of French citizens who support ISIS?

Ken Livingstone, Jeremy Corbyn, John Brennan; Hollywood stars; Ylva Johansson, Sweden’s Integration Minister, who like her boss Stefan Löfven claimed that “there was no connection between crime and immigration”; Michael Fabricant, a former vice-chair of the Tory Party, who said that “some сonservative Anglicans are the same as ISIS”; German politicians who established a media watchdog to “instruct the press to censor ethnicity and religion in crime reports” (basically, a modification of Soviet censorship); Chief Justice of England and Wales Lord Phillips, who believes that it is inevitable to recognize Sharia courts in Great Britain; atheist-apologist of Islam (O, my God!) CJ Werleman; Canadian Liberals, who support the country’s anti-Islamophobia measure; Georgetown professor Jonathan Brown, who justifies slavery and raping of female slaves; Wendy Ayres-Bennett – a UK professor urging Brits to learn Urdu and Punjabi to make Muslim migrants feel welcome; Ohio State University, which teaches a course on “how Muslims helped build America”; Swedish state-owned company Lernia proposing to replace standard Swedish diction with a “migrant-inclusive accent”; American feminists with slogans like “Allah Akbar” and “I love Islam,” who endorse the BDS movement; Swedish feminists wearing chadors in Iran; “proud feminists” like Elina Gustafsson and Gudrun Schyman defending Muslim criminals who raped Swedish girls – all of them. and thousands of others, have already converted to Islam, if not de jure, then de facto.

They appeal to Islam to escape from their fears, complexes, helplessness, and uselessness.  They choose despotism over body and spirit to deprive themselves of their freedom – the freedom that has always been an unbearable burden for their weak souls full of chimeras.  They crave slavery.

They are attracted by Islam today, but it’s not about Islam.  It’s about them.  If Islam is defeated tomorrow and a new Genghis Khan appears with the “religion of the steppe,” or the kingdom of the Aztecs rises with priests tearing hearts from the chest of living people, they will passionately rush into that next embrace.  They are yearning for tyranny and will destroy everything on their way for the sake of it.  Owing to them, “We shall leave this world here just as stupid and evil as we found it upon arrival.” (Voltaire) 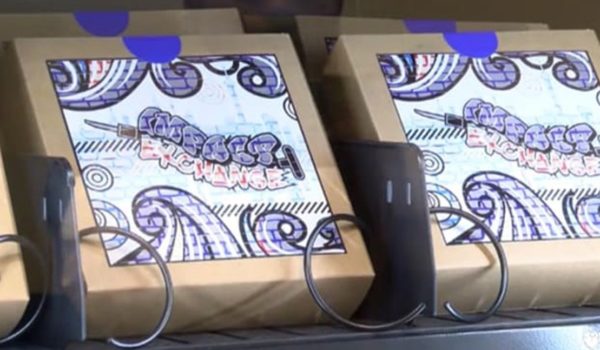