Since the name “Susan Rice” burst upon us on Monday, all the talk about the apparently political unmasking of Trump and his associates in NSA-collected communications has focused on what Rice did.

That’s understandable.  But as I wrote yesterday, Rice is just the tip of the iceberg.

I didn’t mean that the guy we really have to get to is Obama.  Or that the gal is Valerie Jarrett.  Just hold your horses on all that.

I meant, rather, that the basic issues here are bigger than what any group of White House officials did to view the unmasked identities of Americans.

Some of these issues are going to conflict with each other down the road, in terms of what we do to sort them out.  So it’s essential to be sure up front what the issues are, and which one is the most important.

There are three basic issues.

1. The first is the one that got this whole ball rolling.  It’s the fact that someone – not Susan Rice – took the unmasked identity of Michael Flynn and told the Washington Post’s David Ignatius about it.  A number of us realized at the very beginning that that was what happened, because it’s what had to happen, given the way things are done now.  Enough has been revealed in the weeks since then that the rest of America has now caught up.

Passing Flynn’s name to the media, along with knowledge of his activities gained through intelligence collection, is a felony.  There have been a few other odd instances suggesting that someone is using knowledge of monitored communications to make illegal disclosures about the Trump administration.  It needs to be gotten to the bottom of.

2. The second basic issue is that the Obama administration was having the names of Trump-related persons unmasked from NSA-collected communications, and was perusing them for political purposes.

It’s appropriate to caveat this with words like “apparently” or “seemingly” at this point, but as with the catch-up I mentioned for issue one, I assume we will be dropping the caveats in short order.

[score]Devin Nunes[/score] is not a fool.  If he could see that there was some obvious national security reason why Susan Rice would ask for spreadsheets on Trump-related communications, he wouldn’t try to make irresponsible political hay of it.  That would just come back to smack him in the face.  His concern that the White House was back-door-monitoring Trump – and possibly other candidates (which may have included Democrats too, don’t forget) – has to stand up to hostile scrutiny.

It appears that it will.

We have Susan Rice’s name now; pursuing this issue is bound to bring out more names, and more about what the Obama White House was doing.

There may or may not be a legal justification for the Obama officials to hide behind.  It’s a positive good that this issue is being probed by Congress, a wholly political branch.  The higher purpose is the important one here: not seeking for already-defined crimes and who committed them, but deciding if the sum of what was done was an acceptable use of government power.  That’s a political question.  A special prosecutor acting on the rules of the Justice Department is not the right way to answer it.

3. The third issue is the nature of the NSA collection, the way it results in targeted monitoring, and whether Americans can be protected – afforded our Fourth Amendment rights – with such a system in place.

This issue is the most amorphous, and the least likely to bring a satisfying, dramatic political conclusion.

But it is also far and away the most important.

If we don’t get this one right, America might as well join the Axis of Evil right now and be done with it.  Presidential administrations come and go.  But technology, and the voracious desire of law enforcement and intelligence for evidence and tip-offs, have been headed in only one direction for the last 100 years.

We are beyond the limit now at which we can let technology change how we do business, and yet have our government practices remain compatible with a Fourth Amendment written in the 18th century.  The crisis for our rights is already here.

The apparent routine-ness of Susan Rice’s request for spreadsheets on communications by unmasked persons shows us how common it had become by the end of the Obama administration.  If you’ve been thinking of it as something super-special involving solemn invocations and secret decoder rings, this ought to tell you to think again.  It’s supposed to be stately-paced and uncommon, but clearly it wasn’t.

There is a lot more to learn about how casually unmasking was being handled, at the administrative and the technical level.  Seeing only what Rice was doing tells me why lower-level staffers wanted to blow the whistle on this to Nunes and Adam Housley.  What they had seen amounted to gun-decking the FISA protections for American identities – and we are likely to be astounded by how pervasive it was.

There are technological reasons why it still could be, even with a new administration in place.  This thread must be pulled.

There is potentially a fourth issue, and that’s Obama-holdover personnel trying to undermine the Trump administration from within.  We may well uncover it, with indisputable certainty, by pursuing the first three.  The threads of evidence from the first three issues may lead to it.

But the first three are the issues for which we have hard evidence and justifiable concern.  Those are the ones we need to focus on now.

Pursuing the evidence for each of them will enhance our understanding of the others.  But pursuing indictments and prosecutions probably will not.

That’s why, as I mentioned above, we need to not only refrain from appointing a special prosecutor, but refrain from framing all our discussions in terms of how we can put people in jail.

Say “lock ‘em up” all you want, but don’t let the rigors of prosecution take over the whole process.  Prosecution is a specialized business that’s about finding the evidence for crimes that have already been defined.  Almost nothing here is indisputably a crime that has already been defined.  And even in the case of leaking Mike Flynn’s name, trying to prosecute may be counterproductive in the long run.

Prosecution is successful when the crime can be pinned on the perp, and no doubt lingers that others were culpably involved in some way that would shade the perp’s own culpability.  But it’s far more important in this case to know everyone who was involved, and what the nature of the involvement was.  Prosecuting one or two individuals is not nearly as important to the future of the republic as discovering the whole extent of this abuse of government power.

But it’s issue three that will bring down the republic, if we don’t address it.  The point of issue three is that our vulnerability — yours and mine — to abuse of government power is still there, as we speak, and electing Trump instead of Clinton has done nothing to change that.  Not only is the vulnerability there: it got worse during the Obama administration – after it got worse during the Bush administration (i.e., with the Patriot Act and post-9/11 FISA practices).  The vulnerability is yawning too wide as a moral hazard now, and has been for some time.  It’s going the wrong direction.

We have been blessed with an opportunity to take alarm and address this problem.  Ultimately, there may be a basis for prosecutions from issue one.  But in no case should any line of inquiry be shut down in order to strengthen the prosecution of an individual.  Knowing enough to prosecute isn’t the definition of “knowing enough,” in this crisis for the republic.  This is probably our last chance to resolve a life-or-death issue for constitutional, republican government peacefully.

An end to the war on the police? The Sessions Memo
Next Post
Hmm: Berlin refuses to illuminate Brandenburg Gate in Russian colors after subway attack 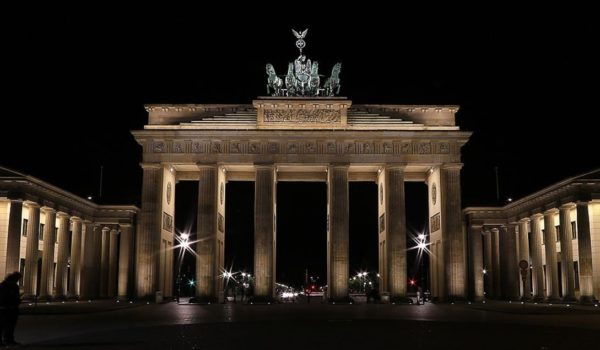