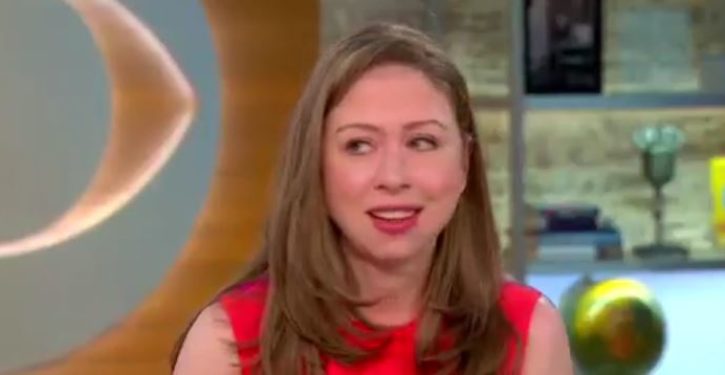 Former First Daughter Chelsea Clinton is much in the news of late. Last November, her handlers put out word that she was kicking around the idea of running for Congress. In February, a book that listed her as co-author was published, and in March she received an achievement award from the Lifetime network that was erroneously reported at first as a “lifetime achievement award.” (One supposes her achievements were dropping hints of her plan to run for elective office and co-authoring a book.)

Now she is in the headlines again, with her latest “achievement”: plans to run for the presidency of the United States. Maybe. She was on “CBS News This Morning” this morning, where she was asked if she was thinking about running for office. Her answer, which you can listen to in the video that follows, was:

I don’t know if Clinton’s mother was watching, but if she was, she must have taken this as a personal affront. If there was anything remarkable about her run for the presidency in 2016, it was that lacked any sense of mission or purpose.

As she continued speaking, Chelsea Clinton somehow redefined the initial question posed to her:

I clearly don’t agree with our president, but I’m definitely not the right person to run to defeat him in 2020. So, right now, the answer is no. But I think we all need to be asking ourselves that question periodically. And I hope that a lot of young people kinda use the election to think, ‘Wow, should I run for public office? Am I the right person for a given job?’ Whether it’s a school board or a senator.

“Right now … no, but I think we all need to be asking ourselves that question periodically,” Chelsea Clinton says on running for office pic.twitter.com/BD9aU16Ras

The notion of another Clinton making another run for the brass ring is mildly fascinating. Hillary Clinton has yet to clear her name of the still-looming scandal surrounding her tenure as secretary of state and may still face prosecution.

Then there are Chelsea’s own skeletons, such as her using Clinton Foundation funds to finance her wedding and living expenses and her use of a private jet to travel to a “clean energy” roundtable. 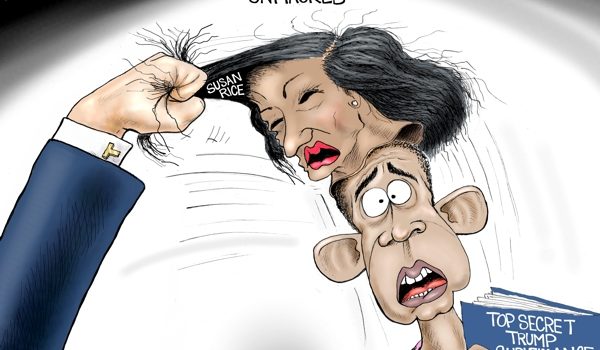 Cartoon of the Day: Unmasked
Next Post
An end to the war on the police? The Sessions Memo