It’s the sort of thing that can get a body drummed out of the “activists union.” But credit where credit is due. In urging the LGBT community in an impassioned stemwinder at The Hill, activist Christopher Barron is not only risking censure by dismissing Toiletgate as a “faux battle over bathrooms.” He is also in jeopardy of incurring the wrath of liberals of all sexual stripes and persuasions by identifying the real enemy of the gay-trans alliance by name: Islamic extremists.

These are people, he writes, “who have pledged the global elimination of LGBT people. Just this week, ISIS released photos of extremists in the Iraqi city of Mosul throwing a gay man to his death from the top of a building in the city.”

Barron makes a valid point in his essay, but the ideas he embraces run counter to everything liberals profess to stand for. They prefer to view Islamist jihadists almost as one of their protected classes. They spend countless hours speculating on what makes ISIS tick. Their longtime spiritual leader, former President Barack Obama, went so far as to conduct a White House Summit on Countering Violent Extremism, in which he attempted to “address the grievances that terrorists exploit, including economic grievances,” meaning poverty.

But the only messages that have ever come from groups like ISIS that hint at their intentions have called for the total annihilation of non-Muslims and a return to a worldwide caliphate.

Christopher Barron is right to worry about this threat. Every liberal would do well to follow his example. 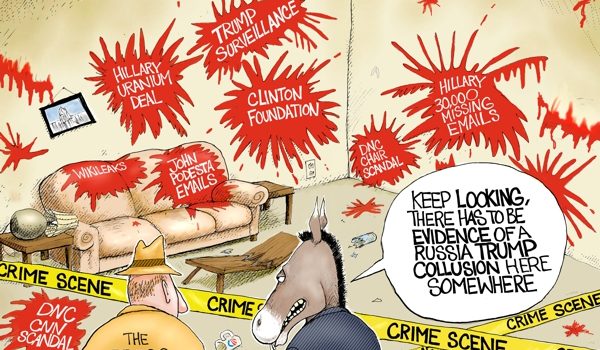