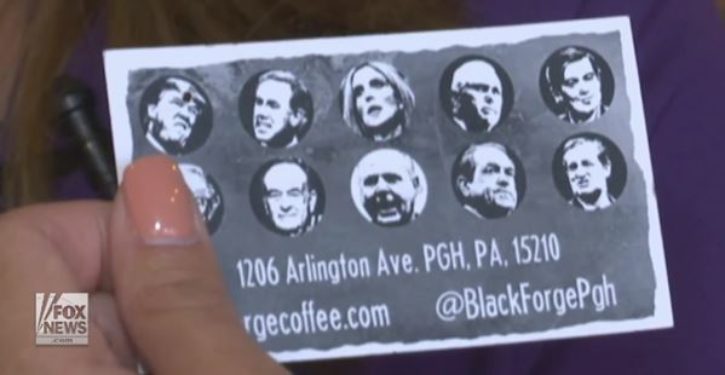 A Pittsburgh coffee shop is offering incentives for its customers with a satirical punch card with images of President Donald Trump and conservative leaders.

When staff perforate the card to keep track of the perk, a hole appears on the picture of the figure. Some say the punctures in the card, which can eventually be redeemed for a free cup of coffee, make it look as if the conservative icons have taken a bullet to the head.

“We are definitely not advocating violence,” said Nick Miller, co-owner of the Black Forge Coffee House, according to the Pittsburgh Post-Gazette. “This is purely political satire statement and an expression of frustration with the system.”

A patron of Black Forge says that it’s their right to do so, and that it’s probably helping their business.

“They’re practicing their freedom of expression,” Matt Ticco Thornton told Fox News. “Their coffee shop’s been packed, and I know how hard it is for a small business to get noticed.”

The promotion, though, seems to be receiving equal amounts of hate and appreciation.

“It’s definitely been a rough couple of days. It escalated quickly and not to the intent that we wanted,” Ashley Corts, co-owner of the heavy metal themed shop, said in reference to the amount of adverse reactions they have received. According to Corts, several people called and made threatening statements, such as the suggestion that “someone should put bullets in our heads.”

Calls of protest are coming from all corners of the country, including Arizona, Washington, D.C., Kentucky and North Carolina, reports the Pittsburgh Post-Gazette.

Some argue that it’s distasteful to depict an image of the president with a hole in his head, or even to directly perforate the image themselves.

“We’re not threatening the president,” Corts said. “We don’t want to physically hurt him, we do not condone any sort of hate. It’s completely against who we are.”

Trump was reportedly just added to the card. Past people featured on the promotional cardboard were evangelists and televangelists Creflo Dollar, Billy Graham, and Jerry Falwell, as well as conservative pundit Glenn Beck.

A message from us to you. Please share. pic.twitter.com/74V4h9dDwQ

In the last analysis, the stunt is not worth losing sleep over. Protesting something so meaningless in the grand scheme of things is the sort of overreaction liberals are so often guilty of. Recall the federal case the Left made over a political map put out in 2011 by supporters of Sarah Palin in which 20 House seats occupied by Democrats, including shooting victim Gabrielle Giffords, were represented by symbols that Dems construed as crosshairs.

Black Forge Coffee House says it has no plans to discontinue the cards at the moment, despite the backlash. 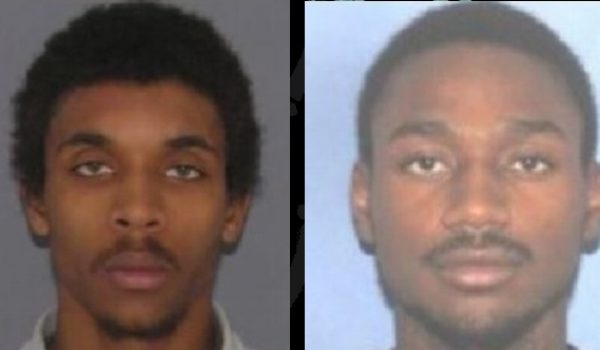 Vigilante justice: White driver accidentally hits 4-year-old, is ‘taken care of’ by these men
Next Post
To put health the care battle in perspective, we should all remember this