On Friday, Fox News Channel’s Adam Housley delivered a bombshell report that provided new evidence in support of Donald Trump’s March 4 tweet about being spied upon by the Obama administration. The Democratic Party attempt to delegitimize the Trump presidency by linking him to Russia may turn out to expose illegality by Team Obama instead.

1. The intelligence office responsible for the unmasking was “very high up.”

2. The unmasking of private citizens was not an accident but was politically motivated and had nothing to do with Russia.

3. Rep. [score]Devin Nunes[/score] had knowledge of the documents since January, but intelligence stone-walled his attempt to get the information from them.

Here is the video of Housley’s report followed by transcript that enlarges on the three bullet points:

The intelligence office responsible for the unmasking was “very high up”

The U.S. intelligence official who “unmasked,” or exposed, the names of multiple private citizens affiliated with the Trump team is someone “very well known, very high up, very senior in the intelligence world,” a source told Fox News on Friday.

Intelligence and House sources with direct knowledge of the disclosure of classified names told Fox News that House Intelligence Committee Chairman Devin Nunes, R-Calif., now knows who is responsible — and that person is not in the FBI.

The main issue in this case, is not only the unmasking of these names of private citizens, but the spreading of these names for political purposes that have nothing to do with national security or an investigation into Russia’s interference in the U.S. election.

The communications collected from Trump team associates apparently were picked up during surveillance of foreign targets. But an intelligence source familiar with those targets said they were spied on long before Trump became the GOP presidential nominee in mid-July.

In addition, citizens affiliated with Trump’s team who were unmasked were not associated with any intelligence about Russia or other foreign intelligence, sources confirmed. The initial unmasking led to other surveillance, which led to other private citizens being wrongly unmasked, sources said.

Rep. had knowledge of the documents since January, but intelligence stone-walled his attempt to get the information from them.

Nunes has known about the unmasking controversy since January [which predates Trump’s nomination by six months!], when two sources in the intelligence community approached him. The sources told Nunes who was responsible and at least one of the Trump team names that was unmasked. They also gave him serial numbers of reports that documented the activity.

Apparently when Nunes was first approached by the informants, he asked the intelligence agencies to provide him with the relevant documents. They stonewalled. But when he was finally able to see them, there were only two places where he could legally see them: at the offices of his sources or the old executive building (also known as the Eisenhower Executive Office building) on the White House grounds. Nunes chose the latter so his sources would remain secret. The two people who worked for the executive branch named by the New York Times did not tell Nunes about the existence of the intelligence reports; they only facilitated his being able to see them.

If this report is proven true, it not only backs up Trump’s contention that there was some sort of surveillance of his team before the election and leading up to the inauguration. It also suggests that the unmasking of General Mike Flynn and at least one additional Trump official was carried out by someone very high up in the Obama intelligence community. The question of whether Obama was apprised of this remains unanswered.

April Fool’s Day: all the best fake news
Next Post
‘Republicans don’t give a sh*t about people’: The Democratic leadership has spoken 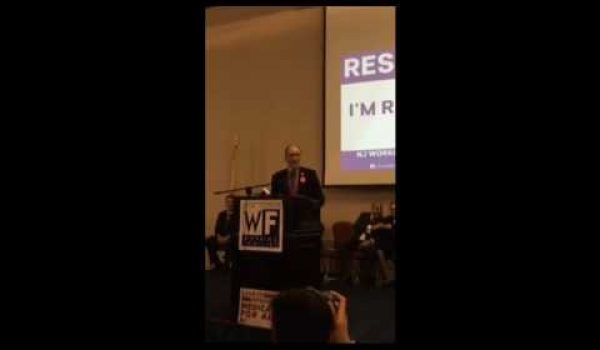