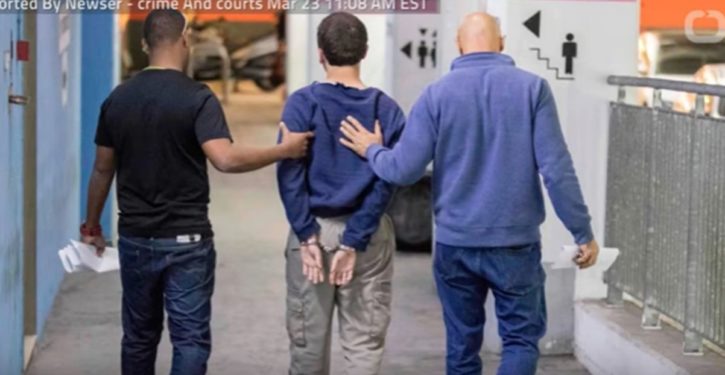 This probably won’t get much play in the mainstream media, because it doesn’t serve the narrative that Trump is causing every problem in America from anti-Semitism to ungusseted work shirts.

But Attorney General Jeff Sessions announced this morning that Israeli police had arrested the main suspect in the string of hundreds of bomb hoaxes phoned in to Jewish community centers and synagogues in recent weeks. A 19-year-old Israeli-American was arrested Thursday morning in connection with bomb hoaxes in the U.S., Israel, and New Zealand.

According to Ynet, the young man was diagnosed with a brain tumor at the age of 14, and has had behavioral problems related to his illness for years.

It is reported that at the time of the arrest, the 19-year-old suspect attempted to grab a policewoman’s pistol and tried to harm himself, but was stopped.

His lawyer requested that he be placed under supervision after raising concern for his mental wellbeing and claiming that he might try to harm himself.

According to his lawyer, the suspect has been suffering from brain tumor since the age of 14, and as a result, has been homeschooled ever since. According to her, the illness affects his behavior, which impedes him from working and even prevented him from being conscripted into the IDF.

The suspect’s voice was masked in the phone calls, reportedly sounding like a woman in some of them.  The origin of the calls was obscured, but in most cases traced back to Israel:

He allegedly attempted to technologically mask the origin of his threatening communications to synagogues, community buildings and public venues. Police investigators also found a large Wi-Fi antenna on the window of the suspect’s home.

This development serves the Trump-made-us-do-it narrative as little as the earlier report that eight of the bomb-threat hoaxes had been perpetrated by a radical-left journalist with a troubled professional history, Juan M. Thompson of St. Louis.  Thompson was thought to be retaliating against a Jewish ex-girlfriend who had broken up with him.

It also does nothing to advance the narrative that America is experiencing a sudden tidal wave of anti-Semitism.

We must always be on guard against anti-Semitism, a very real problem that is by no means stamped out.   An article posted by LU yesterday highlights that very point, describing posters put up at the University of Illinois-Chicago that attacked so-called “Jewish privilege,” and claimed Israel is running the world’s “largest concentration camp.”

Wildly overheated allegations like this are exactly analogous to the anti-Semitic themes of Nazism.  And, yes, it’s sobering that unhinged allegations about “privilege” are also applied on those same campuses to other slices of society.  Nothing changes when such demonizing propaganda themes are applied to one group as opposed to another.  The character of demonizing propaganda is the same, no matter who the target is – and it all fits the profile of Nazi propaganda.

(For young people who may not be aware of it, the Nazis learned propaganda at the knee of Josef Stalin – as did Maoists and other acolytes of Marxist socialism in the 20th century.  The German National Socialists – Nazis – focused notoriously on Jews, but their methods were aligned with those of all the other brutal socialist totalitarians.)

Meanwhile, the findings so far about the Jewish-center threats annihilate the widely-broadcast warnings about them.  The threats did not come from “white supremacists” or Nazis.  They are not evidence that America is stuffed full of unslakeable hatreds, on the brink of becoming a social cluster bomb.  They are not evidence that President Trump has unleashed such hatreds.

As I pointed out before, the bomb-threat hoaxes did do real harm to real people.  Hundreds, perhaps thousands, of children were put through hours of fear and uncertainty by these threats, and many Jews were left in understandable alarm about the prospect of an old menace rising against them again.  I thought in fact that Trump could have exercised more rhetorical leadership at the time, and I haven’t changed my mind about that.

But exploiting the situation with cheap shots at Trump and the 61 million Americans who voted for him in 2016 did the opposite of help.  That cynical, partisan approach merely fanned the flames of fear and uncertainty, tarring millions of Americans unjustly with an ugly brush.

Overhyping a particular threat of anti-Semitism, before the facts are in, also serves to make people dubious when the real threat crops up, as it still does.  This is a danger in itself.  Jews remain the most-attacked religious group in America – although the (incomplete) evidence suggests that, execrable as they are, Nazis and white supremacists are not responsible for all such attacks, or even for most of them.

The larger truth about America is still that the majority of people believe affirmatively in the moral equality of persons and the Golden Rule.  Instead of magnifying the creepy-fringe bogeyman of Neo-Nazism and white supremacism — or any other creepy fringe — the keepers of our public dialogue would do well to simply think better of their fellow Americans, and wait for the facts to emerge.

*UPDATE*:  Times of Israel, citing Haaretz, reported in the last hour that the suspect appears to have received payments from an unidentified source using a Bitcoin account.  This raises the possibility that a mentally troubled young man was being induced to make the hoax bomb threats by a third party.  In a developing story, of course, we must always have due caution about such reports.  But this detail is interesting. 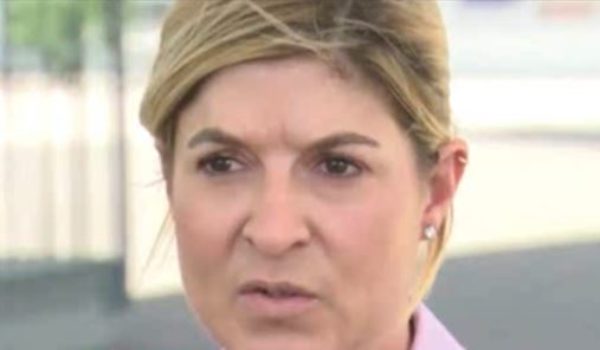 Secret Service agent who refused to ‘take a bullet for Trump’ to be removed
Next Post
House vote on Obamacare replacement delayed, as GOP struggles to marshal votes