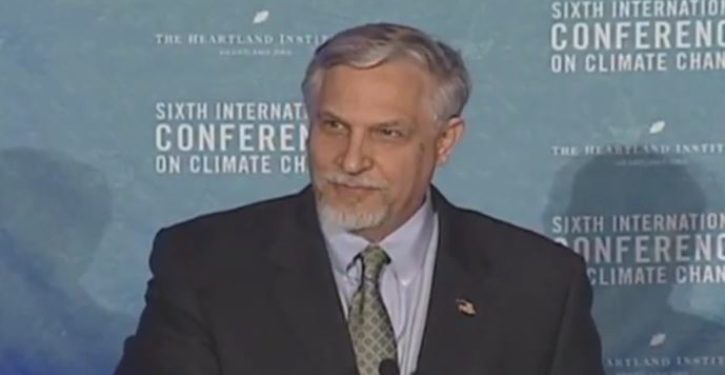 A senior member of the Trump administration’s beachhead team at the EPA unexpectedly resigned over concerns of the “integrity” of political appointees and career employees.

David Schnare was expected to take a top post at EPA, but he abruptly resigned March 15. It wasn’t for personal reasons, but over what he called a “question of integrity.” Schnare resigned with the title of assistant deputy administrator.

“This wasn’t about me being angry or upset,” Schnare told The Daily Caller News Foundation, saying his resignation had a “much deeper story” than he was willing to disclose at the time.

Schnare didn’t go into detail, but said he would soon write about the events that led to his resignation. His comments, however, suggested infighting at EPA between transition officials, EPA Administrator Scott Pruitt’s inner circle and career employees.

“When the time comes I will name names and go into specifics, “ Schnare said. When asked if the details would be “eye-opening,” he responded: “Oh, I think so.”

While Schnare gave few details to TheDCNF aside from agency officials lacking “integrity,” InsideEPA reported he’d become “increasingly frustrated with what he described as endless infighting at the agency.”

Schnare said the White House is looking into the circumstances surrounding his resignation. The EPA did not respond to TheDCNF’s request for comment.

An unnamed career staffer told Politico that EPA employees will “fight actions they deem ill-advised or illegal by quietly providing information of what is happening inside their agencies to advocacy groups and the media.”

A small group of EPA staffers began using encryption apps, like Signal, to communicate in a way that can’t be tracked by the White House. The actions may violate federal records law.

Other government employees may have started “rogue” Twitter accounts to attack the Trump administration over social media, and a former EPA official suggested agency employees would boycott Trump if he ever came to visit the agency.

Schnare’s resignation suggests infighting between EPA transition officials and Pruitt’s inner circle over the direction of the agency. He told InsideEPA Pruitt had frozen out members of the beachhead team placed at the agency by Trump’s transition team. As one of the most experienced members of the transition team, he’s an attorney and environmental scientist who previously worked at EPA for more than 30 years. Most recently, Schnare was general counsel for the Energy & Environment Legal Institute.

He was a key player during the transition and played a substantial role in crafting the administration’s “action plan” to reform the agency.

Schnare said Pruitt never read the transition team’s “action plan” and that the administrator lacks “interest in major policy matters” and an “understanding of how the agency operates,” according to InsideEPA.

All that seemed to change after the Senate confirmed Pruitt in February. Schnare told InsideEPA Pruitt excluded beachhead members from meetings. A source told InsideEPA that was false.

TheDCNF, however, learned Schnare was shut out meetings with top officials shortly before his resignation. Even InsideEPA’s source conceded Schnare may have been “shut out from very senior meetings.”

The White House recommended a 31%, or $2.5 billion, cut to EPA’s budget and reducing its workforce by 3,200 employees as part of the administration’s “skinny budget.”

“EPA would primarily support States and Tribes in their important role protecting air, land, and water in the 21st Century,” reads a White House summary of EPA’s budget.