Thanks to a demand from the Justice Department last year, the public will soon lose access to thousands of college lectures. Inside Higher Ed reports that the University of California, Berkeley will “cut off public access to tens of thousands of video lectures and podcasts in response to a U.S. Justice Department order that it make the educational content accessible to people with disabilities.” As it notes:

Today, the content is available to the public on YouTube, iTunes U and the university’s webcast.berkeley site. On March 15, the university will begin removing the more than 20,000 audio and video files from those platforms — a process that will take three to five months — and require users sign in with University of California credentials to view or listen to them.

If the blind and deaf couldn’t fully access audio and video, then no one should be able to, according the Justice Department’s perverse position. Ironically, the Justice Department’s demand was particularly harmful to some categories of disabled people, such as those with mobility impairments. As the Cato Institute’s Walter Olson noted last year, the Justice Department’s interpretation of the Americans with Disabilities Act “is probably going to do harm” to the “welfare of disabled persons,” because “online alternatives to classroom instruction are particularly valuable to disabled persons, notably those with impaired mobility.” As The Suburbanist pointed out, “if your disability keeps you homebound, then the ADA will prevent you from viewing online courses.”’ As Alex Tabarrok observed at the Foundation for Economic Education, this “ADA attack on online courses hurts the disabled too.”

As Reason magazine noted, by effectively defining “equal access” as “no access for anybody,” the Obama Justice Department acted like “the Handicapper General” in the satirical and dystopian science fiction story Harrison Bergeron.

Former Justice Department civil-rights lawyer Christian Adams and attorney Scott Greenfield also criticized the Obama administration’s rigid stance. As Adams noted, in 2010, “Amazon.com … tried to sell a talking Kindle reader, but” the Justice Department “said it couldn’t because the button to make the Kindle talk didn’t have braille. Never mind that books neither talk nor have Braille buttons telling them to talk.”

The Obama administration viewed it as better to have no accommodation for the disabled, then an imperfect accommodation. The Obama Justice Department also used the threat of suing under the Americans with Disabilities Act to prevent colleges from using Kindle to lighten “the textbook load on their student body by moving to e-book formats.” Blocking access to Kindle harmed people with chronic back problems. 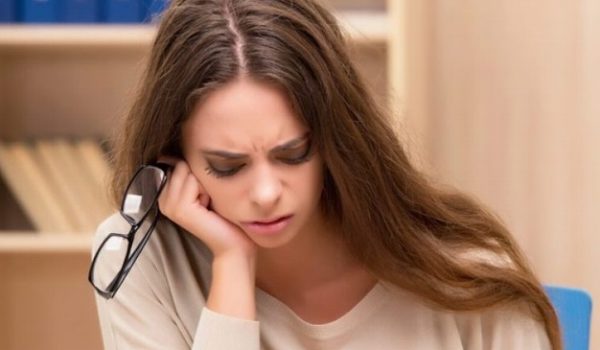 Honors program at one university pays students to take ‘white privilege’ and BLM courses
Next Post
Can the U.S. shoot down North Korea’s ballistic missiles? Odds are with us – mostly