Question one aspect of the global warming “consensus” and politicians and activists immediately whip out the figure. “You disagree with 97% of scientists?”

The 97% figure was often used by the Obama administration to bolster its case for phasing out fossil fuels, and President Barack Obama himself used the figure to undercut his critics. NASA even cites studies purporting to show near-unanimous agreement on the issue.

More recently, Newsweek included this figure in an article fretting about “climate deniers” in state legislatures trying to influence science curriculum. The author couldn’t resist noting that “97% of scientists who actively study Earth’s climate say it is changing because of human activity.”

Liberals use the figure to shut down debate around global warming. After all, how can you disagree with all those scientists, many of whom have spent their lives studying the climate?

But how many proponents of “climate action” have actually bothered to read the research that underlies such a popular talking point? How many realize the “consensus” the research claims to find is more of a statistical contortion than actual agreement?

Probably not many, so let’s talk about the 2013 study led by Australian researcher John Cook claiming there’s a 97% consensus on global warming.

What Does the ‘Consensus’ Really Mean?

Cook and his colleagues set out to show just how much scientists agreed that humans contribute to global warming. To do this, Cook analyzed the abstracts of 11,944 peer-reviewed papers on global warming published between 1991 and 2011 to see what position they took on human influence on the climate.

Of those papers, just over 66%, or 7,930, took no position on man-made global warming. Only 32.6%, or 3,896, of peer-reviewed papers endorsed the “consensus” that humans contribute to global warming, while just 1% of papers either rejected that position or were uncertain about it.

Cook goes on to claim that of those papers taking a position on global warming (either explicitly or implicitly), 97.1% agreed that humans to some degree contribute to global warming.

In terms of peer-reviewed papers, the “97% consensus” is really the “32.6% consensus” if all the studies reviewed are taken into account.

But Cook also invited the authors of these papers to rate their endorsement of the “consensus.” Cook emailed 8,574 authors to self-rate their papers, of which only 1,189 authors ended up reviewing their work.

Twisting the numbers a bit, Cook concludes that 97.2% of the self-rated papers with a position on global warming endorsed the idea humans were contributing to it.

Other studies written before and after Cook’s attempt to find a consensus, but to varying degrees, finding a range of a 7% to 100% (yes, no disagreement) among climate experts, depending on what subgroup was surveyed.

Cook’s paper is probably the most widely cited, having been downloaded more than 600,000 times and cited in popular media outlets.

But not everyone agreed. Some global warming skeptics took a close look at Cook’s work and found some glaring issues. Andrew Montford of the Global Warming Policy Foundation authored a major critiques of Cook’s study in 2013.

Montford argued Cook’s “97% consensus” figure was meaningless, since it cast such a wide net to include global warming skeptics in with hard-core believers.

To be part of Cook’s consensus, a scientific study only needed to agree carbon dioxide is a greenhouse gas and that human activities have warmed the planet “to some unspecified extent.” Neither of these points is controversial, Montford wrote.

It’s like claiming there’s a consensus on legalized abortion by lumping pro-abortion activists in with those who oppose all abortion except in cases of incest and rape. That “consensus” would be a meaningless talking point.

University of Delaware geologist David Legates and his colleagues took a crack at Cook’s work in 2015, finding the numbers were cooked beyond a basic wide-net consensus. Legates’s study, published in the journal Science and Education, found only 41 out of the 11,944 peer-reviewed climate studies examined in Cook’s study explicitly stated mankind has caused most of the warming since 1950.

Cook basically cast a wide net create a seemingly large consensus when only a fraction of the studies he looked at explicitly stated “humans are the primary cause of recent global warming” or something to that effect.

“So all scientists agree it’s probably warmer now than it was at the end of the Little Ice Age,” Lindzen said in 2016. “Almost all Scientists agree that if you add CO2, you will have some warming. Maybe very little warming.”

“But it is propaganda to translate that into it is dangerous and we must reduce CO2,” Lindzen said.

Is There A Consensus?

Cook’s paper has become the trump card for alarmists to shut down those who disagree with them. Rarely a day has gone by without some politician or activist citing the 97% consensus, but few probably realize how meaningless the figure is.

But there’s a more fundamental problem with Cook’s 97% figure — consensus is not proof. Experts can all agree, but that doesn’t mean they are right. Most political pundits and pollsters predicted Hillary Clinton would win the 2016 presidential race, but were proven dead wrong on November 8th.

Trying to shut down dissent by arguing “well, all these smart people disagree with you” doesn’t prove anything. It doesn’t win anyone over. In fact, most Americans don’t even believe there’s actually a “97% consensus” among scientists.

“Just 27% of Americans say that ‘almost all’ climate scientists hold human behavior responsible for climate change,” according to Pew’s new poll from October. That being said, most climate scientists likely do agree that humans are contributing to warming in some way.

The throngs of climate researchers working with the Intergovernmental Panel on Climate Change (IPCC) certainly believe most global warming, though not all, since 1950 was driven by humans.

That still leaves us with a lot of possibilities. Is 51% of global warming attributable to humans or is 99%? Scientists can guess, but no one knows for sure.

On the other hand, a 2016 George Mason University survey of more than 4,000 American Meteorological Society (AMS) members found one-third of them believed global warming is not happening, mostly natural, or only about half-caused by humans. The survey found 29% of AMS members thought global warming was “largely or entirely” caused by humans and another 38% believe warming is “mostly” due to humans.

Other scientists, like Lindzen, see humans as having a minimal influence on the Earth’s climate. Climate scientists with the libertarian Cato Institute — where Lindzen is now a fellow — have shown climate models incorrectly predicted global temperature rise for six decades.

Climate models currently show twice as much warming as has actually been observed — a problem many scientists have only recently come to terms with. 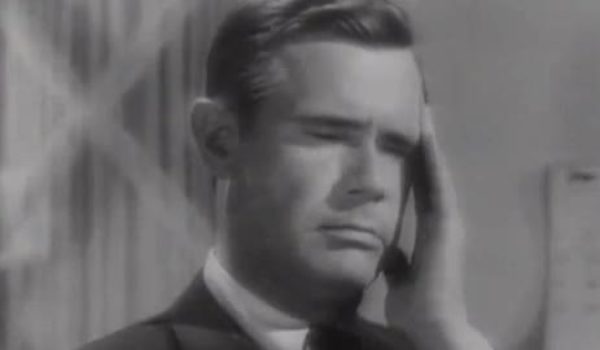