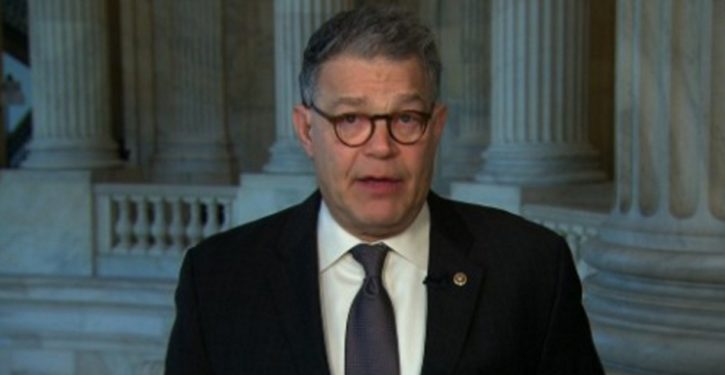 It is insanely paranoid for the mainstream media to report on Attorney General Jeff Sessions’ 2016 meetings with the Russian ambassador (all one and a half of them, apparently) as if there might have been something nefarious in the fact that Sessions didn’t say that he had them during his Senate confirmation.

Wade past paragraphs of innuendo in this typical report on the matter, and here’s what you find the meetings amounted to:

Sessions had a private meeting with the Russian ambassador last September as part of his capacity as a senator, the Justice Department told NBC News.

The other encounter came after he gave a speech during a Heritage Foundation event in July during the Republican National Convention, and a group of ambassadors approached him. He did not have a one-on-one meeting with the Russians at the time, the Justice Department said.

Check out what Senator [score]Al Franken[/score] actually asked Sessions in his Senate confirmation hearings (10 January hearing, transcript via The Atlantic):

FRANKEN: OK. CNN has just published a story and I’m telling you this about a news story that’s just been published. I’m not expecting you to know whether or not it’s true or not. But CNN just published a story alleging that the intelligence community provided documents to the president-elect last week that included information that quote, “Russian operatives claimed to have compromising personal and financial information about Mr. Trump.” These documents also allegedly say quote, “There was a continuing exchange of information during the campaign between Trump’s surrogates and intermediaries for the Russian government.”  Now, again, I’m telling you this as it’s coming out, so you know. But if it’s true, it’s obviously extremely serious and if there is any evidence that anyone affiliated with the Trump campaign communicated with the Russian government in the course of this campaign, what will you do?

SESSIONS: Senator Franken, I’m not aware of any of those activities. I have been called a surrogate at a time or two in that campaign and I did not have communications with the Russians, and I’m unable to comment on it.

Notice that Franken asked about a “continuing exchange of information,” clearly in the context of whether the Trump campaign organization was having such an exchange with intermediaries for the Russian government.  Sessions’ answer was, by any reasonable measure, responsive and accurate.

That’s it.  That’s the sum total of what the MSM and the congressional Democrats are suddenly going into overdrive about.  If there is anything else there, no one has mentioned it.

And you’d think someone would, because no sane person would give this the time of day.  Especially since even the biggest proponents of the “Russia hacked the election” theme have had to acknowledge that Russia never hacked the election.  In no way have Russian activities – whatever they were – been credibly alleged (much less proven) to affect the vote.

What’s pathetic is that the mainstream media and elected officials are behaving exactly the way they accuse “right-wing loonies” of behaving.

There are right-wing loonies, as there are left-wing loonies, and this is the way they behave.  The MSM and some of the leading Democrats on the Hill have become the tinfoil-hat brigade.  They’ve gone crazy.

It’s an extremely good bet that Senate Democrats have met with the Russian ambassador too.  Oh, gee, what do you know – Howard Portnoy’s got our opening salvo on that one.  And the sanctimonious tweeted denial from Senator [score]Claire McCaskill[/score] wasn’t about meeting the ambassador in the context of a conspiracy theory about the Russians.  She denied holding any meetings at all, in her “10 years” as a Senator.  Ouch.

Given the reasons why the Russians would have been just as happy, and even happier, to see Hillary Clinton as president, and given that the Russians were alleged to be behind a hacking attempt on the Republican National Committee just like the one on the Democratic National Committee, it’s time to be foot-stompingly indignant that the Democrats haven’t had to come clean about their contacts with his gregarious honor, Mr. Kislyak.

While we’re waiting, however, there are all kinds of questions out there that need attending to.  What about that secret earthquake machine the U.S. used to attack Haiti in 2010?  We need names on that CIA plot to create a crack cocaine epidemic among America’s urban poor, and we need them now.  It’s past time for President Trump to tell us what’s being done about the FEMA camps Obama was going to put all the conservatives in.  It’s really past time for the whole Deep State, and mostly George W. Bush, to come clean on the false flag operation on 9/11.  That’s not truly the mother of all conspiracy theories – unless you believe the Rothschilds had something to do with it – but there’s also this whole thing with the insidious attack that is Interstate 35, and the Freemasons imposing the New World Order, disguised as the Illuminati and the Bilderbergers, which someone has simply got to do something about.  Not that Trump will, because he’s one of them.  But then, so was Obama.  Just like Putin.

Sen. Claire McCaskill has no room to criticize Jeff Sessions for meeting with Russian ambassador
Next Post
The Dems are proud of the ‘dignity’ they showed during Trump’s address to Congress? 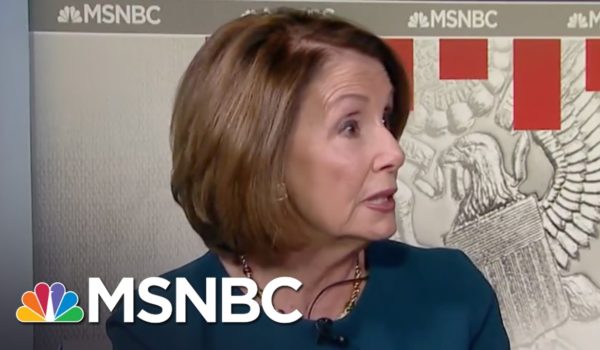