In a victory for government transparency and public access to information, the California Supreme Court has just ruled that when a government employee uses a personal email account to communicate about public business, those emails are “subject to disclosure under the California Public Records Act.”

The California Supreme Court’s March 2 decision was a victory for San Jose resident Ted Smith, who wanted to know more about a downtown development project funded partly by his tax dollars. He sought

disclosure of 32 categories of public records from the City of San Jose, its redevelopment agency and the agency’s executive director, along with certain other elected officials and their staffs. The targeted documents concerned redevelopment efforts in downtown San Jose and included emails and text messages “sent or received on private electronic devices used by” the mayor, two city council members, and their staffs. The City disclosed communications made using City telephone numbers and email accounts but did not disclose communications made using the individuals’ personal accounts.

The California Supreme Court’s unanimous decision overturned a contrary 2014 ruling by the California Court of Appeal.

The federal case CEI brought involved the emails of John Holdren, Director of the Office of Science and Technology Policy. Holdren kept thousands of work-related emails in his personal email account at the Woods Hole Research Center, but refused to produce them in response to a FOIA request from CEI Senior Fellow Chris Horner, author of The Liberal War on Transparency. A trial court dismissed CEI’s lawsuit in 2015, but CEI appealed that decision, and the D.C. Circuit Court of Appeals ruled in favor of CEI in July 2016. (I argued the appeal on behalf of CEI).

Citing the CEI decision a year later, the California Supreme Court emphasized that “when employees are conducting agency business, they are working for the agency and on its behalf,” and that “an agency’s public records ‘do not lose their agency character just because the official who possesses them takes them out the door.’” (City of San Jose v. Superior Court, No. S218066 (Cal. Mar. 2, 2017), quoting Competitive Enterprise Institute v. Office of Science and Technology Policy, 827 F.3d 145, 149 (D.C. Cir. 2016)).

As the Electronic Frontier Foundation notes, “these issues have come up, not only on the local level, but federal as well — all the way up to former Secretary of State Hillary Clinton, who was embroiled in a high-profile scandal over her use of a private email server based out of her home.”

Government transparency is particularly important in California, which ranks as the 9th most corrupt state in the country (based on a survey of reporters), or the 2nd most corrupt, depending on how you measure it. Reporters describe illegal corruption in its executive branch as “moderately common,” and more common than in the vast majority of states. 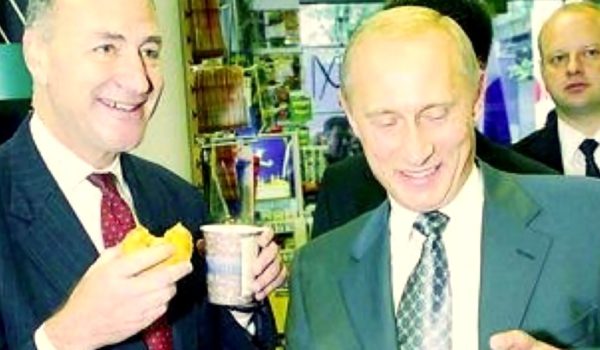 Up to 30 Hill Democrats met with Russian ambassador in 2015
Next Post
Ohio secretary of state: Hundreds of non-citizens registered to vote