Earlier this week, MSNBC’s Mika Bzezinski accidentally told the truth on live TV. She said that Donald Trump could “undermine the media … messaging so much that he can actually control exactly what people think. And that, that is our job.”

One of them is to an opinion piece in “Newsweek” published toward the end of December. The author is Robert Reich, secretary of labor under Bill Clinton and current political commentator at large.

In his article, Reich identifies four ways in which Trump is attempting to control the media:

As an example of the first bullet point, Reich writes, “Trump refers to journalists as ‘dishonest,’ ‘disgusting’ and ‘scum.'” Granted, the style of criticism may be harsh, even (perish the thought!) “unpresidential,” but is it unique to Trump?

You don’t have to dig far in presidential history to find an answer. In fact, you need only to go back as far as last November, when then-President Barack Obama offered this explanation for his party lost the election on so grand a scale:

In this election, [white working class voters] turned out in huge numbers for Trump. And I think that part of it has to do with our inability, our failure, to reach those voters effectively. Part of it is Fox News in every bar and restaurant in big chunks of the country….

This was one of his most benign denigrations of Fox News, which he savaged early and often throughout his eight years in the Oval Office. He never called Fox News “dishonest” or “disgusting,” but he did call the network “destructive” in a 2010 interview with that pinnacle of journalistic integrity, Rolling Stone:

Look, as president, I swore to uphold the Constitution, and part of that Constitution is a free press. We’ve got a tradition in this country of a press that oftentimes is opinionated. The golden age of an objective press was a pretty narrow span of time in our history. Before that, you had folks like Hearst who used their newspapers very intentionally to promote their viewpoints. I think Fox is part of that tradition — it is part of the tradition that has a very clear, undeniable point of view. It’s a point of view that I disagree with. It’s a point of view that I think is ultimately destructive for the long-term growth of a country that has a vibrant middle class and is competitive in the world.

As evidence of his second point — limit media access — Reich writes that “Trump hasn’t had a news conference since July. (His two predecessors had news conferences within days of being declared president.)” But holding a press conference in the first few days of a presidency is a cakewalk. As newly elected leader of the free world, you have the wind at your back and a clean slate. What is critical is how available a president makes himself to the media once he has begun formulating policy and working with other branches of government, especially Congress.

The Trump presidency is still in its infancy, but the non-partisan American Presidency Project provides an early estimate of how Trump will stack up against his two most immediate predecessors over the long term. According to that site, George W. Bush held a total of 210 press conferences, averaging 26.25 a year. Barack Obama held a total of 164 pressers, averaging 20.50 a year.

And Trump? Through Feb. 20, he has held five press conferences for an average of 62.50 per year.

For his third point — threatening the media — Reich notes Trump’s threat to “sue the New York Times for libel in response to an article about two women who accused him of touching them inappropriately years ago.” But Trump may have a legitimate grievance there. That’s more than can be said for Obama, whose Justice Department “spied extensively on Fox News reporter James Rosen in 2010, collecting his telephone records, tracking his movements in and out of the State Department, and seizing two days of Rosen’s personal emails.” That’s according to the Washington Post.

While we’re at it, let’s not forget Obama’s efforts to turn the public against the media (or at least the fake news wing represented by Fox) with his AttackWatch website, later rebranded as the even more Orwellian-sounding Truth Team:

Be part of the team debunking myths with facts—join the @OFA Truth Team: https://t.co/6z9PgSYuSk pic.twitter.com/51zJn9N8qa

Finally, and apropos of the above tweet, we come to Reich’s final point: Bypassing the media and communicating with the public directly. On Jan. 5, Digital Trends reported beneath a picture of a grinning, t-shirted Obama and his wife:

The White House is teaming up with Giphy, the Massachusetts Institute of Technology, and other organizations and companies to preserve Barack Obama administration’s social media history.

Since taking office in 2009, Barack Obama adopted social media like no other president before him. His administration created more than 100 official social media profiles across the aforementioned social platforms and on YouTube, Periscope, Snapchat, and Vimeo. Additionally, a little-known blast from the past, Obama even had a Friendster account.

But not all of Obama’s social media messages were friendly. During his last months in office, he bellyached on a near daily basis about the GOP’s refusal to hold hearings for his Supreme Court nominee, Merrick Garland, and beseeched his followers on Twitter to contact their representatives in Congress. 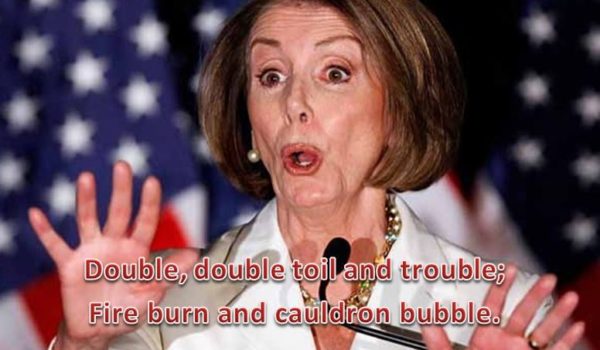