A database regularly cited by liberal media outlets overstates the number of “mass shootings” by a factor of 10, according to analysis by The Daily Caller News Foundation.

The website “Mass Shooting Tracker” (MST) has been regularly used by news outlets, like The Washington Post and PBS, to claim “mass shootings” occur much more frequently than they actually do. MST uses an alternative definition of “mass shooting” that greatly overstates the frequency of these crimes relative to the commonly-accepted definition used by law enforcement and academics.

MST openly acknowledges it uses the alternate definition to “punch a hole in the NRA argument.” NRA refers to the National Rifle Association, the country’s largest gun lobby.

MST’s defines a mass shooting as any shooting where four or more people are injured or killed, not counting the shooter. This isn’t an official definition taken from law enforcement or academia, but appears to be originally created by anti-gun activists on Reddit.

Law enforcement officials define a mass shooting as an event where four or more people are killed, not counting the shooter. This distinction is important, because MST data for January shows there are more than twice as many injuries in mass shootings as deaths, according to TheDCNF’s analysis.

Only 5 out of the 48 alleged mass shootings MST says occurred in January, 2017 — 10 percent — actually meet the law enforcement’s definition of “mass shooting” events.

Only 17 of those mass shootings — or, 35% — actually saw multiple people killed.

Many of the shootings MST calls “mass murder” were actually grisly murder-suicides, gangland massacres, or robberies. A 2013 Federal Bureau of Investigation (FBI) inquiry found that only 160 “active shooter incidents” occurred between 2000 and 2013, when gang-related shootings were excluded.

Ironically, using MST’s own definition proves that blue states have 42% more mass shootings than red states, after adjusting for population, according to data previously examined by TheDCNF. The deep-blue areas of Washington, D.C., and Maryland led the nation with 2.38 and 0.998 mass shootings per 100,000 people. Places where Democrats controlled the state legislature were even more likely to have mass shootings than the average blue state.

Last June, the left-wing outlet Vox used MST’s metric to track mass shootings. TheDCNF found that, of the 998 “mass shootings” noted by Vox, only 86 — or roughly 8% — meet the threshold of a “mass shooting” as defined by the FBI and academic institutions. This lack of “mass murder” didn’t stop Vox founder Ezra Klein from tweeting an updated map of 998 “mass shootings,” which was retweeted almost 25,000 times and favorited more than 22,000 times. 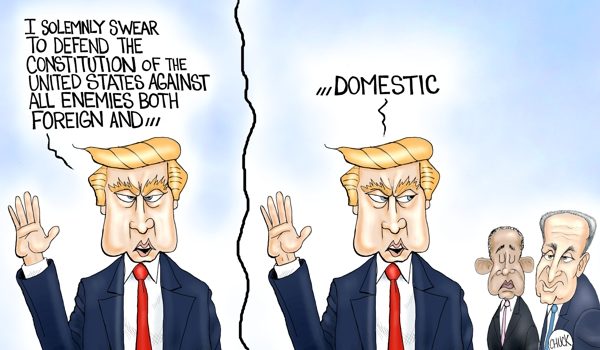 Cartoon of the Day: Oath keeper
Next Post
In 2013 Chuck Schumer said ‘a president deserves his choices’ for his cabinet 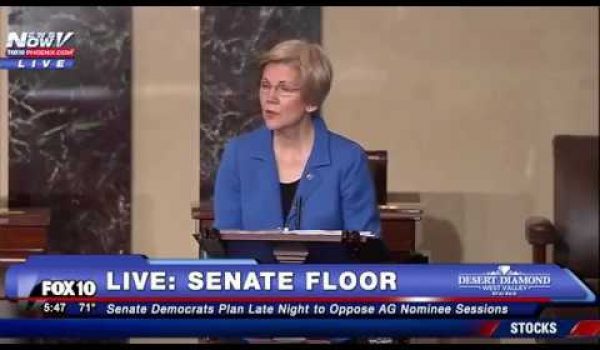