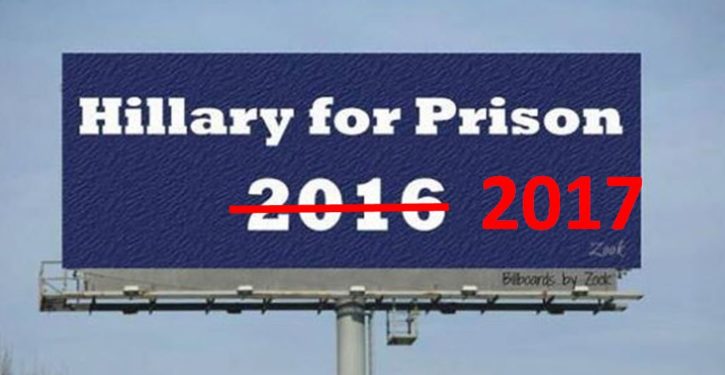 Memo to still-employed FBI Director James Comey: You still have a chance at redemption.

Around the time of the election, the scuttlebutt was that the FBI hadn’t closed its investigation of the interaction between the Hillary Clinton-run State Department and the Clinton Foundation. Yet, three months later, nada. Trust me, Director Comey: This time there will be no secret meetings between the attorney general and Bubba Clinton. And the will be no pressure from the administration to spare Hillary. In fact, your task just got easier.

New emails obtained by Judicial Watch show that top Hillary Clinton aide Huma Abedin was asked to secure an invitation to a State Department luncheon and state dinner for Clinton Foundation trustee and contributor Sant S. Chatwal, a businessman under investigation in two countries. The 549 pages of new emails also include one to Clinton that divulged the classified names of intelligence agency employees. The email passed through the infamous unsecured server in the Clinton basement and was shared with Abedin.

Additionally, there are 21 previously undisclosed Clinton emails – bringing the total to at least 259 emails that weren’t part of the 55,000 pages of documents that Clinton turned over to the State Department, despite claiming otherwise.

Judicial Watch, which has been leading the way in grabbing Clinton’s emails via the courts, obtained this round of goodies via another of their FOIA suits.

Long time no hear. I’ve been watching your travels on the news. Hope all is going well.

As you know, Prime Minister Dr. Manmohan Singh and President Obama are having a State Dinner. Any possibilities to include me and my wife for this dinner? If so, that would be really great! But, if not, that’s ok too I totally understand.

So nice to hear from you!

Was going to send you an email myself. We have no control over the white house state dinner. But, Hillary is hosting the state lunch for the prime minister with vice president biden at the state department and you should be receiving your invitation to that soon. Will be the same day, nov 24th. Hope all is well.

At the time Abedin oversaw the State Department luncheon invitation, Chatwal had a track record of legal troubles in the U.S. and abroad that was so slimy his name could have been Clinton. Despite his record, in 2001 Chatwal was appointed a Clinton Foundation trustee and reportedly raised millions of dollars for the operation.

Included is an unsecured email from Clinton to Abedin, which is also available on the State Department website, containing an analysis of the U.S. Afghanistan policy by Clinton confidant Sidney Blumenthal. The email shows that names were redacted under laws that protect the names of individuals working with the Defense Intelligence Agency, National Reconnaissance Office, and National Geospatial-Intelligence Agency.

The Abedin emails also contain a message from Clinton Foundation executive and Teneo founder Doug Band, instructing Abedin on having Secretary of State Clinton appear at a Clinton Global [Initiative] reception in Davos. The November 16, 2009, message read: “Hosting a reception a at davos for cgi as we did the last few years. It’s the single to be at the event and will be jan 27 or whenever she would be there as having her drop by would help a lot.” According to Clinton’s schedule, she did not attend the Davos meeting.

“These new emails provide further proof that Hillary Clinton used her official office to provide special treatment for donors to the Clinton Foundation and members of the Foundation staff,” said Judicial Watch President Tom Fitton. “And the new national security material in these emails will increase pressure on the Trump administration to authorize a serious investigation of Clinton’s email practices.”

See what I mean? Come on Director Comey, it is clear that this woman belongs in a jail cell. 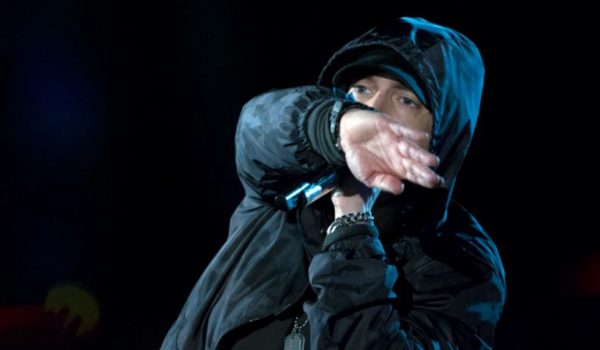