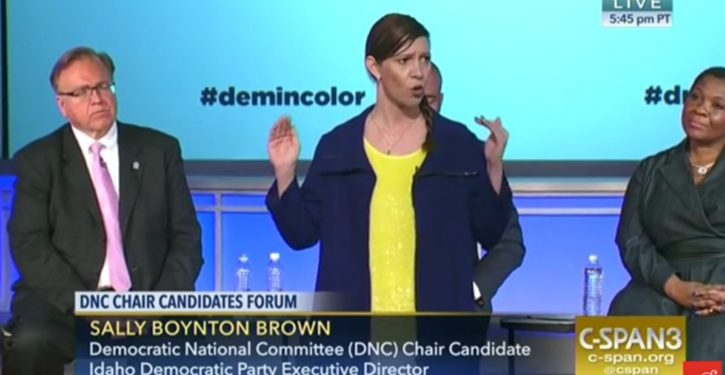 It looks like the Democrats might have the key to their recent electoral disappointments staring them in the face.

They held a candidates’ forum at George Washington University on Monday, in which party leaders aspiring to become the next DNC chairperson made their pitches.

The candidates hope to replace Debbie Wasserman-Schultz, whose tempestuous tenure saw a huge loss of Democratic seats throughout the country, including both houses of Congress, and, in 2016, the White House.

One of the main criticisms of Democratic strategy in 2016 has been that it ignored white working class voters.  Former Vice President Joe Biden stressed that point in December, but former President Bill Clinton had advanced it even earlier, in the weeks before Election Day.  In article after article, we’ve been told in the weeks since that the Democrats believe they need to rebuild the “blue Midwestern wall” that crumbled under Trump’s assault, focusing on “an appeal to white, working class voters.”

It was therefore interesting to see the candidates for DNC chair dismissing white people with apparent anger and dislike at Monday’s forum.  (Video below.)

One candidate in particular minced no words about it.  Sally Boynton Brown, a white woman and executive director of the Idaho Democratic Party, feels that treating white people as if their votes matter would be exactly the wrong thing to do.  She’s pretty hard over on that point:

Democrats must provide “training” that focuses in part on teaching Americans “how to be sensitive and how to shut their mouths if they are white,” urged the executive director of Idaho’s Democratic Party, Sally Boynton Brown, who is white. …

“It makes me sad that we’re even having that conversation and that tells me that white leaders in our party have failed,” Brown said. “I’m a white woman, I don’t get it. … My job is to listen and be a voice and shut other white people down when they want to interrupt.”

“This is life and death” she emphasized. “I am a human being trying to do good work and I can’t do it without y’all. So please, please, please, get ahold of me. Sally at we-the-dnc.org. I need schooling so I can go school the other white people.”

For a little cheap entertainment, watch the expressions on the other candidates’ faces as they sit through Boynton Brown’s comments.  The other candidates naturally feel that white people have too much privilege in the Democratic Party:

Early into the event the candidates gravitated toward a particular scapegoat for the party’s poor showing in November: Political consultancies owned by white people.

“We have to stop, particularly with the consultants,” said the chairman of the South Carolina Democratic Party, Jaime Harrison. “You cannot come to the DNC and get a contract and the only minority face you have is the person answering the phone.”

Minority consultants “need to get the same resources that the white consultants have gotten,” said a Fox News analyst and candidate for the chairmanship, Jehmu Greene. “The DNC did a piss poor, pathetic job” attracting minorities, she said.

But even they were kind of awed by Boynton Brown’s sheer commitment.

It doesn’t look like Boynton Brown’s “shut down the white people” formula has been a successful one.  In a recent profile of her, the Idaho Statesman had this to say about her track record:

[T]here was never any doubt that Republican presidential candidate Donald Trump would carry Idaho. But Democrats also lost ground in state races, losing three seats in the Idaho House and one in the Senate.

And those defeats, Boynton Brown reasons somewhat counterintuitively, are among the factors that make her the right pick to lead a national party still in stunned mourning over its surprise November defeat: She knows how to lose.

“In Idaho we lose elections,” said Boynton Brown, who took the state party’s top job in 2012. “It’s my job to figure what the small wins are along the way so that we can stay focused on doing the work that needs to be done. If we closed up shop and went home every time we lost, we would not be anywhere.”

Even a chronically counterintuitive Democratic Party may think twice about putting someone in charge whose big qualification is that she knows how to lose.  But unless the candidate field widens, it doesn’t look like Republicans need to worry about the Democrats figuring out something more important any time soon: that maybe voters “of color” have other things they care about more than “shutting white people down.”

Keith Ellison says he wants to ‘take back the country.’ Does that mean he’s racist?
Next Post
Kansas man, 70, pleads guilty to bank robbery – to get away from his wife 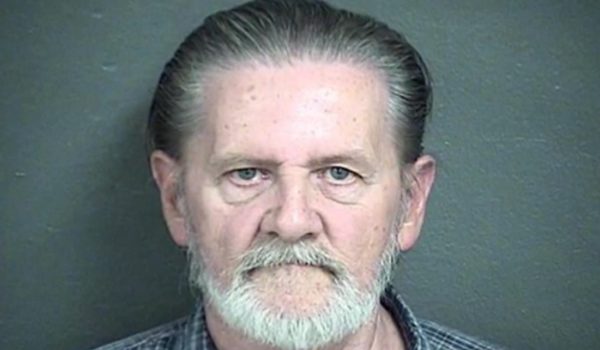