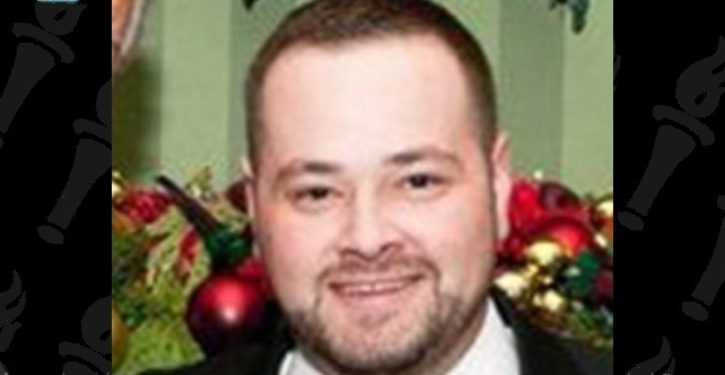 Scott Dworkin has an interesting idea of what constitutes “fun.” Dworkin is a senior adviser to the Democratic Coalition Against Trump (DCAT) , a political action group formed with the singular goal of making sure that Donald Trump never became president. Now that that ship has sailed,  DCAT has lowered its sights. According to the “about” page on its website:

DCAT now exists to hold the Trump White House accountable, and is directly countering … Trump, along with Republican elected officials and candidates who support him, through aggressive digital and traditional advertising, grassroots action, in-depth opposition research, and a nationwide rapid-response team.

If you’re wondering what form that grassroots action will take, this tweet from Dworkin (which has since been deleted) offers an example: 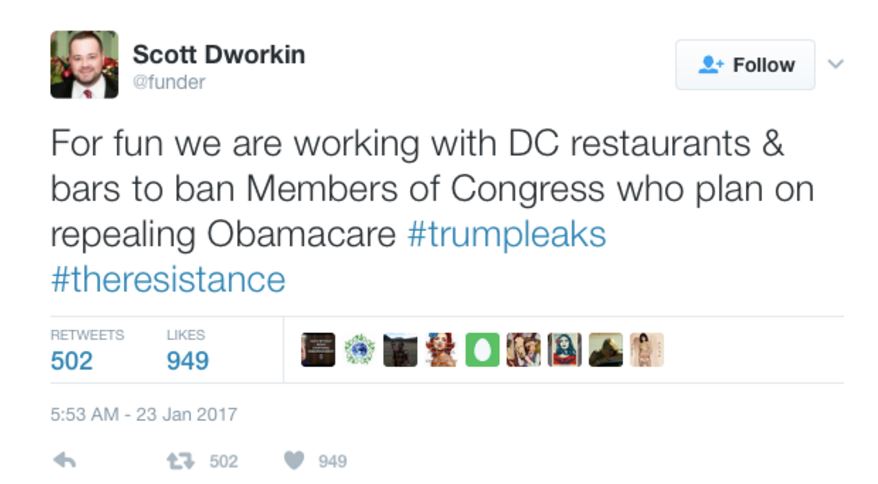 To ensure there is plenty of “fun” to go around, Dworkin also has a warning for District restaurants that fail to comply: 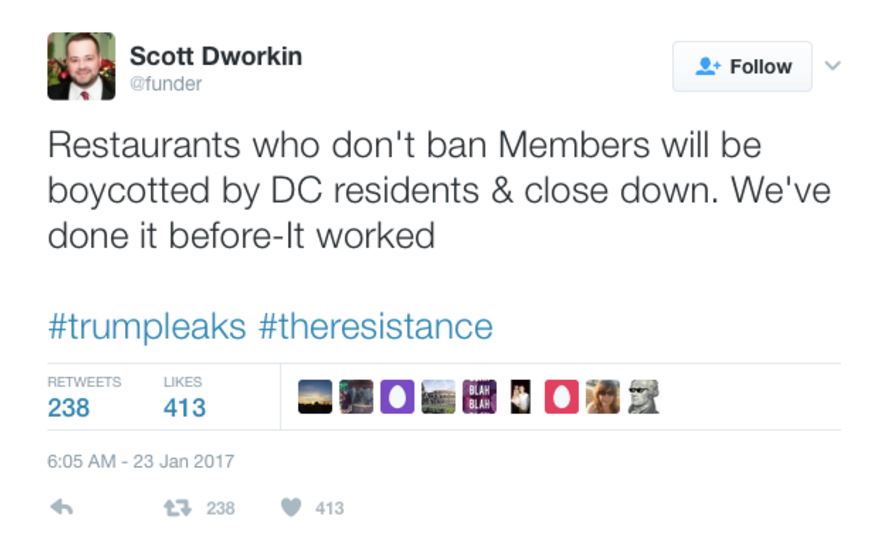 It’s interesting that this strategy is being deployed on behalf of a battle — the fight to save Obamacare — that is already for all intents and purposes lost.

Gang member whose prison sentence was commuted by Obama receives street justice
Next Post
Keith Ellison says he wants to ‘take back the country.’ Does that mean he’s racist?