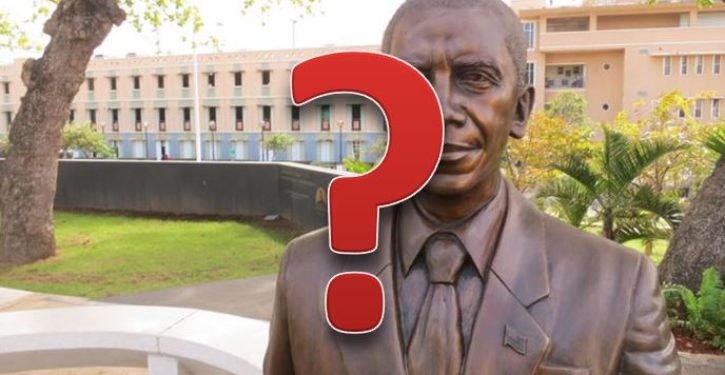 As with every outgoing president, when “former” is added to President Obama’s title there will be a barrage of tell-all books or extensive investigative articles about the “real story” behind various scandals, events or controversies. Now, Obama’s self-proclaimed nonsense about a “scandal free” administration provides more incentive for journalists and right-leaning historians to prove that statement “inoperative.” So count me in and here is my operating theory: The mysteries of the Obama administration must be solved if the American people are to know the truth about Obama’s scandals before left-leaning historians write glowing accounts of Obama’s legacy. (Aided by Obama whom we know is obsessed with his legacy.)

Sleuths must ask the iconic Watergate scandal question imperative to solve several of the mysteries, “What did the president know and when did he know it?” Of course, during his administration, Obama (being a Democrat) was not subjected to the media scrutiny inflicted upon President Nixon for potentially similar or equally heinous infractions of the law.

Moreover, if Obama were a Republican, we would already know the facts behind most of these mysteries. The media would have been relentless investigating the truth and many key players would likely either be in jail, have resigned in disgrace, or would have received immunity from prosecution.

What did Obama know about Hillary Clinton’s email debacle and when did he know it?

We know that President Obama lied when he said in a March 7, 2015, interview that he first learned about Hillary’s private email system, “the same time everybody else learned it through news reports.”

Over a year later, Obama’s lie was exposed courtesy of WikiLeaks. This was during the 2016 presidential campaign when John Podesta’s email was hacked, and the Clinton campaign immediately went into damage control with an email dated March 7, 2015:

[Clinton campaign Chief of Staff Cheryl] Mills emailed Podesta, informing him: ‘We need to clean this up — he has emails from her — they do not say state.gov.’

We also know that the Obama administration wanted to cover up these Obama/Hillary exchanges. The proof is from a State Department briefing. It took place on Jan. 29, 2016, when spokesman John Kirby announced that the State Department would not release 18 emails found on Secretary Clinton’s private server that were exchanged between President Obama and Clinton while she was Secretary of State.

What did these emails entail and did they contain classified information? Also, why was Obama not held accountable for the actions of his Secretary of State that involved serious, perhaps illegal national security violations and implications?

It was as if Obama was completely separate from Mrs. Clinton’s actions and activities even though he was her direct supervisor. That accountability question, along with how the FBI/Justice Department handled and politicized the entire email affair will be one of the major mysteries that will be solved over time.

Finally, when solved, it will likely make a joke out of Obama’s “scandal free” administration and tarnish his legacy.

What did Obama know about the questionable dealings of the Clinton Foundation and when did he know it?

For starters, it is inconceivable that President Obama was not aware that the Clinton Foundation was accepting millions in foreign donations while Hillary Clinton was serving as his Secretary of State from 2009 – 2012. (Accepting foreign donations violated a 2008 ethics agreement between the Foundation and the Obama administration that was formalized in order for Mrs. Clinton to serve as Secretary of State.)

Why did Obama allow the Clinton Foundation to grow and flourish during the years that Hillary was his Secretary of State without an IRS audit?

Did Obama instruct the IRS to ignore the Clinton Foundation with its $455 million in assets?

Charities large and small are often favorite targets of the IRS because their tax exempt status is renewed annually. Therefore, with all the tax re-filings and foreign donations received, if the Clinton Foundation were named the “Smith Foundation” there is little doubt that the IRS would have probed aggressively.

Now that the Clinton Foundation is still under FBI investigation, when the Trump administration comes to power perhaps some of these mysteries will be solved and the big question of what Obama “knew” and what he “allowed” will finally be answered.

To what extent did the Obama administration manipulate media coverage and lie to the American people?

Was last year’s New York Times revelation about how Obama‘s national security adviser Ben Rhodes manipulated the media and lied to the American people to garner favorable coverage about the Iran nuclear deal just the tip of the iceberg?

Of course, and this is not even a mystery!  However, we can look forward to many more instances where Obama administration members will brag about how often and how successful they were in shaping media coverage to achieve Obama’s policy goals.

Was Valerie Jarrett the real power behind Obama’s throne?

The influence of presidential adviser Valerie Jarrett on President Obama’s presidency has been one of the most under-reported stories of his eight-year reign. It is no secret that Jarrett has enemies and they will be talking to sell books and make money. I predict stunning revelations about Jarrett will solve two of the long-standing mysteries of the Obama Administration – Why was she so powerful and how did she influence policy?

What was the real story behind the IRS scandal?

This scandal was never resolved, and it is one of the greatest mysteries of the Obama administration. The question remains:  did Obama directly or indirectly unleash the IRS on his political enemies? Did he fear the Tea Party’s growing influence after their success in the 2010 mid-term election and try to stop new groups from forming by denying or delaying their tax-exempt status?

Unfortunately, this is not exactly a “sexy” scandal that will keep the public’s attention. But given the power of the IRS and how the agency is feared by Americans if it was determined that Obama was involved in the politicization of the IRS that could seriously damage his legacy.

Finally, my favorite mystery of all:

Where was Obama the night of the Benghazi attack?

There is no doubt that someday this little nagging mystery will be solved. Meanwhile, the question is amusing to Google because the word “absent” is frequently used.

It is my fervent hope and prayer that eventually these mysteries will be solved and Americans will know everything about what Obama called the “most transparent administration ever.” 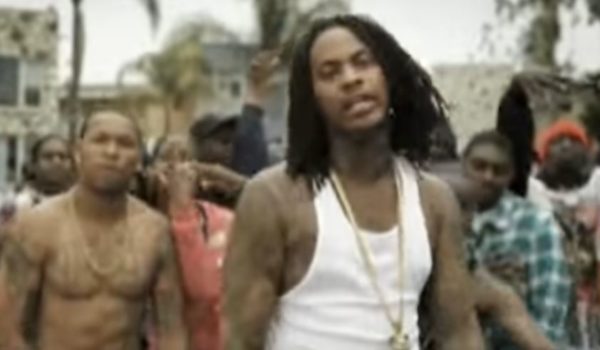 Rapper drops pants on stage, wipes bare butt with Trump t-shirt
Next Post
Who’s funding Rep. Tulsi Gabbard’s trip to Syria — and who is she meeting with?