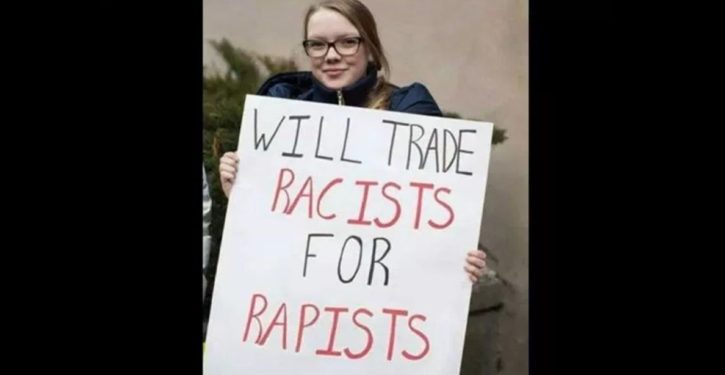 Want to see Anti-Utopia? Look at the state of mind of the Western establishment

After Donald Trump’s win, a huge part of enlightened America was plunged into mourning. Students were crying, teachers canceled lectures to calm them down, “hotlines” started working to help desperate people.

In the USSR such mass hysteria happened only after Stalin’s death, when people cried thinking that it was the end of the world.

What brought American students to such despair? They are unlikely to be able to explain it, but it’s a very dangerous syndrome of mass insanity. It’s evidence that the cultural totalitarianism of the West is, first, far more effective than the Soviet political totalitarianism; and second – it is much more deadly and poisonous. It suppresses the will, consciousness, and emotions of people.  The Soviet party members didn’t achieve that.

Soviet totalitarianism not only failed to suppress the basic instincts, but it did not even try to do this.

A man seeing a girl subjected to sexual harassment would stand up for her if he could. The situation similar to the one that happened in Cologne last year was unthinkable in Moscow or St. Petersburg.

It was absolutely unthinkable that political officials in the USSR would justify rapists and accuse their victims on the grounds of immodesty. It was inconceivable that the Politburo members might welcome the mockery of their own children and protect rapists, as happens regularly in Western Europe.

I can’t imagine that the Soviet courts would justify the rape of a child, as was the case in Austria; or care about the future of migrants who mocked and raped a child, as happened in Sweden.  Authorities in Sweden decided not to deport Afghan migrants who committed a gang rape of the boy, because it was not safe in Afghanistan.

Brezhnev would never say, if the situation in Cologne took place in St. Petersburg, that “Sexual harassment is not automatically binding to migration and immigration,” as stated by the Swedish Prime Minister Stefan Löfven.

Soviet students didn’t ask to remove Plato and Descartes from their syllabus simply because they were white, as students of London University did, when they replaced them with philosophers from Africa and Asia. Which ones, exactly? Louis Farrakhan, perhaps? Why not?

No one dared to reject the great culture because it was created by “Dead White European Males” (DWEM).

None of the Soviet Communists would have said what George Ciccariello-Maher, an associate professor of political science at Drexel University in Philadelphia said: “All I Want for Christmas is White Genocide.”

Nobody thought to replace the picture of Shakespeare with the picture of Audre Lorde, an African American writer, civil rights activist and self-described “black, lesbian, mother, warrior, poet,” as students at the University of Pennsylvania did.

Soviet party members used Western colonialism in their propaganda. But none of them could afford to use such notions as “White savagery” and “White ferocity,” as a Rosa Amelia Plumelle-Uribe did. Nobody declared that the history of the white race had been an endless appalling horror, as claimed by Louis Sala-Molins.

Together with Arab countries, the KGB created a fictitious “Palestinian people” and manipulated it for political goals. Sure, it was a dirty, cynical, and despicable game. But nobody in the USSR really cared about Palestinians, and immediately after the collapse of the Soviet Union, former communist apparatchiks established rather normal relations with the Jewish state.

For progressives like Obama, Kerry, Bernie Sanders, the “Palestinian state” is “sacral dogma,” part of their pseudo-religious doctrine, and the Palestinians themselves are a “Chosen people,” which has plenty of rights but neither responsibility nor obligations. And the progressives try to realize their vision with religious exaltation and fanatical obsession. Isn’t the paradox that the Kremlin tried to postpone the anti-Israel resolution that was orchestrated by Obama?

The Soviet regime was atheist and suppressed religion. Well! However, it suppressed all religions, without exception. It didn’t mock Judaism and Christianity, while at same time glorifying one single religion – Islam. It didn’t ban the study of Voltaire, Holbach, and David Hume because they had despised and rejected Islam as a primitive, patriarchal, and aggressive religion. No one invited a crowd of strong, aggressive, sexually unsatisfied migrants to the country only because they were Muslims.

The Church suffered from persecution in the Soviet Union. But nevertheless it remained the Church, not Sodom and Gomorrah. Priests and rabbis didn’t walk hand in hand, didn’t call for homosexual marriages, and didn’t elect a lesbian pastor or rabbi just because of her sexual preferences.

The USSR was hypocritical – it’s true. But it supported the family as a “cell of society” and didn’t promote a homosexual family. None of the Soviet scientists offered to use the gender-neutral pronoun “ze” instead of “he and she,” as suggested by Oxford University. No one tried to get boys to do pipi sitting, like girls, in the name of gender equality, and no one thought to replace the term “boy” and “girl” by the word “it” («hen»), as happened in Sweden.

Ultimately, Soviet party members were far from the ideals of humanism, but at least they were normal. They didn’t go against Nature.

…The Soviet regime dictated harsh rules, and established censorship. But people remained normal human beings. They laughed at authorities, composed jokes about Brezhnev, made satirical films in spite of the censorship, and learned to read newspapers between the lines. This primarily referred to intellectuals.

Cultural totalitarianism has succeeded much more. It turned people into sterile zombies, brainwashed them, perverted the minds of men and women, and subdued intellectuals who have responsibility for the future of their people.

I feel sorry for these young people who cried after Trump’s win. But I am even more sorry for the nations whose progressive students will eventually become the elite of their societies. I am afraid we will return to the Middle Ages with a quasi-religious cult, where “progressive” Inquisition will rule. Leonid Brezhnev, as compared to this regime of enthusiastic and fanatical priests of our future, will look like Marcus Aurelius. 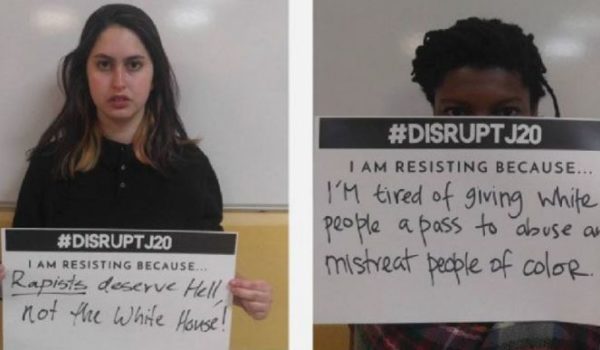