In case you are unfamiliar with California Rep. [score]Maxine Waters[/score], D (for “Dumb”), then a brief introduction is needed to set the stage. In 2013, Congresswoman Waters warned the American people that sequestration, if it became a reality, would cost the nation 170 million jobs. She never explained how it was possible for a country with 134 million people in the workforce to lose that many jobs, but maybe math was never her strong suit.

Neither evidently is the U.S. Constitution, despite her job in government. On Monday, Waters, who is among the thirty Congress members who have said they will sit out the inauguration of Donald Trump, told MSNBC’s Chris Matthews that Trump had committed an impeachable offense.

So, was she referring to his possible involvement in Russia’s hacking of DNC communications or maybe to some hidden criminality in his business career? Nope. It was name calling. But let Waters tell it. The transcript follows:

I’m pretty sure that it was Trump himself who “came up with ‘Crooked Hillary,” though I’m equally sure that the Democrats in Congress would have an easy time drafting articles of impeachment over this offense. 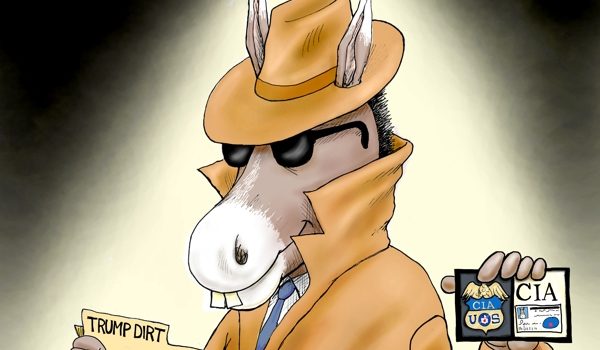