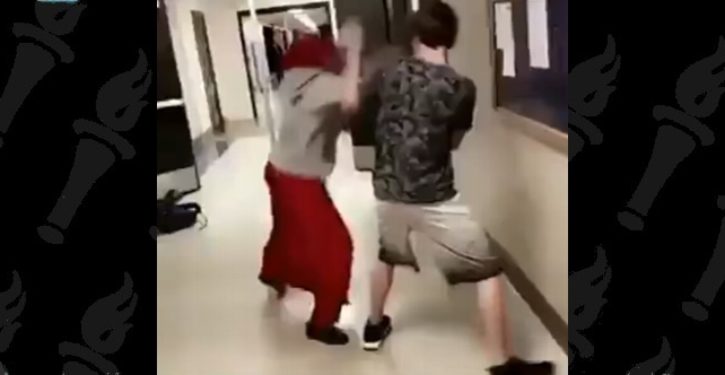 [Author’s note – Since going to press, I have unearthed a short fragment of the original video, which appears at the end of the post.]

The grainy video, titled “Welcome to Washburn,” has been removed from social media, but not before it received 6.5 million views and 29,000 comments. Most of the comments expressed outrage over a teenage “Islamophobe” tugging at a female Muslim student’s hijab. Some were heartened by her choice to defend herself using her fists.

But what appeared to be another act of intolerance against the religion of peace turned out in fact to be a another hoax. According to Dirk Tedmon, a spokesman for the Minneapolis school district, which includes Washburn High School, the families of the two actors in the video confirmed that the two are actually friends and that the clip was intended as a “joke.” An excellent one, I might add.

According to the StarTribune, when Tedmon was asked if the “pranksters” face disciplinary action, he responded that such information is not public, adding:

We want to make sure our families know the school community works continually to keep our buildings safe.

Regular readers of this blog are well acquainted with this notion, known as zero tolerance. In observance of this policy, one school prohibited a 7-year-old blind girl from bringing her cane on campus, fearing it could be used as weapon, while another suspended a sixth-grade boy for saying the word gun on a school bus.

So just to clarify, when an elementary school student pretends that his extended forefinger is a gun, he is a danger to his classmates. But when two high school-age students stage a “play fight” with a somber political message, administrators have no problem.

Philadelphia teachers plan a full week of Black Lives Matter lessons
Next Post
Cartoon of the Day: ‘Here … it’s all yours now’ 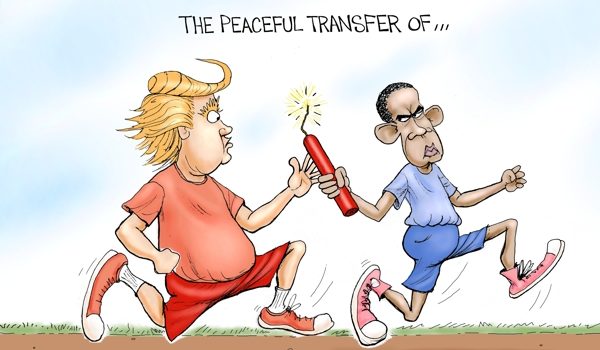