Citing “tradition,” White House Press Secretary Josh Earnest said Monday that after the conclusion of the inauguration, the former president will “take one last flight aboard the presidential aircraft.” (The rumored, but yet to be disclosed destination, is a warm vacation spot.)

The operative word in the above paragraph is “tradition.” But any semblance of post-presidential tradition ends with that flight out of Washington. Earnest further explains, “But they [the Obamas] will return, of course, to their rented house here in Washington, D.C.” (In fact, the “rented house” is a $5 million dollar mansion less than 2 miles from the White House.)

No one knows because 96 years have transpired since President Woodrow Wilson left the White House in 1921 and chose to stay in the capital city. (Wilson’s post-presidency was quiet, short, and uneventful because while still in office in 1919 he suffered a debilitating stroke and died in 1924.)

But Obama’s post-presidency is expected to be the polar opposite of quiet, short, and uneventful, starting with Obamas previously announced plans.

The “official” reason the Obamas are staying in Washington is so daughter Sasha can graduate from high school without a change of locale. Since she is only a sophomore at the elite Sidwell Friends school, the Obamas are likely to be Washington fixtures at least until mid-2019. This means more than two years of what could potentially be among the most contentious, ugly, dirty, and bitter times in modern American political history.

Even if Obama spent his immediate post-presidency living in Chicago, the above would still apply. But with the current and former president breathing the same hot Washington air, we can expect an acceleration of local climate change.

In fact, these surreal circumstances could be the basis for a new “fictional” Netflix mini-series rivaling the popular “House of Cards.” Here is the pitch for this putative series called “Legacy.”

In the White House is a newly installed president named “Trump.” He is a billionaire businessman and former television reality show star. He has never held public office and firmly believes that he has a mandate to undo or change nearly everything his predecessor “accomplished.”

Meanwhile, living 2 miles away is the former president, named “Obama,” who is breaking from tradition and remaining in Washington. In the pilot script, we learn that Obama spent all of his political capital trying to prevent the current president from winning the election while backing a flawed candidate who ran on continuing Obama’s “legacy.” There are emotional “flashback” scenes from the recent campaign when Obama repeatedly asks voters to keep his legacy alive by voting for his chosen successor.

The producers read aloud what they think is a powerful line from the “fictional” script establishing the conflict between President Trump and the former president. It is a quote from President Obama during the campaign when he states that Trump is “unfit to serve as president – someone who can’t be trusted with his own Twitter account, let alone the nuclear launch codes.”

Unfortunately for the former president, not only did his chosen candidate lose, but his party failed to regain any control of the legislative branch. The script has Obama pacing around his mansion trying to understand why, over the course of his eight-year presidency, his party was decimated at the national, state and local level. He tells his wife that it was a “messaging problem,” although it is widely accepted that Obama’s failed policies gave rise to President Trump.

However, all political realities are secondary to the former president’s main obsession: He is hell-bent on salvaging his legacy. In this quest, Obama knows his most important allies are the media who brought him to prominence in 2004, elected him in 2008, and re-elected him in 2012. There are scenes where Obama is strategizing with powerful television executives who conspire to help shape his legacy while denigrating the current president. The executives’ overall plan is to keep the former president relevant and popular so he can continue to “fight” for what is “right” and “good” about America.

Meanwhile, President Trump is equally obsessed with showing the nation and the world why he won the White House, with his party controlling all the levers of power. Trump is a man of action, and failure is not an option. Therefore, the new president has no tolerance for anyone who gets in his way, especially a “defeated” former president with a “narcissistic” personal agenda for whom facts are inconvenient.

And so the stage is set: a clash of presidential Titans with verbal fireworks frequently erupting. As part of the media plan, Obama clings to the limelight with his high-profile socializing. Because of all the favorable media coverage, he is mobbed by adoring fans as he flits about town. Obama has a habit of making snide, sometimes cryptic remarks to reporters about Trump’s actions or policies. This infuriates the president who strikes back in a variety of subtle and not so subtle ways generating endless media coverage while escalating the war between Trump and Obama.

The Netflix executive listens patiently to the pitch but says the show is devoid of political reality and insulting to the office of the president. She finally cuts the meeting short when the script goes off the rails, calling utterly ridiculous the fact that President Trump’s daughter (who is also the de facto first lady and married to one of the president’s top advisers) is living around the corner from the former president and his family. Of course, they all keep running into each other, creating some awkward scenes and many headlines both real and imagined.

As the executive walks the producers out of her office, she says she loved the scene in the pilot script when one of the former president’s henchmen yells at Obama saying, “the American people are sick and tired of hearing about your damned legacy.”

Yes, in life and politics truth can be stranger than fiction. Netflix may have “rejected” the “Legacy” mini-series, but the world will be watching in real time. 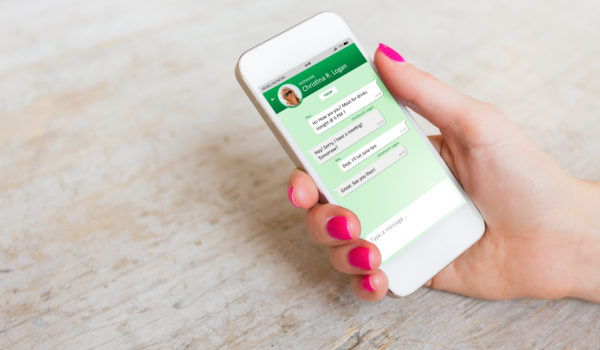 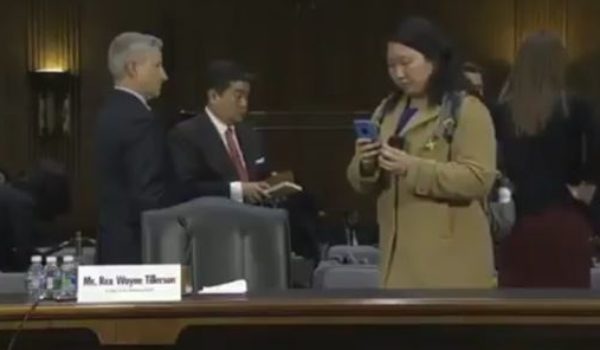