On the same day that former Obama press secretary Jay Carney added his two cents to the developing legend of Barack Obama as a president whose administration was scandal-free, the latest attempt by the Left to scandalize the incoming president has hit the virtual newsstands — not to mention a new low.

“Engulfed in a major scandal less than 10 days from his inauguration,” blares IBT, “President-elect Donald Trump could face even more disturbing allegations as reportedly more than one intelligence source was aware of the so-called Golden Shower Gate details, Raw Story reported Wednesday.”

And what exactly is Golden Shower Gate, which already has its own hashtag on Twitter? It is the allegation from the now-discredited “dossier” that Trump arranged to have Russian prostitutes urinate on a bed in the Ritz-Carlton Hotel in Moscow previously slept in by Barack and Michelle. Obama.

The details, which follow in a tweet by BuzzFeed’s Alice Workman, mention the president-elect’s “personal obsessions and sexual perversions.”

Not every left-leaning news source was on-board with the account. Here’ s Politico’s Kenneth Vogel:

We chased Ritz-Carlton story in Sept. But we were skeptical about the golden showers bit, which seemed too icky for a germophobe like Trump.

Golden showers, should the term be unfamiliar, is any sexual fetish involving urine. I presume that the Community diner, a restaurant in Bethesda, is hoping its customers won’t be familiar with the connotation. Why else would anyone order their new special menu item, the Golden Showers Burger?

The U.S. dropped an average of 3 bombs per hour last year
Next Post
Cartoon of the Day: Trump media school 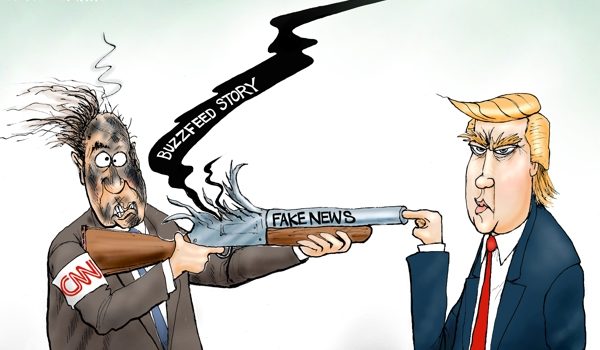