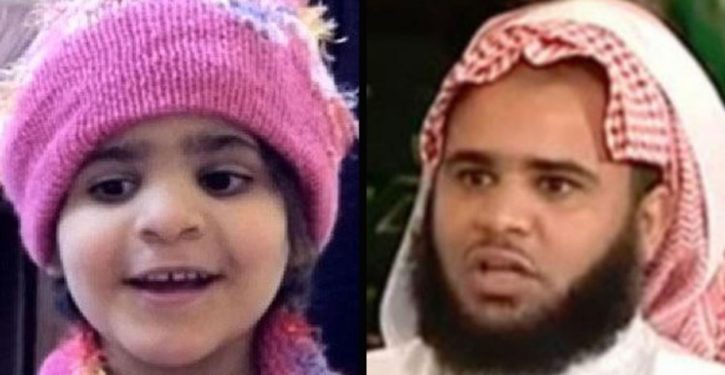 If you think the above-described crime by Fayhan al-Ghamdi, a “celebrity” preacher in Saudi Arabia, represents the bottom rung on the ladder of depravity, it is because you have not learned his sentence: He was ordered by a judge to pay £31,000 in compensation to the mother of the dead child. Case closed.

And if that’s enough to get the blood shooting out of your eyes, this should do the job: The amount under Islamic law is half what the assailant would have been required to pay if the child he murdered had been a boy!

The Independent notes that the little girl, named Lama, “suffered multiple injuries including a crushed skull, broken back, broken ribs, a broken left arm and extensive bruising and burns. Social workers say she had also been repeatedly raped and burnt.” Albawaba News adds that the staff of the hospital where Lama was taken told her mother that the “child’s rectum had been torn open and the abuser had attempted to burn it closed.”

Al-Ghamdi admitted to inflicting these injuries “using a cane and cables.” But instead of receiving the death penalty or a life sentence, a judge ordered the preacher, who frequently appears on TV, to pay a cash settlement to the girl’s mother.

A footnote to the story via the Independent:

Formal objections to the ruling have been raised by three Saudi activists, and the twitter hashtag #AnaLama (which translates as I Am Lama) has been set up.

Local reports say public anger over the settlement is growing across Saudi Arabia, with authorities planning to set up a 24-hour hotline to take calls about child abuse. 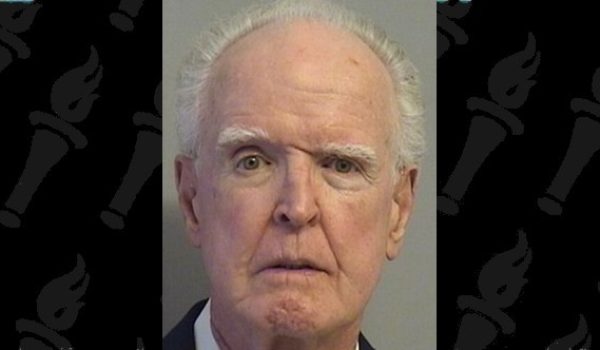 Former doctor gets 14-years for rape of 12-year-old girl he was baby-sitting
Next Post
British ‘man’ announces he is pregnant, excited to give birth to first U.K. baby born to male