It’s a riot suddenly to see Democrats tripping all over themselves to curry favor with the deplorables (formerly bitter clingers) who voted for Donald Trump.

Suddenly the “white male menace” of the past eight years is banished to the realm of myth. Get a load of Joe Biden during an interview on CNN last week: “I mean these are good people, man! These aren’t racists. These aren’t sexists.”

It would be more fun to hear his soon-to-be-former boss utter those words, but they wouldn’t be believable if he did. Not that any of these profligate sons should be welcome to the fold that readily.

In the meantime, new spells and incantations emerge daily in the hopes of winning back what Obama Secretary of Agriculture Tom Vilsack charitably calls the “other 15% of the population,” referring to rural America.

Liberal commentator Bill Scher has an article today that begins with his own warning to fellow Lefities  — “You don’t win over voters by calling them racist. That’s just smart politics” — before going on to coin a neologism he calls reverse political correctness. Here’s his explanation:

Many conservatives (and some liberals) have long railed against “political correctness” for chilling discourse. For example, if you accuse someone of being a racist, you taint the other person as “deplorable” and shut down the conversation.

But in the aftermath of the election, the roles are now somewhat reversed. Accuse someone of branding people as racists because of their political positions, and you taint the other person as a condescending “coastal elite,” and shut down the conversation.

Conservatives are far from the only ones trafficking in this “reverse political correctness.”

All this serves to demonstrate is the Scher doesn’t what political correctness is. Political correctness isn’t just calling someone a name, although it generally includes the hurling of slurs and epithets. PC, rather, is clinging stubbornly to a system of belief in the face of counter-evidence and then trying to create laws around it.

An example is the belief among liberals that women in the workplace earn 77% of what men make for the same job. Study after study has demonstrated that the so-called gender wage gap doesn’t exist. Yes, women do earn less than men on average, but that it usually a result of working fewer hours or some other extenuating circumstance. Yet, liberals, who fancy themselves the party of empiricism, are having none of it.

In many examples of PC, liberals refuse to compromise regardless of how reasonable the conservative position might be in the first place. Take the controversial case of men who “self-identify” as women having access to women’s bathrooms and changing rooms. Any argument that the hapless intended users of these facilities might be modest and cherish their privacy falls on deaf ears. It’s libs’ way or the highway.

If reverse political correctness were a thing, it wouldn’t be exemplified by conservatives calling liberals “coastal elites.” It would be conservatives insisting that their rights trump those of liberals at every turn and that the discussion is closed.

But Scher and company aren’t really interested in understanding how conservatives are different from them or in beginning a constructive dialog. They are just sore that they lost the White House and control of both chambers of Congress. When the pendulum swings back, as it almost certainly will some day, they can go back to ridiculing and heaving insults at those on the Right. 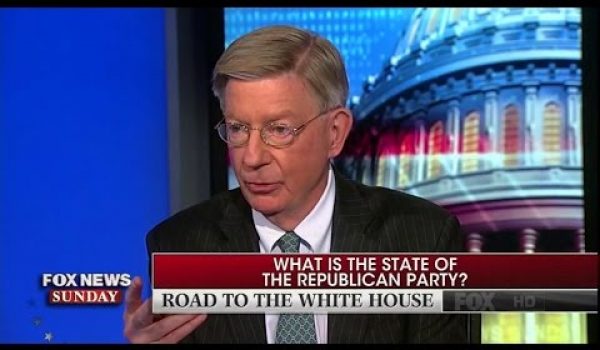 George Will: The GOP is as strong as it’s been since the 1920s
Next Post
What time will the Electoral College vote occur?