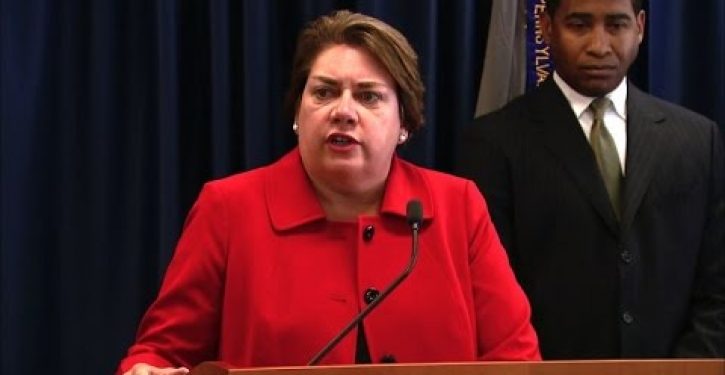 About a year ago we reported on the nefarious dealings of Pennsylvania Rep. [score]Chaka Fattah[/score] (D) and how his activities would soon be leading him to prison.

On Wednesday that prediction became true.

The Department of Justice filed indictment charges against Fattah, connecting the congressman to a racketeering case that alleges the misappropriation of hundreds of thousands of dollars after his failed mayoral campaign.

Fattah and several of his associates were charged with bribery, conspiracy to commit (several different kinds of) fraud, money laundering and other charges!

Fattah was found guilty of most of the charges against him and a federal judge in Pennsylvania sentenced him to some very hard time.

…Fattah was sentenced Monday to a 10-year prison term by a judge who said he was “astonished” that a veteran legislator would steal government and charity funds to pay his son’s debts and buy a vacation home.

The jury found he took the $1 million loan from the chairman of Sallie Mae, the student loan corporation. He returned $400,000 of it and repaid some of the rest with federal grant money he had steered to an education nonprofit run by former aides… “For someone so interested in advancing education for the disadvantaged, you had the temerity to steal from the Educational Advancement Alliance, a nonprofit supported by government funds,” U.S. District Judge Harvey Bartle said.

Fattah was also convicted of using nonprofit funds to repay his son’s college loans, and of accepting an $18K bribe from a former Philadelphia deputy mayor who wanted a job in the Obama administration.

Fattah has until January 25 to report to federal prison and still plans to appeal the conviction.

The disgraced Congressman actually got off lucky, considering that prosecutors were seeking a 17-22 year sentence. Fattah will enjoy a reunion of sorts in prison because his son has already begun serving a sentence for an overlapping corruption conviction.

It is hoped that justice will be served and we won’t see anything from Fattah for the next decade. Public corruption must be dealt with harshly because it undermines the very fabric of our society. The Fattah saga is just the latest example of Democratic malfeasance, but it’s hardly a unique case (see examples here, here, here, here, here, and here).