Should universities and colleges be able to retain federal funding when they tolerate what is arguably anti-Semitism from college-sponsored groups on their campuses?

If there is an argument about what actually constitutes anti-Semitism, for the purpose of question one, who decides the issue?

The answers to these questions are only hard if you don’t know how to do freedom of speech anymore, or separate the realm of unsubsidized private speech from the realm of what the taxpayer is on the hook to subsidize.

America too often proves now that she no longer recognizes the framework of free speech.  And she proves constantly, at this point, that she can’t separate unsubsidized private speech from taxpayer-subsidized speech.

We’re seeing that in spades with the controversy emerging over a current push in Congress to adopt the U.S. State Department’s definition of anti-Semitism, for the purposes of the U.S. Department of Education.  Congress’s intent is to ensure that the Education Department has a consistent, rigorous standard with which to advise schools on what constitutes anti-Semitism.  If schools fail to meet that standard, and/or fail to repair deficiencies, they could lose federal funding in various forms.

Anti-Israel groups, including BDS proponents and groups like Students for Justice in Palestine (SJP), are up in arms over this congressional effort, calling it an attempt to criminalize criticism of Israel.

They depict Congress’s move as a push to limit free speech – and that’s the main tack they are taking.  It’s perfectly chosen for their purpose, because no one likes the idea of limiting free speech.

Whereas proponents of what Congress is doing argue the opposite: that too often, “criticism of Israel” is the thinnest of veils for anti-Semitism.  And on college campuses, it has turned into a one-sided juggernaut, succeeding in silencing pro-Israel voices, and frequently involving intimidation of, and even literal assault against, Jewish students and other pro-Israel activists.

It’s important to know about these campus trends toward silencing and intimidation of Jews and pro-Israel voices; there is no doubt about that.  It’s because of these trends that Congress sees it as necessary to take action.

But these trends aren’t the deciding factor for the two questions posed at the beginning.  Those are the questions that relate to whether “free speech” is being curtailed by Congress’s move.  And we don’t even have to know the particulars of the anti-Semitism problem to answer them.

The answer to the first question is “no.”

The answer to the second question is “Congress.”

Speech can still be free, even if the government refuses, on behalf of the taxpayer, to subsidize it.  That’s what Congress proposes: to not subsidize speech on college campuses that Congress considers to be anti-Semitic.

You want to violate Congress’s definition – the definition adopted by the State Department, which is also that of the European Parliament Working Group – you are free to do so, but you’re going to do it on your own dime.  You’ll have to forgo federal subsidies.

Free speech does not mean that the taxpayer-funded government never has an opinion on what it will and won’t subsidize.  If that were the case, the people would never have the option of refusing to pay for anything.  No matter who you are, that would end up including a lot of things you would really hate paying for.  Why shouldn’t you have to subsidize pornography, KKK propaganda, Communist manifestos, or advocacy materials for pedophiles?

The baseline condition of liberty under limited government is that the government is not subsidizing everything we do.  Therefore, it is no form of punishment under the law to not receive a subsidy.  Even when a subsidy is withdrawn, that’s not a punishment being applied.  It’s a consequence of no longer meeting the criteria for eligibility.

We accept this reality in all kinds of situations, such as not being eligible for welfare payments when our earned incomes reach a certain level.  Not only does Congress “get to” set eligibility criteria for subsidies – Congress would be grossly negligent in its obligation to the taxpayers if it didn’t.

So all the impassioned appeals about free speech in this case are misdirected.  There is no attack being made on free speech.  Congress is using the power of the purse, defining what it will and won’t subsidize.

Now, that should be food for thought, at the level of principle.  Kenneth Stern, at the New York Times link above, asks:

What’s next? Should Congress define what speech is Islamophobic? Anti-Palestinian? Racist? Anti-white? How about defining “anti-United States” speech? We could dust off the files of the House Un-American Activities Committee.

And those are good questions about how the power of the purse might be used.

But the proper response is not to carve out a taxpayer-subsidized immune space on our college campuses for anti-Semitism.  What Stern is actually arguing goes beyond saying Congress mustn’t define speech for the purpose of outlawing it.  Stern is saying Congress can’t define speech for the purpose of using – or not using – the taxpayers’ money to fund or enable it.

Of course Congress can define speech for that purpose.  How else can Congress keep government accountable to the people?

If the envisioned effect of such a move by Congress is an undesirable and pervasive crackdown on campus activities, that’s an indicator of how extensively colleges depend on federal funding, and how intensively regulated they already are.

The solution cannot be to pick forms of one-sided intolerance (like “anti-Israel criticism”), one by one, that the American people will be required to subsidize.

If the anti-Israel activists really want to be free from oversight by Congress on college campuses, the proper solution is to decouple federal regulation and funding from the policies of colleges and university systems.  In that case, the anti-Israel activists would have only state legislatures, school trustees, academic leadership, and donors and alumni to deal with.

But they cannot hide behind the banner of “free speech” and demand that the U.S. taxpayer subsidize their use of campus venues regardless of how they use them.

As Kenneth Stern’s questions remind us, that is a cautionary point for all of us.  John Marshall wrote in 1819 that the “power to tax involves, necessarily, the power to destroy.”  So does the power to subsidize.

Especially if we lose sight of the difference between protecting free speech, and being required to involuntarily subsidize speech we find offensive – or, in the case of anti-Semitism on campus, dangerously tendentious, intimidating, and destructive. 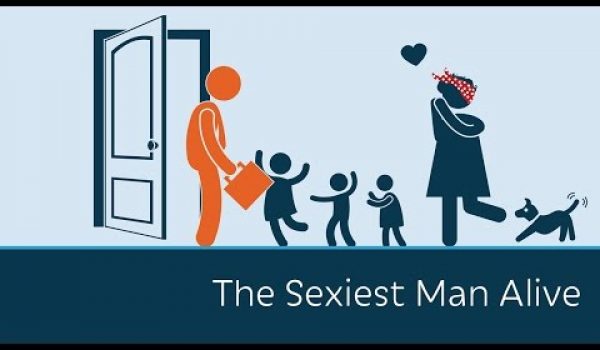 Video: The sexiest man alive
Next Post
Careful what you wish for: Petition demands do-over of presidential election