Day after day, the mainstream media “news” about Trump remains relentlessly bad.  If you fed yourself a diet of nothing but “MSM news about Trump,” the indigestion and food poisoning would have killed you by now.

Casual readers can avoid consuming this news by staying away from the mainstream TV networks and newspapers, and the supposedly “centrist” websites, like Politico.  (If you don’t know enough to stay away from sites like Slate and Salon, or avowedly left-wing magazines’ websites like New Republic and Atlantic, we can address that via separate correspondence.)

But if you’re a political blogger, and you need to survey what’s out there every day, it’s been downright funny to see the media slinging everything they can come up with at Trump.  The desperation is palpable.

The desperation is understandable, too, as it happens.  Some of the things the media can find to lob at Trump have always been effective before.  Under ordinary conditions, we would expect them to be so now.  But they’re not.  Nothing is working the way it’s supposed to.

And it’s really inexplicable because Trump himself is far from a morally pristine character.  He brings plenty of baggage.  Certainly a lot more baggage that would normally bear looking into than the politicians he ran against in the primaries.  Remember when the MSM actually made headway with idiotic themes like “Marco Rubio bought a fishing boat” and “Ted Cruz’s little girl shied away from a public hug”?

Trump has flaws and skeletons that no ordinary Republican would survive, and yet he survives them.  Why should he get away with so many things way worse than putting his dog on the roof of the car for a road trip?  He isn’t statesmanlike, or “clubbable” among decent, peaceable people.  How is it possible that Trump is getting a pass from the cosmos, instead of a deserving, high-toned person like Mitt Romney?  What’s going on here?

I think it’s pretty simple, if we just change the direction we’re looking in.  It’s not about Trump.  (It is, to the extent that he doesn’t lose heart and back down when he’s under attack.  That does matter, a lot, but I’m asking you not to focus on it, because if you do, you’ll miss the structural development that’s important here.)

It’s about the fact that the mainstream media’s hold on the public dialogue is being broken.  That is literally what is happening, right before our eyes.

Conservatives have been warning for years that people would eventually stop paying attention to the MSM, because the usual-suspect media are so in the tank for radical-left ideology that they just lie about everything in order to make it fit their narrative.

Well, that day has arrived.  You can decide for yourself why it’s Donald Trump who gets to benefit from the moment.  I have my own ideas on that, but they’re for another time.

The point is that the media have spent months trying to take Trump down with every tool and trick they have.  In the last two weeks, they have ramped their efforts up to a fever pitch.  But their volleys are bouncing harmlessly away outside the fault lines of public consciousness.  No one is listening.  No one cares.  They can’t get traction with anything.

And why is that?  It’s not because the people have become callous, cynical, and immoral. (Well, some have.  But not the vast majority who just took part in the presidential election.)

It’s because the people know perfectly well that the media don’t mean to inform them, for any honest purpose, but only mean to undermine Trump in whatever way they can manage to – fair or foul.

It has consequences, that the people don’t trust the mainstream media.  We’re seeing the first big one.  The media can’t bring Trump down.

I urge my fellow legacy conservatives not to be alarmed or disoriented by this.  This is a good thing.  It has been necessary for a long time now.  None of us sees clearly where this will go next.  But the implications are far-reaching.

The media empires that have run our public discourse for decades will not survive this.  And just think about this one implication of that: it means there won’t be centralized media buttons for someone like George Soros to push, to sell the narratives that he prefers and make sure they drown out everything else.  His whole “Open Society” model of targeted influence will lose its framework.

I’m not convinced that titans like Google and Facebook will have the power many people think they do, to squeeze out conservative media with censorship policies and false accusations of “hate speech.”  I’ve written before, in very broad strokes, about what’s needed to break their power.  That said, I certainly don’t have all the answers.

But don’t despair if you don’t see how we get around the power they do wield today.  Who’s been telling you for seven years that America has always beaten the odds, huh?  You didn’t see Trump coming either, two years ago.  Neither did I.  But here he is.

Go for it all: Just break California up
Next Post
According to Southern Poverty Law Center, expression ‘Drain the swamp’ is racist 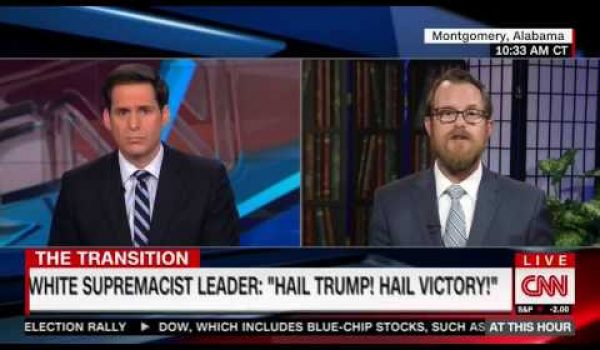