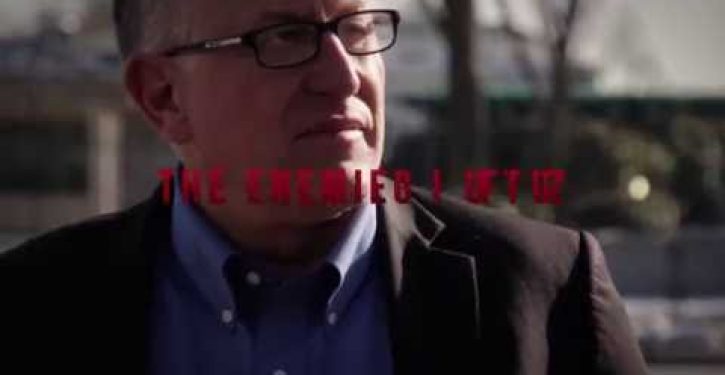 Communist Party USA, Democratic Socialists of America, Workers World Party, the Institute for Policy Studies, Council for a Livable World — it reads like a who’s who for radical anti-Americanism. But these and other groups bent on the destruction of America as we know it are not just fringe elements on the outside looking in. They have infiltrated our government, including the halls of Congress.

Who are they and what are their names? Both questions are answered in a riveting film by Trevor Loudon, a celebrated author, filmmaker, and political commentator from New Zealand, who has been researching the radical left for more than 30 years.

In “The Enemies Within,” a trailer for which follows, Loudon profiles fourteen Senators and more than fifty Representatives who seek to complete Barack Obama’s fundamental transformation of the United States of America, which —Loudon argues — is the last bastion against the total suppression of freedom as we know it.

Readers are urged to purchase a copy of this eye-opening documentary and share it with as many patriots as you can. The nation’s future depends on it.