In the 100 years since its founding, Planned Parenthood has grown from a single small birth control clinic in Brooklyn to a well-oiled abortion machine operating 650 clinics across all 50 states.

On the subject of abortion, Planned Parenthood’s founder Margaret Sanger wrote, “The most merciful thing that the large family does to one of its infant members is to kill it.” She was elaborating a point in a chapter of her 1920 book titled “The Wickedness of Creating Large Families.” Although Planned Parenthood tries to downplay its whopping abortion numbers, there’s no doubt the organization has done its founder proud.

Planned Parenthood abortionists have pulled apart, crushed, or chemically ended the lives of at least 4,481,195 unborn babies since 1999, according to its own annual reports available online. And Jim Sedlak at American Life League puts the sum total at nearly 7 million based on his review of earlier reports.

On the other hand, Planned Parenthood reports staff referred women to adoption services just 33,532 times since 1999. That’s about 133 lifeless fetuses for every adoption referral.

Planned Parenthood attempts to downplay these shocking numbers by using a ridiculous calculation to insist abortions are only 3% of what happens at clinics. A woman who visits a clinic one time and gets a pregnancy test, a contraception kit and a pap smear is counted as having received three services, while a woman who visits for an abortion is counted as having only one service. Then Planned Parenthood tallies them up and says abortions are a fraction of the millions of services it offers each year.

“This is a little like performing an abortion and giving a woman an aspirin, and saying only half of what you do is abortion,” Rich Lowry wrote in a piece debunking the statistic in The New York Post.

By contrast, the number of those other non-abortion services Planned Parenthood provides has dropped sharply over the years. For example, the number of breast exams has declined from more than a million performed in 1999 to just 363,803 performed in 2014. These trends are illustrated in a chart from Americans United for Life based on Planned Parenthood’s annual reports.

While it has grown its abortion business and planted its feet firmly as the leader of the pro-abortion movement, the organization has also developed an amazing ability to weather attacks and scandal, often with the help of friendly press and friendly politicians.

Most recently, of course, the “health” organization’s dealings in the parts of aborted fetuses was exposed by a series of undercover videos released by the Center for Medical Progress. Top Planned Parenthood doctors talk frankly and callously about the best way to abort an unborn child in order to properly harvest its brain and limbs for researchers across the world. The stunning tapes led a number of states to defund Planned Parenthood, and multiple congressional investigations into the fetal tissue industry.

Congress even managed to pass a bill defunding the organization at the federal level, which would deprive it of about half a billion tax payer dollars it receives every year. But the revelation that Planned Parenthood was dealing in aborted baby parts was not enough to get the bill past President Barack Obama’s veto override.

That’s likely in large part due to the huge sums of money Planned Parenthood and its affiliates have spent lobbying Congress and trying to influence elections, including an unprecedented $30 million spending spree to elect Democratic nominee Hillary Clinton  this year.

Since 1990, the organization and its affiliates have dumped more than $50 million into the political system, according to the non-partisan Center for Responsive Politics. The money came through a combination of contributions to candidates and committees ($8.5 million since 1990), lobbying Washington ($15 million since 1998) and outside spending on campaigns ($30.2 million since 2012). That includes nearly $1 million in contributions to PACs, candidates or political committees in the 2016 election alone, making Planned Parenthood one of the most generous givers of the cycle.

“They put themselves in role of martyr while at the same time making money hand-over-fist,” said Kristi Hamrick of Americans United for Life told USA Today regarding centennial anniversary. “The thing they’re really good at is public relations and marketing and making money.” 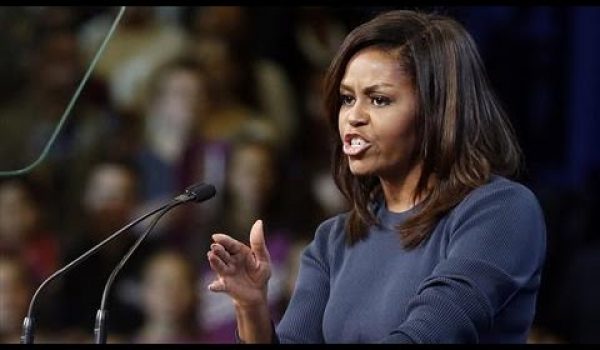 Quote of the Day: ‘The men I know don’t treat women this way’
Next Post
Texas group sues to halt investor-visa program