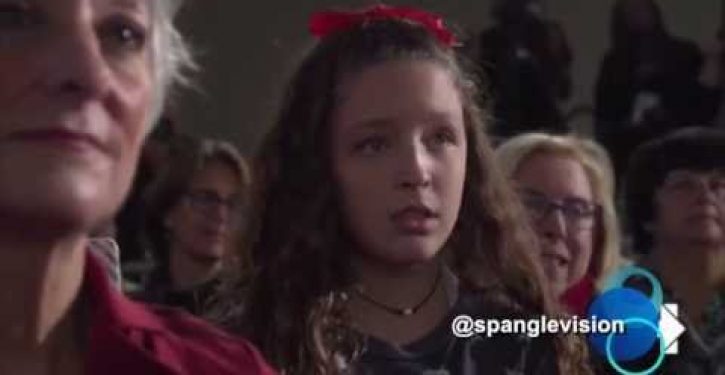 The deception on the part of Team Hillary is being amped up by the minute, it seems. The Clinton campaign actually had the gall to plant a teen actor in the audience at a town hall event in Haverford, Pa. Tuesday night to ask a scripted question.

You’d think if nothing else they’d have had the kid use an assumed name. Then again, since she’s in known in the community, the campaign probably decided to gamble and just let the girl use her actual name and hope viewers at home would be none the wiser.

Here’s the Q, followed by Clinton’s equally spot-on A:

Hi, Madam Secretary. I’m Brennan and I’m 15 years old. At my school body image is a really big issue for girls my age. I see with my own eyes the damage Donald Trump does when he talks about women and how they look. As the first female president how would you undo some of that damage and help girls understand that they are so much more than just what they look like?

Notice how artfully the question writer — er, make that Brennan — worked in the name Donald Trump and the words women, looks, and female president.

I’m so proud of you for asking that question. You are right — my opponent has just taken this concern to a new level of difficulty and meanness. And, it’s shocking when women are called names and judged solely on the basis of physical attributes. [Ed. – Yeah, just ask Gennifer Flowers, Monica Lewinsky, Kathleen Willey, etc.]

My opponent insulted Miss Universe. I mean, how do you get more acclaimed than that?  But, it wasn’t good enough. So we can’t take any of this seriously any more. We need to laugh at it. We need to refute it. We need to ignore it. And we need to stand up to it.

Applause, please … and not just for Hillary’s excellent answer but the performance given by young Brennan, whose full name is Brennan Leach. She is the daughter of Pennsylvania State Democratic Senator Daylin Leach. As a pro, herself, Brennan has an IMBd page as well as a page at Acting/Casting Network, complete with pictures, via Conservative Treehouse:

The YouTube channel Spanglevision has a complete analysis of the charade: 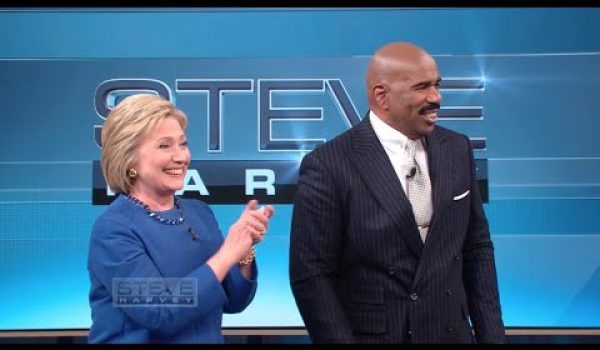 Hillary acts surprised at questions Steve Harvey asks … despite having seen them
Next Post
Dozens of Afghan soldiers missing from military training programs in U.S.